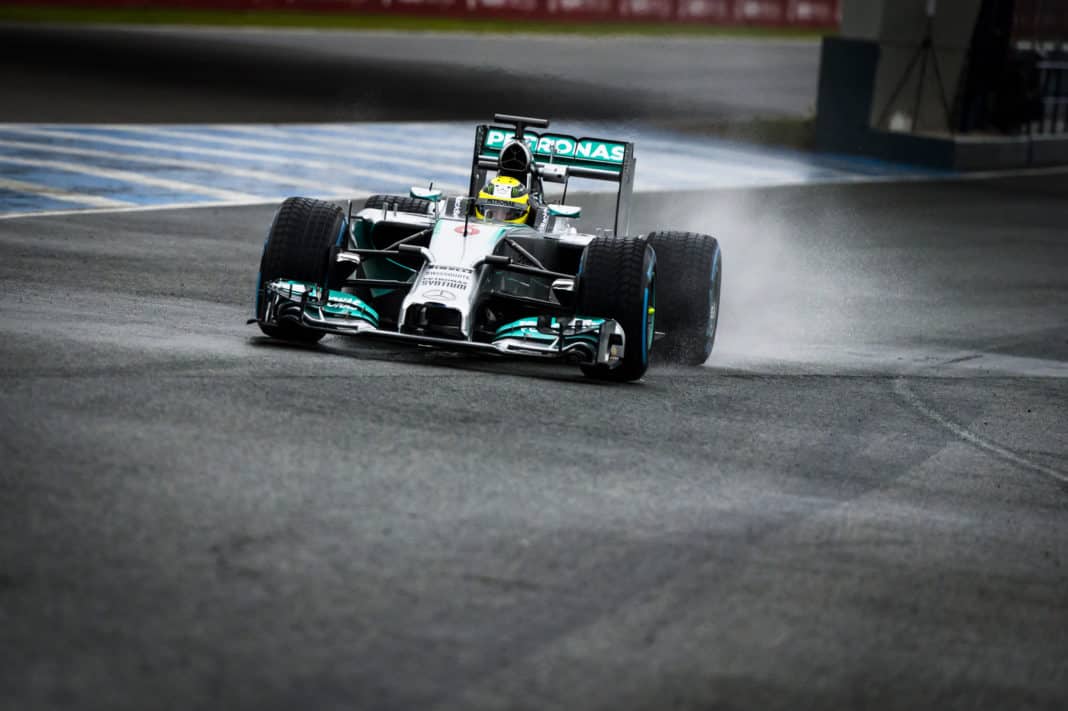 Formula 1 cars are designed to travel at breakneck speeds. However, the high-level performance of these cars means the components need to work extremely quickly. These components could be damaged if they aren’t cooled in time, but many F1 fans aren’t sure how the cars are cooled.

In this article, we’ll explain everything you should know about the cooling systems installed in Formula One vehicles. Once we’ve explained why engineers decided to use both water and air-based cooling systems in these vehicles, we’ll discuss how different critical components are cooled.

Are Formula 1 Cars Cooled With Air Or Water?

Water-cooled engines and radiators are used in most modern cars. With these cooling systems, water pumps and hoses are used to circulate a water and coolant mixture through the car’s engine. This engine’s heat is transferred to the coolant before being cooled in the radiator.

Naturally, many F1 fans have wondered how the cooling systems of F1 differ from this; do F1 cars also use water-cooling, or do they opt for air-cooling? The answer to this question may surprise even longtime F1 fans: the cars use both water and air-cooling. While some components are water-cooled, like the engine, others rely solely on air-cooling, like the brakes.

The cooling systems in Formula One cars are meticulously planned to ensure the car remains effective without compromising the aerodynamics. After all, F1 cars can accelerate from 0 to 60mph in under 3 seconds and are designed for racing at speeds upwards of 220mph. To support this high-level performance, a dynamic cooling system is required.

Naturally, many fans have wondered why F1 cars utilize both water- and air-cooling instead of relying on just one type of system. To support air-cooling, air inlets need to be built into F1 cars. However, these outlets effectively oppose the aerodynamics of the vehicle. By utilizing water-cooling for some components, the number of required air inlets can be reduced.

Ultimately, using water and air to cool F1 cars allows the cars to remain aerodynamic without the risk of any critical components seizing during a race. The following section will outline how these vital parts are cooled, including the engine, brakes, electronics, and more!

How Are Different Components Cooled In F1 Cars?

At the 2016 Mexican Grand Prix, Valtteri Bottas hit 231.4 miles per hour, which is the current record for the top speed reached during a Formula 1 race. Fans can only imagine the heat produced by Bottas’ car when he broke this record. With F1 cars still breaking speed records, many fans have wondered how different critical components in F1 cars are cooled.

Formula 1 engines are cooled similarly to modern cars, with some suitable adjustments made to support the higher performance levels. Instead of a water and antifreeze mixture that most regular cars use, F1 cars use a high-pressure mixture of glycol and water.

The high pressure is responsible for raising the mixture’s boiling point, allowing for better cooling properties at higher temperatures. This mixture travels through and around Formula 1 engines to cool the necessary components. The engine’s heat is transferred into the water and glycol mixture before being cooled by air that flows over the car’s radiators.

While there are clearly similarities between F1 cars and regular vehicles, adjustments to the cooling system are necessary for effective cooling. Most regular cars today will have a maximum rpm between 7000 and 9000. Although Formula 1 cars are capped by the FIA at 12,000 rpm, they could go up to 15,000 rpm without the FIA-imposed restrictions.

Due to the sheer heat that can be produced by F1 engines – which equates to half the temperature of the sun’s surface – both water- and air-cooling are used to effectively cool the engine. Ultimately, this increased power is the reason F1 cars have more complex cooling systems than regular cars on the road.

Electronics are a critical component in F1 cars. Many fans are surprised to learn that F1 cars have more than 300 sensors. During races, F1 cars need to transmit roughly 3GB of telemetry data and 4GB of logging data. Like the other components in the car, the electronics are at risk of overheating. In F1 cars, the electronics are cooled by air moving over the heat sink fins.

To cool down the battery of an F1 car during a race, both water and oil-based liquids are used. The specific combination that is used will depend on the design of the vehicle’s battery pack and the car’s aerodynamic properties. The cooling system used for F1 car batteries is usually combined with the cooling systems for the electric generators in the vehicle.