Are F1 Cars Bad For The Environment? 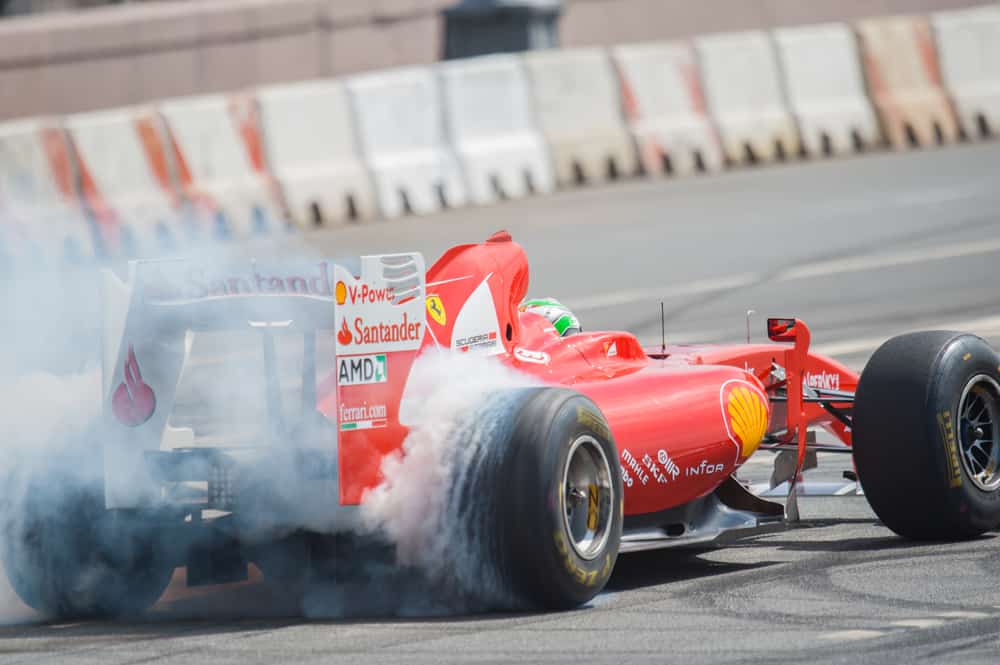 When we think of F1, we think of luxuries and excesses: very expensive cars, loud engines, throwaway tires… clearly not the most eco-friendly sport, right? But really, how bad is F1 for the environment?

F1 cars produce large amounts of CO2. However, it does not have a greater impact on the planet than other activities and sports. Furthermore, F1 is aware of this, and it is constantly evolving, making it more sustainable and efficient. This can have positive aspects, as much of the technology used in F1 can later be implemented in road cars.

So, even if it seems counterproductive, F1 may not be so bad for the environment after all. The objective of this article is to see how bad F1 is for the environment, what its plans are for the future, and other interesting questions that will offer us a detailed vision of the matter.

How Bad Is F1 For The Environment?

Seems like a lot, right? It is quite a significant figure, as, for example, a Boeing 747 aircraft consumes 150,000 kilograms of gasoline in a single 10-hour flight. And it is that of the total emissions of F1 during a season. Race cars only represent 0.7%.

Compared to a roundtrip flight from Madrid to New York, which emits between 900 and 1,350 tons of CO2, it would take about 227 flights like that to equal the total emissions of an F1 season.

This is not a very high figure, what happens is that, as in other sports, we must add the environmental impact of the fans, who travel long distances by car or plane to attend the races and also consume a great variety of resources once there. The impact of the fans is about 1.64 million tons per year, bringing the total emissions of F1 to 1.9 million tons of CO2 per year.

This seems like a very high figure, but it really is a problem for all sports and events globally, like football or basketball, not just F1. For example, the London 2012 Olympic Games emitted 3.3 million tons of CO2, while those of Tokyo 2020 about 2.93, and we must bear in mind that they lasted less than a month.

Is F1 The Most Sustainable Sport?

Over the last decade, F1 has tried to move away from its image of waste and excess for efficiency and sustainability by reducing its carbon footprint. Among F1 racing’s goals for a sustainable future are to have a net-zero carbon footprint by 2030 and host sustainable races by 2025.

These are ambitious goals, but the measures that have been taken in recent years are aimed at achieving them. According to a study by the Trucost organization, emissions from teams fell by 7% between 2009 and 2011, and from cars by 24% due to higher fuel efficiency and the introduction of the KERS system (Kinetic Energy Recovery System).

And F1 cars have become way more sustainable after switching from the V8 to V6 thermo-hybrid engines in 2014, which increased thermal efficiency from 29% to 40%. These engines are very efficient and consume much less fuel, and they have also proven to be quite fast.

In addition to improving every year in terms of sustainability and efficiency, F1 has tremendous power over other sports. And it is that the changes and technology that F1 introduces can be beneficial at a global level, as they can be implemented in road cars, meaning that F1 has a unique power in helping to reduce CO2 emissions around the planet.

Furthermore, commitment to sustainability also extends to cost reduction in all aspects. 2021 has been the first season in which the teams have a budget limit of 122 million euros, promoting greater equality for the competition. F1 is also trying to cut costs globally, using fewer and more sustainable materials.

After all, it is not so far-fetched to say that F1 is the most sustainable sport globally, or at least that it is headed to be.

Since 2010 refueling has been banned in F1, meaning that only the tires and the front wing can be changed in the pits. The main reason for this decision was safety, as refueling in the middle of the race added unnecessary risk for both the drivers and the mechanics.

When refueling in such a small amount of time, there was the risk that something would go wrong, such as a leak that could end in a fire. In the following video, which shows some of the worst pit stops in F1, we can see that many of them, and usually the most serious, are related to refueling, so its ban seems a fairly reasonable proposal.

In addition, another important factor was cost reduction and greater sustainability, so it was a very wise decision in that aspect. If F1 wants to give an image of greater efficiency and sustainability, it would be counterproductive for cars to refuel mid-race.

In 2016 the possible return of refueling to racing to “improve the show” was debated but was finally rejected, as it had more cons than pros and went against the image that F1 was looking for in the future. Some drivers favored refueling since they could go faster as the car would weigh less, but for the spectators, this difference would not be noticeable.

Refueling added a greater variety of strategies, as you could play with the degradation of the tires and the amount of fuel. Therefore, it also significantly affected the driving of the car. It is not the same to drive a very heavy car with a full tank and an almost empty tank. Now all cars start the race with a full tank, whereas before, each team made its own decisions about how much fuel to carry.

Even though it did generate more overtaking on certain occasions, the truth is that generally, the majority of overtaking occurred in the pits. This, together with the fact that today’s fuel tanks are smaller than before (from 180kg to 100kg) (so the difference in weight would be much smaller), means that the reintroduction of refueling would not generate much show.

In the following table, we can see the evolution of F1 engines over the years in terms of their tank capacity and power:

With this table, we can see a notable expansion of the power (measured by horsepower) identified at higher revolutions per minute (rpm) across the seasons. This means that the engines are becoming more efficient, coupled with a noticeable decrease in tank capacity.

Current engines produce 625 horsepower per liter of displacement: more than any era of F1. This is quite more impressive when considering that nowadays there are restrictions such as fuel flow, rev limits and that the engines have to last a third of the season, practices that were not done before.

All this means that F1 is making a great effort to create the most efficient engines globally and thus be more eco-sustainable.

F1 cars are bad for the environment because of the amount of CO2 they emit. However, analyzing it from a broader perspective, we can see that F1 is making a considerable effort to reduce its carbon footprint through running with a substantial amount of resources and in the search for a more sustainable sport in terms of CO2 emissions, engine longevity, fuel usage, and technological advancement.

In addition, as we have said before, these advances can have significant benefits because brands can later transfer them to their road cars, affecting a global level.

The key to F1’s efficiency philosophy is getting more with less. That is, creating the fastest and most technological cars in the world, which is an example for everyday life, as well as offering great races, since after all, F1 is a show.