Are F1 Drivers The Best? 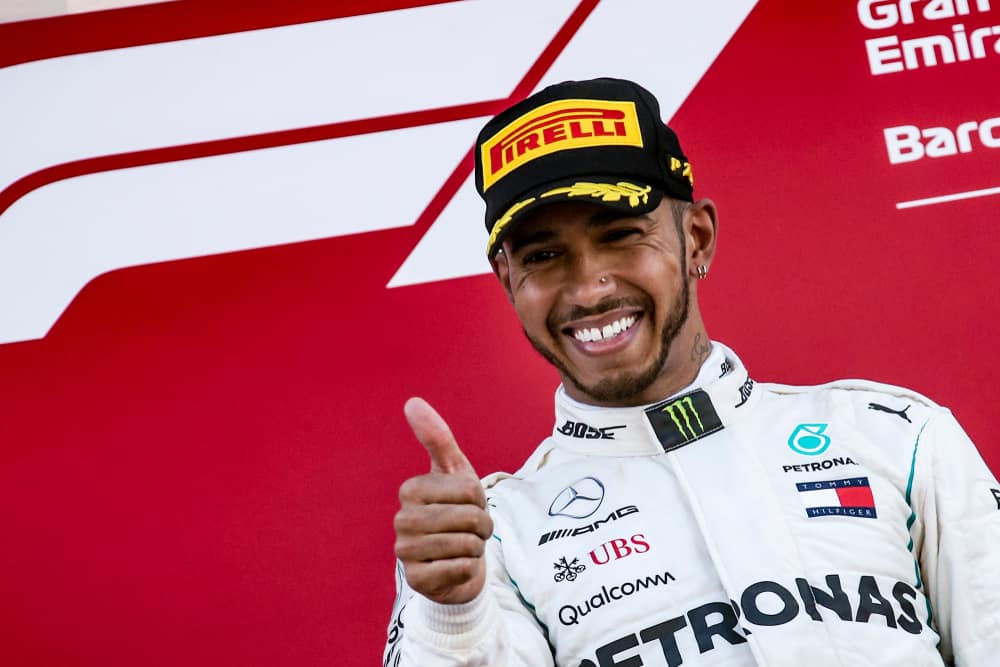 Formula 1 is widely regarded to be the pinnacle of motorsport and to be the most difficult motorsport to race, and the most challenging to succeed in. There is no doubt that F1 is among the giants of motorsport, and the drivers who compete in F1 are some of the top in the world, but are F1 drivers truly the best drivers?

F1 drivers are the most talented, the most skilled, the fittest, the most fearless, and ruthless drivers. They operate the fastest race cars in the world at the highest speeds of any motorsport. They must outdrive 19 other drivers to keep their seat. This makes F1 drivers the best in the world.

Formula 1 drivers are fearless, highly skilled, incredibly fit, and highly specialized athletes that devote themselves to driving the highest performing cars in motorsport at a level that no average person could ever dream of attaining. Let’s explore some of the reasons why F1 drivers are considered to be the best in the world.

Are F1 Drivers The Best in The World?

It is well known in the world of Motorsport that Formula 1 I the most intense form of motor racing. This sport has the biggest budgets, the best engineering, the fastest cars, and world-class drivers, but are the drivers of F1 the best in the world?

Formula 1 is home to 20 Formula 1 driver. Each of these drivers must possess tremendous driving ability and skill to keep their in seat in F1, or they will be replaced by a better driver.

Keeping a seat in Formula 1 requires a driver to be among the best in the world, or they will simply be replaced by someone better. This means that the drivers in this sport are constantly pushing to improve their skills and abilities to maintain their position in the sport.

Compared to drivers in other motorsports such as NASCAR or IndyCar, F1 drivers must have faster reflexes, stronger muscles, more stamina, stronger mental fortitude, immense driving skill, and a will to win that drives them to take risks on the track that other sports would deem unnecessary.

These drivers must be brave beyond the point of risk and fearless to the end. Only the bravest drivers with the most skill, the most talent, the most drive, and those that are the most ruthless will succeed in Formula 1.

What Makes F1 Drivers The Best?

The drivers in Formula 1 are the best in the world. These drivers must prove themselves every week of a racing season in order to keep their seats in the sport, and they must compete with 19 of the other best drivers in the world. Let’s examine what makes these drivers the best.

Formula 1 drivers are the best in the world simply because they have to be. This sport is the most prestigious and elite racing league in motorsport and also the most exclusive. Only 20 drivers compete in F1, and each one of them must maintain peak performance to keep their seat.

The cars that the drivers use in F1 also require them to be better than everyone else. The cars in F1 are so difficult to drive than a regular person hurt muscles and sprain ligaments merely attempting to drive one at speed. These cars require immense strength, dexterity, and stamina to operate at racing level.

The speeds that these racecars are capable of also require the drivers to be the best that they can be. Racing around a circuit at speeds in excess of 360KPH (223MPH) requires the reaction times and focus of a fighter pilot and the ability to make decisions that will impact the outcome of the race in a minute fraction of a second.

This requires immense mental faculties and strength to perform, which is not required in other racing leagues.

The speeds of the car, the difficulties of driving the car, the reaction times, the raw talent, the honed skill, the mental fortitude, the athletic ability, and the fearlessness of Formula 1 drivers make them the best drivers in the world, a clean-cut above every other driver in motorsport.

The Best Drivers In Formula 1

Let’s look at the best drivers in the current 2021 Formula 1 season.

Lewis Hamilton is a British Formula 1 racing driver who is currently the greatest Formula 1 driver on the grid. Hamilton has won a total of seven Formula 1 World Championships and stand to win his eighth title in 2021, which will make him the driver with the most World Championship wins in history.

As a driver in Formula 1, Hamilton holds more F1 records than any other driver and stands to break more records every year. There has never been a greater driver in the sport than Lewis Hamilton.

Max Verstappen is one of the youngest drivers on the F1 grid but also one o the best. Only Hamilton rivals this driver on the track. His fearless driving style, raw talent, and immense skill have placed him as the second-best driver in the sport in a short career so far of only six years in F1.

Formula 1 drivers are the best drivers in the world. There are no other drivers in motorsport that can compete with these world-class athletes, and they have earned this reputation fairly.

These drivers are the most skilled, the most talented, and the most fearless drivers in the world, and they have to be to maintain their seat in the sport.