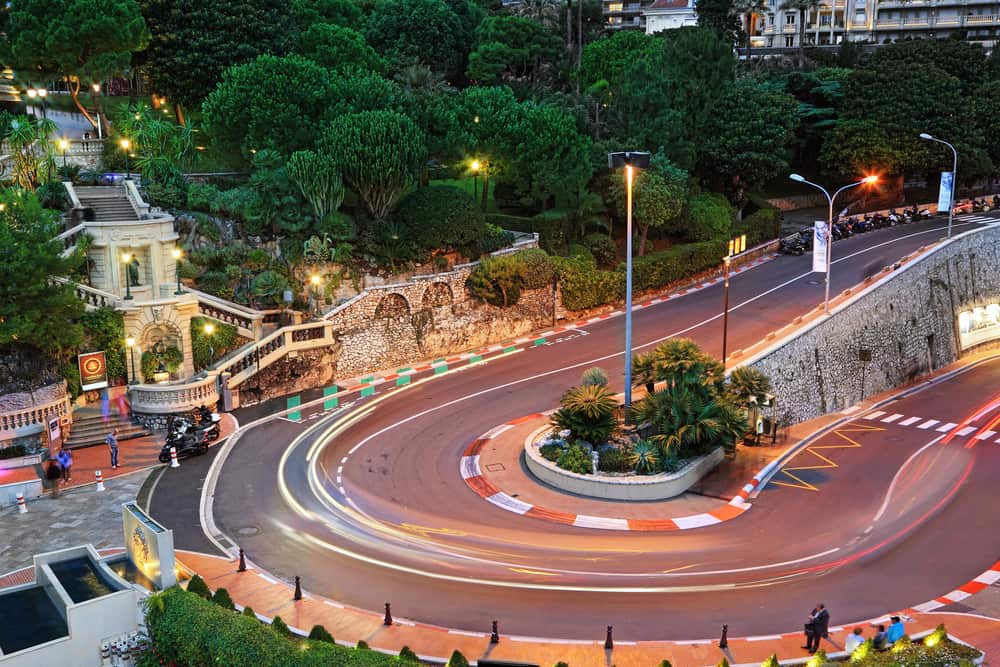 Have you ever wondered if you can just drive your car through the same places as Formula 1 cars? It is normal to see a racing circuit and wonder if it differs from a public road. So are F1 tracks real roads?

F1 Grand Prix is held in closed circuits worldwide that meet strict safety and regulatory standards and are used exclusively for racing. However, few races are held on urban circuits, which are normal streets of a city that have been closed during that weekend for racing.

If you want to know everything about Formula 1 tracks, keep reading!

What Does A Circuit Need To Be In F1?

For a circuit to host an F1 race, it has to go through extensive testing and procedures for security, infrastructure, and maintenance. That is why races are not held on the road next to your neighborhood.

The FIA hosts all races of any type (F1, Formula E, Rally …) are divided according to their license in 6 grades. Grade 1 races are for the highest categories, which is the case of F1, and Grade 6 races are for the lowest categories. So the first step for a circuit to host an F1 race is to obtain a Grade 1 license.

But how can you make your circuit get a Grade 1? Not going to lie; you have to do a lot of paperwork. The first thing you should do is submit a dossier to the FIA with all the circuit details. The requirements for the FIA to accept it are many and very complex.

Track dimensions, safety barriers, drainage, medical center, signal light system. Your circuit must meet all of them (although there are exceptions) to be accepted from very general details to particular ones. The main objective of all these requirements is the safety of the races and to prove that the circuit can host a Grand Prix.

In the video below, you will find more specific rules explained that will give you a better insight into what F1 circuits need to host a Grand Prix:

As we said previously, some races are actually held on public roads. These circuits also have to go through strict tests and controls before being approved by the FIA and are assembled and disassembled every year, so they are not permanent, as ordinary people have to go through there for the rest of the year.

The preparations for these types of Grand Prix start several months before it takes place. It is a real headache for logistics and infrastructures since everything needs to be installed on the streets, which are typically quite crowded.

The streets are closed during the Grand Prix weekend, and once it is over, they reopen again, at the same time that the infrastructures of the race begin to be removed so that everything returns to normal.

Urban races are usually very demanding for the drivers, as the track is much narrower than on permanent circuits and the walls are very close. Hence, it is normal for there to be many accidents during the weekend.

There are 5 urban circuits in which F1 races are held. However, in the 2021 calendar, there are only three (Monaco, Baku, and Sochi) due to the COVID-19 pandemic, which makes the preparation of these Grand Prix more difficult.

Let’s take a look at these 5 circuits where there have been races in recent years:

The Formula 1 circuit par excellence. It is 3,337 km long and was inaugurated in 1929. It is one of the most demanding tracks and has many elevation changes.

It does not usually give very entertaining races, as it is very difficult to overtake, but seeing the cars racing through the glamorous streets of Monaco is priceless.

With a length of 6,003 km, it is the second-longest circuit of the season, behind Spa-Francorchamps, and it is also one of the few that runs counter-clockwise.

It is one of the fastest circuits of the calendar, with cars reaching speeds of over 360 km per hour, and it also has very narrow and tricky areas for driving. It is one of the tracks that has offered the best races since its inauguration in 2016, making it one of the most anticipated weekends by fans.

Built in the 2014 Sochi Winter Games Olympic Park, it is 5,848 km long, the fourth-longest on the calendar. It is a fast and completely flat circuit next to the Black Sea and a theme park. It is not 100% urban, but it does share certain parts with the public road.

This circuit in Melbourne was built around Lake Albert Park in 1953 and has been used in F1 since 1996. It is 5,304 km long, and as its name suggests, it is in a park, so the walls are not always so close to the track and have some wide and grassy areas as in permanent circuits.

This Grand Prix has been held since 2008 and was F1’s first night race. It is 5,2 km long and runs counter-clockwise.

It is one of the most demanding circuits due to its narrowness and the hot and humid climate of Singapore, and it is also one of the most spectacular for fans to watch because of the night, the lights, and the luxurious skyscrapers cars pass by.

How Are F1 Circuits Chosen?

If you have followed F1 for years, you will see how some circuits come and go while others remain untouchable. Why is that?

The reality is that “money talks.” There is a considerable fee for the tracks to host an F1 race, and not all owners and promoters of a circuit have or are willing to pay that much money. Sometimes they manage to raise that money through investors, but it isn’t easy to keep paying year after year and remain constant in the calendar.

Most F1 circuits are enclosed spaces for racing, as they are built primarily for that, but as we have seen, certain races do take place on public roads.

These circuits are very different from the usual ones, as they are narrower and more complicated for the drivers.  They involve challenging logistics and preparation before, during, and after each Grand Prix and are very popular with fans, as they offer more variety to the season.