Are Formula 1 Drivers Allowed To Listen To Music? 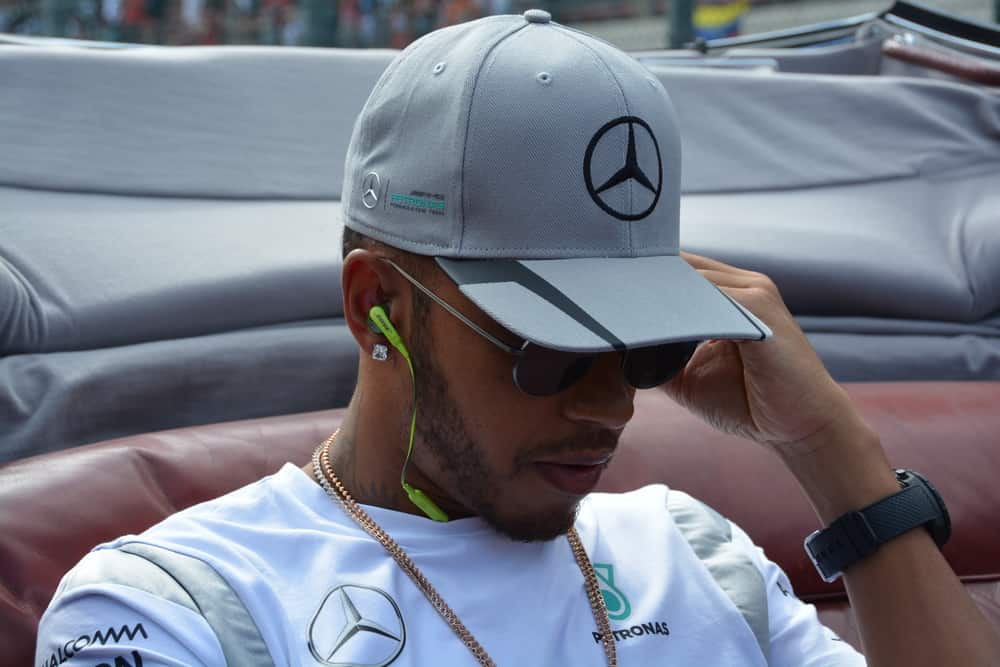 F1 drivers do not listen to music during a race. While it is not banned in the official rules, it is not done by any driver. In a sport as intense as F1, music would only distract the drivers and prevent them from receiving important information from their team.

This article will explore why F1 drivers do not listen to music. It’ll also take a look at what information they get from their teams via the team radio and what some of these instructions mean. So, fasten your seatbelts, put your helmet on, but don’t plug in those earphones, as we take a look at everything to do with music and radio instructions in F1.

Do F1 Drivers Listen To Music?

Drivers do not listen to music when they are racing because it would distract and hinder their ability to hear essential radio instructions or noises from the car. The team radio instructions are crucial for the race as they contain messages about strategy and other important decisions. Read on to find out more about what is said over a driver’s team radio and what some common messages mean.

Drivers also need to be able to listen to their cars and the noises produced by them. This is especially important when making decisions about changing gears or listening for mechanical faults that could prevent them from racing.

There is too much going on during a race that drivers need to focus on, which means listening to music would not be practical for them. Drivers need to be entirely focused during the race due to the intensity of everything that is performed, and anything other than what is completely necessary for the race is a distraction.

However, most drivers like to listen to music before starting the race to get mentally prepared for the race. New McLaren driver Daniel Ricciardo is almost always seen with a colorful pair of headphones before a race.

He said, “We don’t get much privacy before a race. This (listening to music) is my form of privacy. You know typically I’ll go with something with a little bit of bounce to it so that I can stay loose and ready.”

The Australian driver owns a customized pair of Beats that look similar to the design on his helmet. They also have the number three on them: the number he also has on his car and tattooed on his body.

What Music Do Drivers Listen To Before A Race?

Sports scientist Dr. Luke Bennet says that music has been scientifically proven to enhance mood. He says that it’s a very personal thing, though, so different kinds of music will have different effects on different people, based on their past experiences and memories. As such, different drivers listen to different genres to get them ready for the race.

Daniel Ricciardo says the type of music he listens to before a race depends on his mood and how well he did during the qualifying session. If he didn’t do very well during qualifying and is starting in the middle of the pack, he’ll play something aggressive to get into the zone for trying to “carve through the field.”

However, if qualifying went well, he will opt for something calmer like summer festival music to “remain calm and composed” before starting the race.

Alpha Tauri driver Pierre Gasly says that he usually listens to French or American rap before the race to get the right spirit and mentality. Former Ferrari driver Kimi Raikonnen admits to listening to mostly Finnish music before he gets in the car.

While Esteban Ocon states that he enjoys listening to music from epic films, and former Toro Rosso driver Brendon Hartley says he likes to listen to music from when he was a kid.

As you can see, the music choices of F1 drivers differ significantly. However, most drivers seem to prefer more upbeat high-tempo music to get excited before the race.

What Is Said Over An F1 Driver’s Radio?

Each F1 driver has an individual race engineer with whom they’re in contact throughout the race. The most well-known race engineer is Lewis Hamilton’s race engineer Peter Bonnington, known to most people as Bono.

All the basic communication during a race is done with their race engineer. They are the driver’s primary point of contact during a race. However, communication is kept to a minimum so as not to distract the driver from racing. These instructions include telling the driver when they must come in for a pit stop, where they are in relation to other drivers, and additional useful information about the race and their car.

The latter is significant because the drivers can’t see all around their car. If they have damaged part of their car or think they have damaged it, it is up to their race engineer to confirm or deny this by looking at the camera footage and/or diagnostic information coming from the car.

Furthermore, drivers also receive instructions regarding race strategy from more senior members of the team. This will often be about more crucial race decisions, such as discussing when the right time is to make a pit stop or what sort of tires should be used.

Sometimes this will also be instruction ordering the driver in the front to let their teammate behind them pass them. The instruction will be given to the teammate that is behind that they have permission to race their teammate in front. This is known as ‘team orders’ and is usually quite unpopular amongst one of the team’s drivers.

The driver’s race engineer will not make these decisions but rather by the senior team members like the head of strategy or the team principal (the racing team’s boss). This is because they are often race-defining decisions and therefore need to come from the top.

General information about things like safety cars, race stoppages, or anything else related to the driver’s safety is also communicated via the team radio.

Are There Any Limitations As To What Is Said Over The Team Radio?

There are some limitations in regards to what teams can communicate with their drivers. Teams cannot tell their drivers to adjust their speed or what settings to change during the race.

Swearing and other expletives are allowed over the team radio. These will usually not be heard during the TV broadcast, and any swearing will be censored for TV or post-race videos.  However, race officials hear team radios, and the audio is often released in-part to the public after the race.

This has led to some controversy in recent seasons. The most notable example was last year when Red Bull Driver Max Verstappen referred to Lance Stroll as a “ret**d” and a “Mongol” during the 2020 Portuguese Grand Prix. This led to the Mongolian Government issuing a complaint to the United Nations regarding Verstappen’s language and his lack of apology afterward.

However, no public action has been taken against Verstappen by his team, the FIA, or any other authority. It shows that drivers cannot say whatever they want on their team radio and expect to get away with it.

Drivers are also unable to communicate with their teammates or other drivers in the race.

What Do Some Of The Team Radio Instructions Mean?

Have you ever watched an F1 race on TV and been very confused with some of the jargon used to give instructions to the drivers or commentators? Ever wondered what ‘box, box’ means? Here is a table with some of the most commonly used phrases over the team radio and by commentators and what they mean.

F1 drivers cannot listen to music while racing as there is already so much going on, distracting them. However, they can and usually do listen to music before starting the race to gain some privacy and get themselves in the zone before they put on their helmets.