Are MotoGP And F1 Tracks The Same? 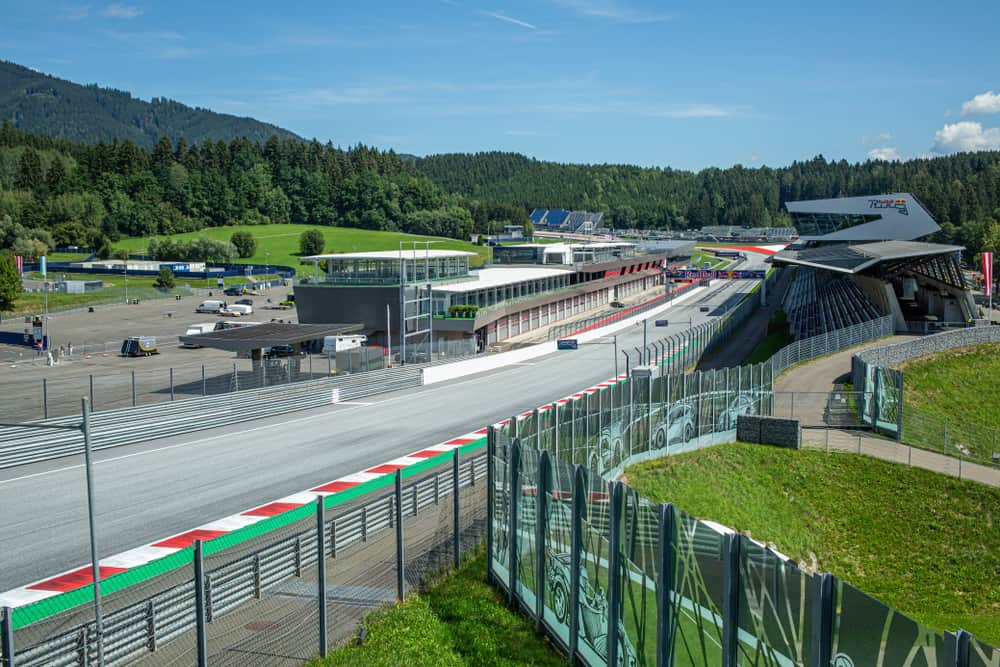 MotoGP and F1 take place on almost every continent worldwide, and millions of fans enjoy watching their favorite team race around a track at incredible speeds. MotoGP and F1 are very similar in rules and regulations but are their tracks the same?

MotoGP and F1 use some of the same tracks, including the Barcelona track in Spain, the Silverstone track in Great Britain, the Spielberg track in Austria, and the Austin track in the United States of America. However, both sports have specific criteria when hosting a race.

MotoGP and F1 are racing sports, and both share some of the same circuits throughout the year. The difference between MotoGP and F1 Racing is that MotoGP drivers race on motorcycles and F1 drivers race in cars, but let us look in more depth at why the two sports circuits differ.

What Are The Track Differences Between MotoGP And F1?

Are There Specific Circuit Layouts In MotoGP And F1?

The track’s layout does not have to be a specific pattern according to the FIA or FIM but can be changed in the interest of good competition or for practical necessity in both MotoGP and F1.

The Difference In-Circuit Width Between MotoGP And F1

Is The Track Length In MotoGP And F1 Different?

Are The Straight Sections In MotoGP Shorter Than In F1?

The maximum recommended length for a straight section on a MotoGP circuit should be 1km.

In F1, the maximum length must be 2km.

The Distance Of The Start/Finish Straights In MotoGP And F1

In F1 and MotoGP, the starting line must be at a minimum distance of 250m from the first corner.

How Are The Corner Sections Determined In MotoGP And F1?

The number of turns and corners on a circuit will be determined by simulation software and changed by the FIA or FIM in the interest of safety reasons.

How Do The Verges And Run-Off Areas In MotoGP Compare To F1?

In F1, the pit lane must be 14m wide and include pit garages and race control facilities. The entry and exit lanes should enter and exit the track without obstructing the racing line.

In MotoGP, the pitlane must be 12m wide and include an area where bikes can access the pit boxes. The pit lane must be divided into two lanes, an inner lane and a fast lane.

The fast lane must be a minimum width of 3.5m and a maximum of 5m, and the internal route must be as comprehensive as possible. The roads should not obstruct the racing line when entering or exiting the pitlane.

Are Starting Grids For F1 The Same As For MotoGP?

Those were the main track difference between MotoGP and F1. Now, we will look at the different MotoGP and F1-approved circuits for the 2022 season.

The Different MotoGP And F1 Tracks

Here is a table showing the different tracks that F1 and MotoGP will race on throughout the year.

F1 and MotoGP will use four of the same tracks throughout the 2022 season: the Catalunya track in Barcelona, the Silverstone track in Great Britain, the Spielberg track in Austria, and the Circuit of Americas in Austin. All of these circuits are both FIA Grade 1 approved and FIM Grade A approved.

When MotoGP shares the same track as F1, it comes with challenges, but what are these difficulties exactly?

Challenges MotoGP Face When Racing On The Same Track As F1

MotoGP has indicated that they face specific challenges when they race on the same track as F1.

These challenges surface due to the downforce of an F1 car on a track and create uneven surfaces for MotoGP drivers. The rough surfaces cause the following problems:

MotoGP drivers have indicated that they are frustrated to share the same track as F1 cars due to the above challenges, as this makes driving difficult and dangerous.

How Does MotoGP Compare To F1 On The Same Track?

In 2016 MotoGP Rider Jorge Lorenzo was invited by Monster Energy to drive Lewis Hamiltons’ 2014 title-winning F1 Mercedes car around the Silverstone circuit. When Jorge Lorenzo took the car around the track, he noticed a few differences between the bike he usually drives and the vehicle. Here is how he compared the two on the Silverton Track.

MotoGP and F1 use some of the same tracks, but in essence, there are track differences between the two sports. Both sports include fast-paced racing with thrilling moments that are enjoyed by millions of fans around the world.