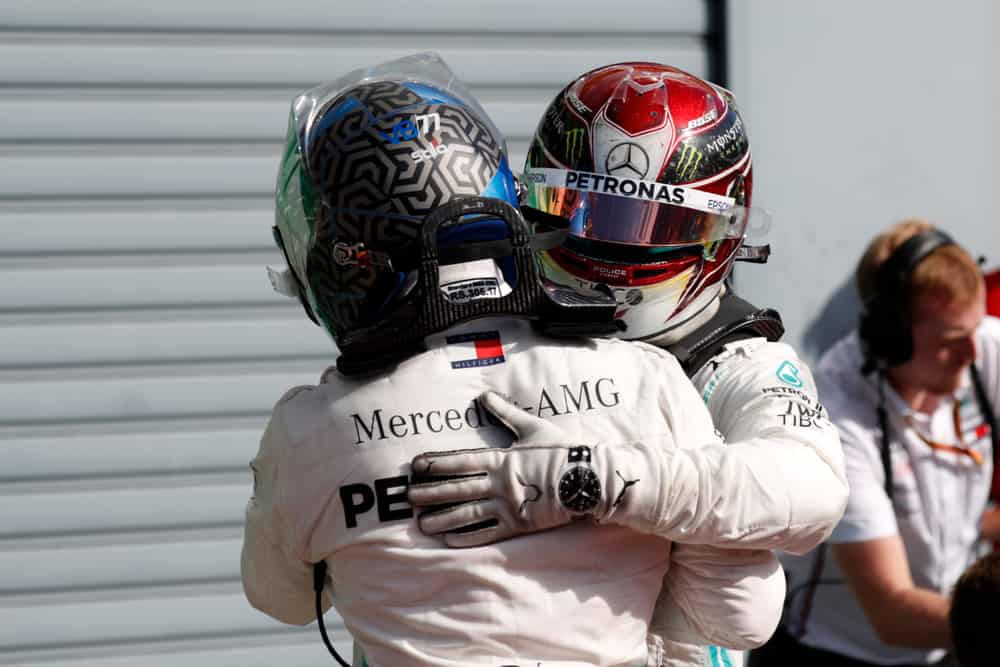 Given the recent discussions of LGBTQ+ athletes, supporters, and support staff in recent years surrounding sport, it’s understandable that Formula One and the FIA would look to expand their support for the wider LGBTQ+ community. But have there been any openly gay Formula One drivers?

At present, the only known gay Formula One driver is Mike Beuttler. Beuttler raced under March in Formula One between 1971 and 1973. Despite limited LGBTQ+ representation on the current grid, many drivers, organizations, and the FIA have shown support to the LGBTQ+ community.

While there has been limited LGBTQ+ representation in Formula One’s history, there are some notable aspects of Formula One’s support for the broader LGBTQ+ community. Let’s explore these in greater detail below:

Which Formula One Drivers In History Were Gay?

Mike Beuttler competed in 29 races, with a top finishing of seventh place at the 1973 Spanish Grand Prix. Whereafter the 1973 oil crisis in Britain forced his retirement at the age of 34.

Due to the stigma associated with homosexuality, Mike Beuttler was not openly gay, although close friends, fellow racers, and family were said to have been aware of his sexuality.

Following his retirement, Mike Beuttler moved to the United States of America, where he would later die of complications of HIV/Aids on the 29th of September 1988.

Which Current Formula One Drivers Are Gay?

At present, there are no Formula One drivers or practice drivers that have openly come out as homosexual.

Are There Gay Drivers Competing In Formula W?

Unlike their male counterparts, there have been two female Formula W drivers who have come out as openly gay/lesbian:

Abbie Eaton is a British racing driver who raced under Écurie W in the 2021 W Series and under Scuderia W in the 2022 W Series. She is also known for her role as a driving ambassador for Racing Pride, an LGBT rights charity worker for various organizations, and holding the title of “the Stig” in Amazon Prime’s show The Grand Tour.

Similar to Abbie Eaton, Sarah Moore is a British racing driver who raced under Hitech GP in the 2019 W Series and Scuderia Win the 2021 and 2022 W Series. Along with her racing prowess in the W Series, Sarah Moore is an established driver under multiple divisions:

Along with her racing achievements, Sarah Moore is a driving ambassador for Racing Pride and an LGBT rights charity worker for various organizations.

Which F1 Drivers Show Support For The LGBTQ+ Community?

Known as much for his stance on various issues and activism, as well as his racing achievements, Lewis Hamilton has long shown his support for the LGBTQ+ community. While it would be difficult to discuss all his gestures in a single article, there are some moments of LGBTQ+ support that are worth highlighting.

In 2020 and 2021, Lewis Hamilton wore a helmet adorned with the rainbow colors of the gay pride flag and the wording “We Stand Together” at the Qatar GP. The reason was to take a stance against the Kingdom of Qatar’s openly homophobic law, which Lewis Hamilton described as “terrifying.”

Ahead of the 2020 Hungarian Grand Prix, Lewis Hamilton was vocal on social media and in sending a direct message to the press when he denounced a controversial referendum that would see the banning of LGBTQ+ education for learners younger than eighteen in Hungary:

“I [Lewis Hamilton] urge the people of Hungary to vote in the upcoming referendum to protect the rights of the LGBTQ+ community, they need our support more than ever.”

Similar to Lewis Hamilton, Sebastian Vettel is a seasoned Formula One driver that has been vocal about his support for the LGBTQ+ community throughout his time in Formula One.

Sebastian Vettel has openly criticized the inclusion of Qatar as a venue for future Formula One Grand Prix:

Similar to Lewis Hamilton’s criticism of Hungary’s referendum in 2021, Sebastian Vettel wore a gay pride-themed face mask and t-shirt at the 2021 Hungarian Grand Prix, along with the following statement:

“Everyone has the same right to love.”

What Is Racing Pride And What Do They Do?

Started in 2019, Racing Pride is a non-profit organization that seeks to bring awareness to LGBTQ+ issues and people within motorsport (including Formula One.)

They have partnered with numerous racing organizations such as the British Automobile Racing Club, the British Racing and Sports Car Club, Formula Student, Team Parker Racing, and Aston Martin Formula One (whereby the latter sports Racing Pride logos on their chassis.)

What Is The FIA’s Stance On The LGBTQ+ Community?

Although the FIA’s official stance on the broader LGBTQ+ community and the importance of gay representation in Formula One, their decision to renew/extend contracts for Grand Prix in openly homophobic countries has been met with criticism from drivers, fans, and critics alike.

Furthermore, the FIA have reprimanded numerous drivers for their support for the LGBTQ+ community on the basis of making “political statements.”

This would indicate a progressive step forward for LGBTQ+ representation and support, despite the FIA’s controversial decisions regarding Grand Prix approval and certain staff appointments.

Louis Pretoriushttps://onestopracing.com
Previous article
How Qualifying Works In F1: The Complete Guide
Next article
How To Become A Formula 1 Doctor