Can A Formula 1 Car Reverse? 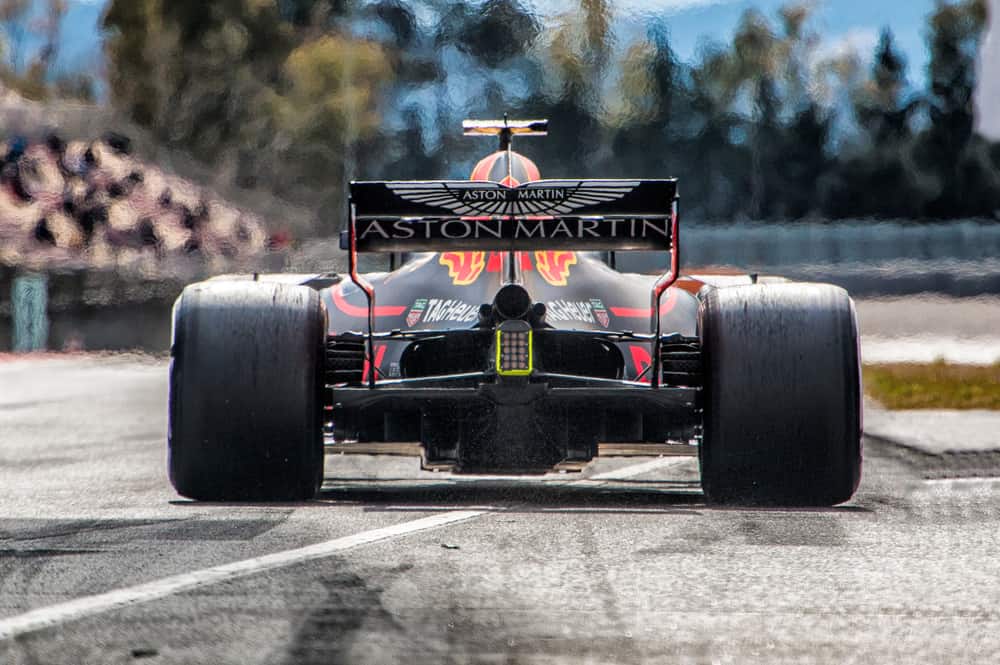 Most cars have a reverse gear; it is incorporated in car designs to assist humans to successfully navigate traffic and getting from point A to B. Formula 1 cars also have the ability to reverse. The Formula 1 teams just hardly ever use this gear. It is as though the drivers don’t even know that the gear is there, as they are so focused on speeding forward around the track.

So now that we know that a Formula 1 car can indeed reverse, why do we rarely see drivers reverse during a race and, more importantly, during a pitstop? For us spectators, it seems that the reverse gear is just a requirement and not a useful function used regularly. Let’s explore if this is the case and get behind the spin of the wheel.

There are many reasons for not seeing Formula 1 cars reverse, from it being impractical, regulations prohibiting it, drivers not knowing how to use it, and so forth. Let us examine the main reasons for this lack of reversing in Formula 1.

Why Have A Reverse Gear At All?

Seeing that we now know that the reverse gear hardly ever gets used, most drivers don’t even know how to use it. So why does it need to be included in the engine design? Refer to section 9.7 in the 2021 regulations:

Teams design this gear as light and small as possible, making it a very weak gear compared to the 8 forward-moving gears. They need to keep in mind the weight restrictions imposed on the cars as well. For a part that hardly plays a role during a race, this was always the case.

We have covered the question of Formula 1 cars can reverse. Here are some additional questions and information that could be helpful in understanding the world of Formula 1 a bit better.

Do Formula 1 Cars Use A Manual Or Automatic Transmission?

Formula 1 cars use a semi-automatic transmission. The drivers shift gears themselves with a paddle shifter located on the steering wheel. They do not control the clutch themselves, but to incorporate a certain skill level, they manually select the gears (8 forward gears and 1 reverse gear).

Why Don’t Cars Reverse Into Their Pits After A Race?

It’s just so much quicker for the pit crew to push it in because idling a car and overheating it further is also not recommended after a race.

Formula 1 cars can reverse, as it is fitted with a reverse gear that is small and light and usually weaker than the 8 forward-moving gears. Drivers rarely use it on track due to restrictions in place and the fact that it’s normally quicker and easier to spin your car out of a troublesome position.

It could potentially be a very dangerous action to perform, seeing no rearview mirrors fitted on a Formula 1 car. Basically, when a driver does reverse, it is done blindly and could lead to accidents on and off the track and cause harsh penalties for the driver.