Can F1 Be An Olympic Sport? 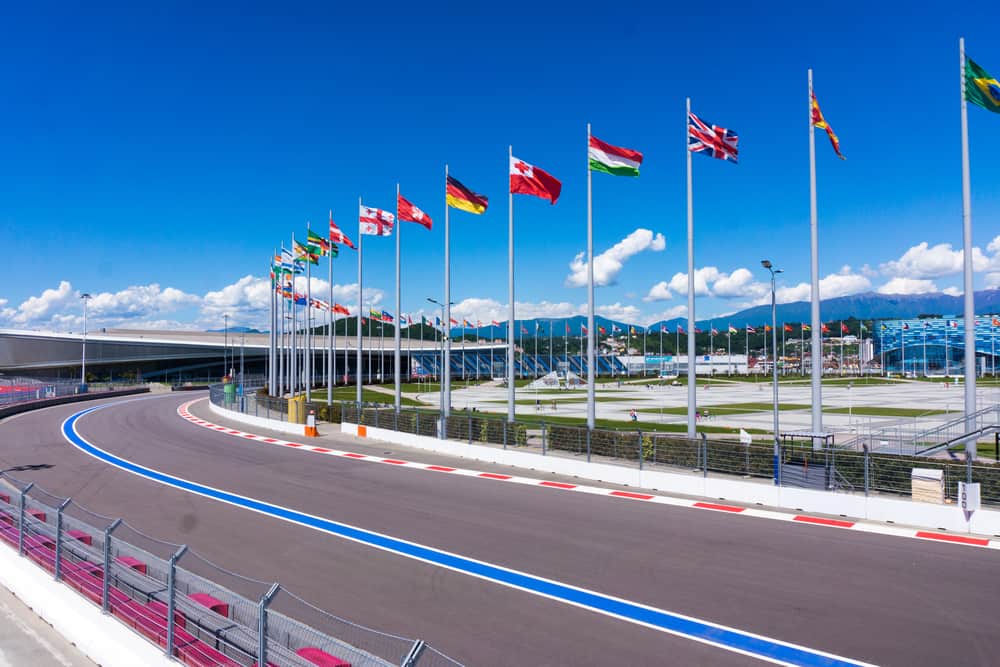 The Tokyo Olympics has just come to an end, and we’ve seen such a variety of sporting events, from BMX racing to Bobsleigh. It got me wondering as to why we never see any form of motorsport in the Olympics. Formula 1 drivers are at the absolute pinnacle of their fitness and are very much deemed as athletes.

The idea of Formula one being involved at the Olympics is not as far-fetched as it may seem, so before you dismiss this as something that could never work, stay tuned to find out the historical context and how it could potentially go ahead.

Motorized sports are not recognized by the International Olympic Committee (IOC). According to IOC, F1 is not about players; instead, it’s about machines.

“Frankly speaking, the concept we are having is the games are about the competition for the athletes, not for equipment. Therefore, while having a lot of respect, they will not be included in the Olympic program.”

Back in ancient Greece, Chariot racing was a mainstay of the Olympics. This could be construed as the first appearance of a driver-based sport at the games, with chariot drivers risking their lives for the enjoyment of the fans—sounds familiar, right. Let’s take a look at the history of Motorsports and the Modern Olympics.

History of Motorsports at the Olympics

The only time actual motorsport has officially featured in the Olympics was at the 1900 games in Paris. The games had 14 events featuring cars, taxis, delivery vans, trucks, and motorbikes.

These were being held for different vehicle classes, ranging between how much the car weighed and how many seats it had. It was a race for the cars rather than the drivers, and the entries were for the manufacturers.

So when the race was won, the trophy (they didn’t have medals until the 1904 Olympics) went to the company rather than the driver. It remains the only time that motorsport was part of the Olympics. However, when Spain was due to host the Summer Games in 1992, as part of the build-up to this, the race at the Circuit de Catalunya that year was branded as the Grand Prix of the Olympic Games.

Nigel Mansell would win that race ahead of Michael Schumacher and Jonah lacy. Unfortunately, this was nothing more than a marketing trick, and no medals were handed out. One more major link-up with Formula 1 and the Olympics was at the 2006 winter games in Turin, Italy.

A red car was driven out at the opening ceremony and did some donuts. Although this wasn’t officially a Ferrari branded car, it was clearly referencing the inherently Italian team. It was a sight to behold, and that’s it for the major historical instances of F1 and the Olympics.

How Can Formula 1 be Held at the Olympics?

Just think of Bobsleigh at the Winter Olympics. It’s a similar concept in which a piloted vehicle races down a track. Hosting a Formula one race at the Olympics would be difficult, not impossible.

Firstly although it could follow F1’s current setup with each team or, in this instance, the country designing their car. But this could lead to astronomical costs and potential domination by one nation. Instead, it makes the most sense to have a spec series such as Formula 2 or Formula 3.

In these racing series, all teams must use the same chassis engine and tire supplier for anyone who does not know. This means that the driver’s true abilities can shine through, although the teams can influence the results by clever strategy or minor setup tweaks. It is as close as you get to equal racing we can have.

Most cities hosting the Olympics have circuits nearby that can be used for Formula 1 racing. Incidentally, Sochi was made as a part of the Winter Olympic park. Even if a hosting city has no available track, a Street Circuit can be constructed as is necessary for a marathon or cycling event.

So Could Formula 1 be Part of the Olympics?

Unfortunately, this is all just speculation. There are various financial and logistical challenges associated with hosting a Formula 1 race at the Olympics. Huge infrastructure expenditure, a varying level of competition, and lack of representation come to mind.

The only recent indication towards this was in 2011 when the FIA’s motorsports governing body was recognized by the International Olympics Committee (IOC). A statement from Jean Todd, President of the FIA, read:

“I am delighted the FIA is now part of the Olympic family as this is a confirmation of the strength of our sporting credentials as well as a recognition of the values of respect, excellence, and friendship which we actively share with the Olympic movement.”

There was even a first Motorized Games in 2019 with machine-based and motorized sports still yet to be recognized by the Olympics. The FIA decided to organize its own Olympic-style event taking inspiration from the short-lived A1 GP series, which pitted country-based teams against each other in identical machinery.

The inaugural FIA Motorsport Games took place to very little fanfare in late 2019 at the ACI Vallelunga circuit near Rome. 166 athletes from over 49 countries took part in races with identical GT3, Touring, Formula 4 cars, Drifting, Karting, and Esports categories were also contested. Team Russia topped the medal table, and more additions are planned for the future.

Just imagine, every four years, all the preparation will come down to one race. The pressure and excitement to lights out would be unmatched. It is very unlikely we will see a Formula One-style event in the Olympics anytime soon. Still, hopefully, this article has given some idea and hope as to how it can take place.

As fans, lets’ keep our fingers crossed and hope FIA and IOC can work things out.

Louis Pretoriushttps://onestopracing.com
Previous article
What Is The Best Frame For A Go-Kart?
Next article
Why Is F1 Not Popular In The US?