Can F1 Drivers Change Their Numbers? 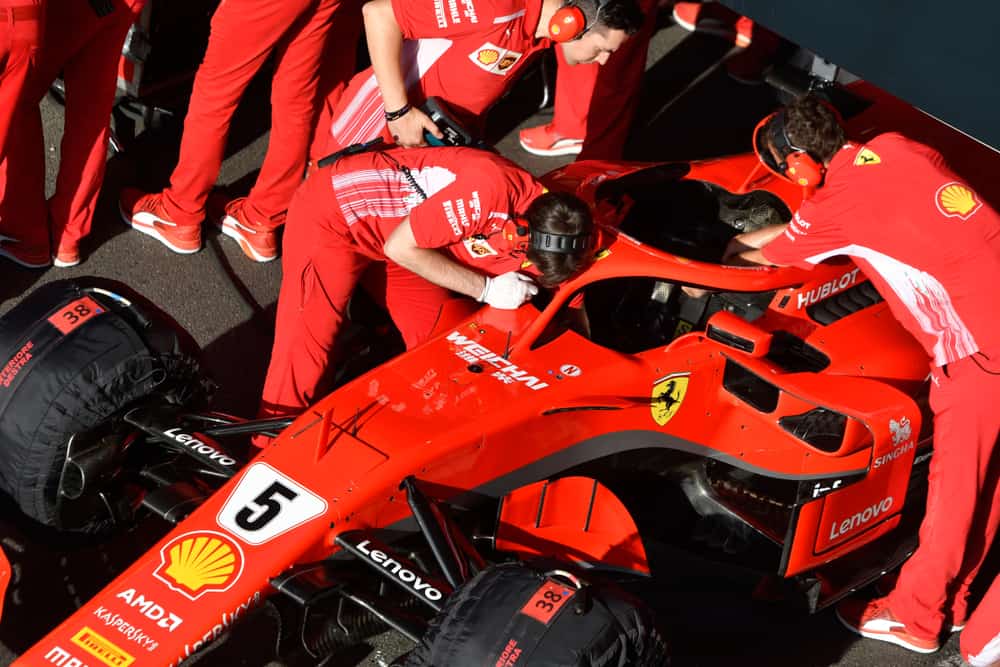 A Formula 1 driver’s number is a big part of their racing identity. It is often linked to something special or meaningful in their life, although for some, they just liked the number. Many drivers still use the same number they started their racing life with back in their go-karting days. But are F1 drivers stuck with their numbers once they enter Formula 1, or can they change their numbers? I decided to investigate when and how F1 drivers can change their numbers?

A driver’s number in F1 is important, as it is a way of identifying them on track, and it is often incorporated into their logos and other things for marketing. Therefore, choosing the right number is essential. Usually, a lot goes into choosing it, but drivers haven’t always had free reign over their racing number. So, read on to find out when drivers started being allowed to choose their numbers, what the current grid’s numbers are and whether F1 drivers can change their numbers.

Can F1 Drivers Change Their Numbers?

Once Formula 1 drivers enter the sport, they cannot change their numbers, although there is an exception to this rule. If a driver wins the Drivers’ Championship, they can race with number 1 on their cars in the following season.

If a driver switches to using number 1, their old number will be reserved for them for as long as is needed. Therefore, if they win four championships in a row and use the number 1 throughout that time when their reign ends, they can go back to their old number.

Have F1 Drivers Always Been Able to Choose Their Numbers?

Drivers can choose any number from 0 to 99 (excluding 1 if they are not the championship winner). But they may not take a number from another driver currently in the sport. When a driver leaves F1 or retires from the sport, their number is off-limits for the following two seasons.

However, while drivers can now choose their numbers, this has not always been the case. In the past, numbers were allocated by the race organisers and then the teams, based on the Constructors’ Championship standings.

This rule changed in 2014 when drivers were allowed to choose their own numbers, between 0-99. The position drivers finished in the previous season’s Championship set the order for selecting numbers. Therefore, Sebastian Vettel had the first pick of all the numbers, and he chose five. Read on to the next section to see what numbers the 2021 Formula 1 grid uses and why they selected them.

What Is the Meaning Behind the Current F1 Drivers’ Numbers?

Watch the current F1 grid reveal the stories behind their numbers:

Once Formula 1 drivers have chosen their numbers, they cannot change them, except if they win the World Championship. If they win it, they are allowed to race with the number 1 in the following season. They lose the right to use it as soon as someone else win’s the championship.

Watch the current F1 drivers participate in a quiz about their fellow racers’ driver numbers:

Louis Pretoriushttps://onestopracing.com
Previous articleHow Strong Is An F1 Helmet?
Next articleWhy Do F1 Drivers Have To Be Fit?