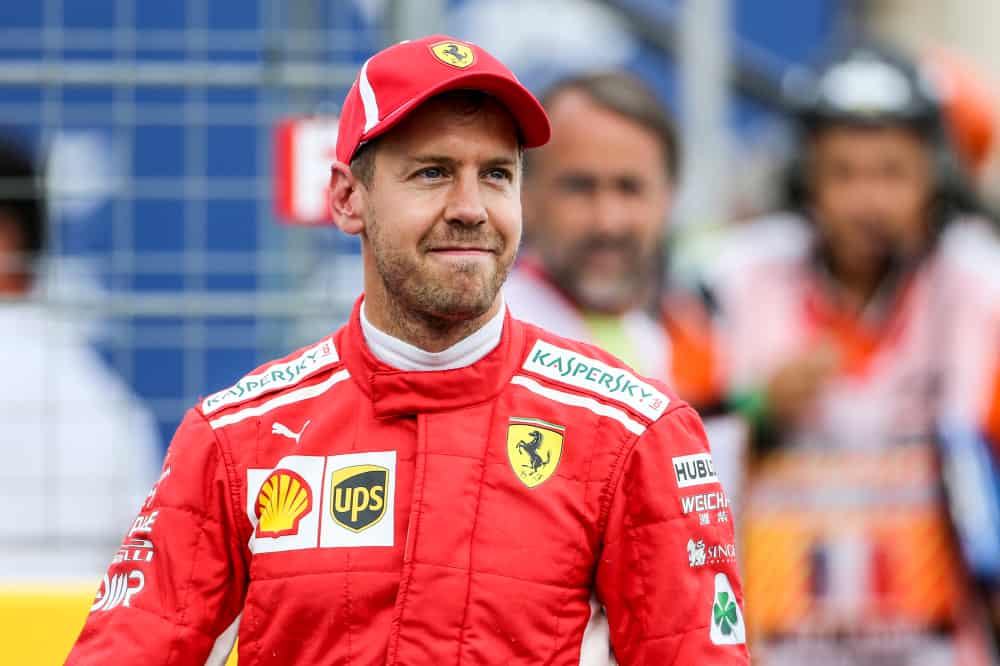 Many Formula 1 racing drivers wear jewelry. It’s nothing strange to see a driver posing in front of his car wearing a wedding ring and a watch just before a race. Michael Schumacher, who’s a seven-time world champion, sports a lucky pendant that he received from his wife. Yet there’s a lot of doubt about whether or not it’s a good idea. So is it actually allowed? Can F1 drivers wear jewelry?

Formula 1 drivers are generally discouraged from wearing any jewelry, and certain types of jewelry are banned outright by the FIA. This is done for safety. Jewelry like earrings and facial piercings will make it difficult for emergency response teams to give the necessary care after an accident.

The reasons are slightly more complex than just safety, though. Of course, the primary motivation is to keep the driver safe, but some teams may have other motives around the jewelry ban as well. Some teams also seem to enforce the rule more strictly than others. Let’s look at the various reasons why jewelry may be banned in Formula 1 and what led to the FIA passing this rule in the first place.

Why Formula 1 Drivers Should Not Wear Jewelry

Jewelry and piercings can cause all kinds of problems for Formula 1 drivers. Specifically, any jewelry that could cause obstructions or other obstacles for emergency response teams could mean the difference between life or death.

An excellent example would be the infamous 2009 accident in Hungary, where Brazilian Formula 1 driver Felipe Massa crashed during his qualifying round. A piece of metal pierced through his helmet and barely missed his eye, almost blinding him.

If Massa had worn earrings or any other facial jewelry, the emergency responders would have struggled to get his helmet and balaclava off at the time of the accident. This could have delayed their efforts to stabilize him just enough to cause lasting brain damage or even death. At the very least, their actions could have injured him even more.

Thankfully, since he wasn’t wearing any jewelry, they could stabilize him quickly on the scene and get him safely to a hospital, after which he received successful surgery and fully recovered. But things could have just as easily gone much worse, and part of his saving grace was that he did not wear any jewelry during the race.

Of course, the same can be said of any race, not just Formula 1. Even normal day-to-day driving could have similar risks. But the danger is definitely more pronounced in the fast-paced, adrenaline-fuelled Formula 1 races.

A Lesser-Known Reason For F1 Drivers To Not Wear Jewelry

Can the added weight of jewelry affect the speed of a car or its performance in a race? This question is a widely debated topic that has about just as many supporters as it has opponents, each side very adamant that they are right.

Opponents of this view state that the few grams of weight added by most common jewelry will not have any effect on the speed of the vehicle; at least, none that’s worth mentioning. This is sensible; after all, how much difference could a few extra grams really make to a car that’s doing over 200 miles per hour?

Proponents, however, base their opinions on two facts. Firstly, some jewelry could impede a driver’s focus or freedom of movement. A watch that just momentarily got stuck on some protruding part of the vehicle, for example, could make a second or two’s difference or cause a slightly slower response from the driver. This is a fundamental factor that must be kept in mind.

The other fact they often point out is that Renault conducted a study about the effects of a watch on race time. Their finding was that an average 40g watch increased race times by around two-thousandths of a second. Most people will agree that this is so little that it’s irrelevant, but it was enough for Renault to force their drivers to take off their watches before every race.

Many of today’s athletes swear by the same concept. Some simply refuse to participate in any sport unless they can first remove all unnecessary weight, which includes taking off any type of jewelry and a purposeful trip to the bathroom. If so many athletes swear by the principle, maybe there is something to it after all, no matter how unlikely it may seem.

Exceptions To F1’s No Jewelry Rule

Since the “no jewelry” rule came into play in 2005, many changes and allowances have been made. It also seems that some teams simply do not care too much about the law, though some parts of it are strictly enforced.

The rule is generally interpreted as “no earrings or clunky jewelry.” Many F1 drivers, like Lewis Hamilton, still wear their wedding rings during races. Michael Schumacher sports the lucky pendant that his wife gave him. Even Felipe Massa was often seen wearing a watch during races. Though watches can be somewhat clunky, drivers can often push them under their gloves, just like rings.

The most prominent concern is still the matter of safety. For example, a glove coming off is not unheard of during a high-speed accident. If your watch is underneath the glove, it could rip or tear at your skin as it’s sliding off. Watches can also hinder emergency personnel from trying to check your pulse.

Necklaces and pendants, like Schumacher’s, can cause choking or throat damage during an accident. They could get caught on something if the car rolls and even break the driver’s neck in some extreme cases.

Rings are generally seen as “safe” since very little lasting damage can be caused by them. Most rings don’t come off easily, especially if it’s a ring that the driver wears every day, like a wedding ring. Even if the rings do scuff off like in the scenario of the watch mentioned earlier, the damage should not be to such an extent that it would cause any lasting problems for the driver in the future.

Yes, it is possible that a ring getting caught on something during an accident could sever a finger. But even though this is terrible and nothing to be calm about, a severed finger will usually not inhibit a driver’s ability to participate in other races after his hand has healed, of course.

In a world as rife with sponsorships and superstition as the Formula 1 circuit, it’s not surprising that many drivers keep on wearing jewelry despite the rules and evidence of risk. At least most drivers no longer have facial piercings, which is one of the primary risk areas and specifically banned by the FIA. But drivers really should decide what’s more important: their health and safety, or their sponsors.