Do All Formula 1 Drivers Come From Rich Families? 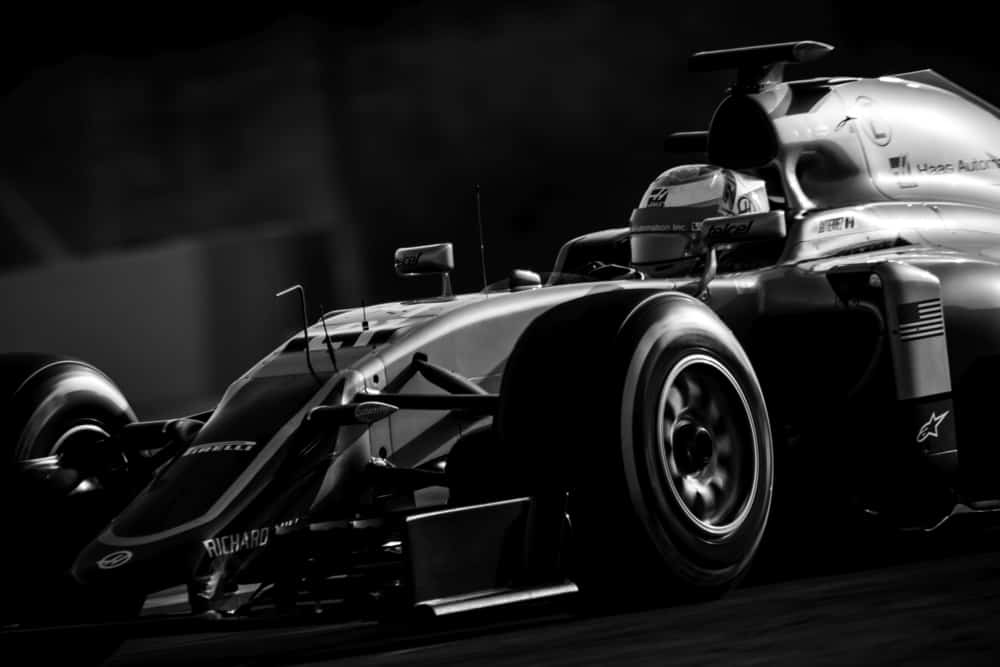 Have you ever wondered how F1 drivers made it to the sport and how much it costs families to get their children to the top? Does being rich really make a difference in the world of F1, and are all the current F1 drivers from wealthy families?

All F1 drivers come from well-off households. None of them come from poverty, but the wealth of their families varies significantly. Some emerged from humbler beginnings and needed external sponsorship to make it to the top. In comparison, others came from millionaire or billionaire households.

This article will explore the cost of getting to F1. It will look at how children get started in motor racing, how they progress to F1, and the cost of these ventures. It’ll also examine some of the backgrounds of current F1 drivers. So, read on to find out where all Formula 1 drivers come from wealthy families.

Do You Have To Be Rich To Be A Formula 1 Driver?

You do have to be rich to be a Formula 1 driver because the process of getting to F1 costs a lot of money. While drivers don’t have to come from multi-millionaire or billionaire households, the stark reality is that you cannot be poor and get into F1. You need a decent amount of money to start a career in motor racing, and we’ll explore why later on.

Like all sports, you have to work from a young age and is not just something you can decide to do at 16 years old. However, unlike most other sports, parents’ initial capital outlay is significant from a very young age.

The first stage of working towards being an F1 or any professional driver is go-karting. Go-karting drivers progress to the regional single-seater events and then F3 and F2 and eventually F1 if they are good enough.

The issue is that go-karting starts as a hobby. Like tennis, soccer, or hockey, there is no guarantee that someone will be good enough to become a professional. So the parents are funding a fun venture for their child. Even if they get one or two sponsors, it is still costly and requires significant investment right up until a driver reaches Formula 1.

Another problem is that getting into F1 is extremely difficult. There are only 20 seats available, and you’re up against some of the most talented drivers in the world. While F1 is not the be-all and end-all of motor racing, once you are out of the F1, F2, and F3 programs, it is very tough to get back into it.

How Much Does Go Karting Cost?

The path to a career in F1 starts with go-karting. Children will race go-karts until they are old enough to race proper single-seater cars such as those seen in F4, F3, and F2.

A standard racing go-kart costs around $3000-5000, and this doesn’t include having to repair it and maintain it. Tires cost a few hundred dollars and should last for up to eight events, including practice runs at these events. This doesn’t include the cost of traveling to different events around the country and continent. The more tournaments someone competes in, the more expensive it will be for their parents.

However, this price can rise to up to $10,000, especially if the chassis is custom made. You also need to pay for equipment like a racing suit, helmet, gloves, shoes, and other safety equipment like rib and neck protectors. This can cost around $1000. Overall, parents will pay approximately $11,000 for all the costs involved for every year of karting.

Children will often start karting from quite a young age. Some will start as young as five years old, while others will begin at about nine years old. Most drivers will only start to race in single-seater cars in Formula 4 at around 15-16. Therefore, parents will be covering the costs of go-karting for at least 5-6 years.

While this is not an insane amount of money, it is still a significant investment into something ostensibly a hobby and can become hard to fund if a driver’s parents don’t have high-paying jobs.

How Much Do The Junior Formulas Like F4, F3 and F2 Cost?

Unfortunately for parents, motor racing doesn’t get cheaper after go-karting. From go-karting drivers’ progress to car racing in their respective F4 regional tournaments. From F4, they progress to F3, which is an international tournament. From F3, most drivers will go into F2; however, some drivers like Lance Stroll skip F2 and go straight into F1.

Driver’s will often spend multiple years in these respective categories, especially in F2, where most drivers race for at least two years. Each ‘formula’ is more expensive than the one before it, so it only becomes costlier for the parents as their child rises through the ranks.

The United States F4 Championship will cost around $130,000-$195,000 for the season. The price is similar for the other versions of F4 around the world. Even though drivers will race for a team, they are still expected to cover most of their costs, which applies to all the formulas until F1.

F3 can cost around $700,000 for a single season. This excludes the cost of winter testing, which is about $10,000. The drivers who come from wealthier upbringings will also often pay for experiences to race in an older version of an F1 car, which can see this price soaring even higher.

F2 is much more expensive, with prices rising well above $1 million for a single season. Drivers often spend more than one season in F2, so it is a multi-million dollar venture for whoever is funding the driver.

Even though some drivers join the junior talent program of some F1 teams, it can still be costly as drivers are expected to pay for a lot of the cost. Some drivers have had to drop out of F2 because they have run out of money to continue racing. Giuliano Alesi, son of former F1 champion Jean Alesi, was unable to continue his F2 career in 2021 due to a lack of funding.

This led to his father complaining about the challenging and expensive nature of getting into F1. He said, “Nowadays, you have to be a billionaire and buy a team; otherwise, you will not end up in the Formula 1 world.”

While this is not necessarily true, it does not change the fact that F1 is extremely expensive to get into. It is also a very closed-off world, as only 20 seats are available, so only the best of the best make it, and drivers need time to show off their talents. And unfortunately for drivers, time in a car comes at great expense.

What Is A Pay Driver?

You may have heard the term pay driver floating around the vocabulary of the F1, primarily being used in an insulting context. A pay driver is a driver who has their spot in F1 based on ability and the sponsors they bring to the team they join. This sponsorship will often come from a company owned by their billionaire father.

This is especially valuable for teams at the bottom of the standings because they do not have the same financial capabilities as Ferrari, Red Bull, and Mercedes. Therefore, it is highly unlikely that you will see a pay driver in a top team.

There are multiple pay drivers on the grid this year. Sergio Perez, Nicholas Latifi, and newcomer Nikita Mazepin are all examples of paid drivers. However, the best example of a pay driver is Aston Martin driver, Lance Stroll whose dad owns the team he races for.

However, Haas team-principal Gunther Steiner has criticized the idea that pay drivers exist. He says that all the drivers in F1 got into the sport due to financial backing. It didn’t all come from their parents, but they all got into the sport based on some financial support.

What Are The Backgrounds Of The F1 Drivers?

Here are some interesting and varied examples of the financial backgrounds and backing of current F1 drivers. Those who did not have wealthy parents received significant support from large companies at a young age to continue their motorsport careers.

While not all F1 drivers came from wealthy families, they all needed some significant financial backing during their fledgling motorsport careers. All current F1 drivers were either funded by wealthy parents or big companies that noticed their talent.

However, receiving funding by the latter route is very tough to achieve, especially at a young age, due to a driver’s uncertainty making it to F1. Therefore, the easiest way to make it into the sport is through the funding of wealthy parents.