Do F1 And F2 Race Together? 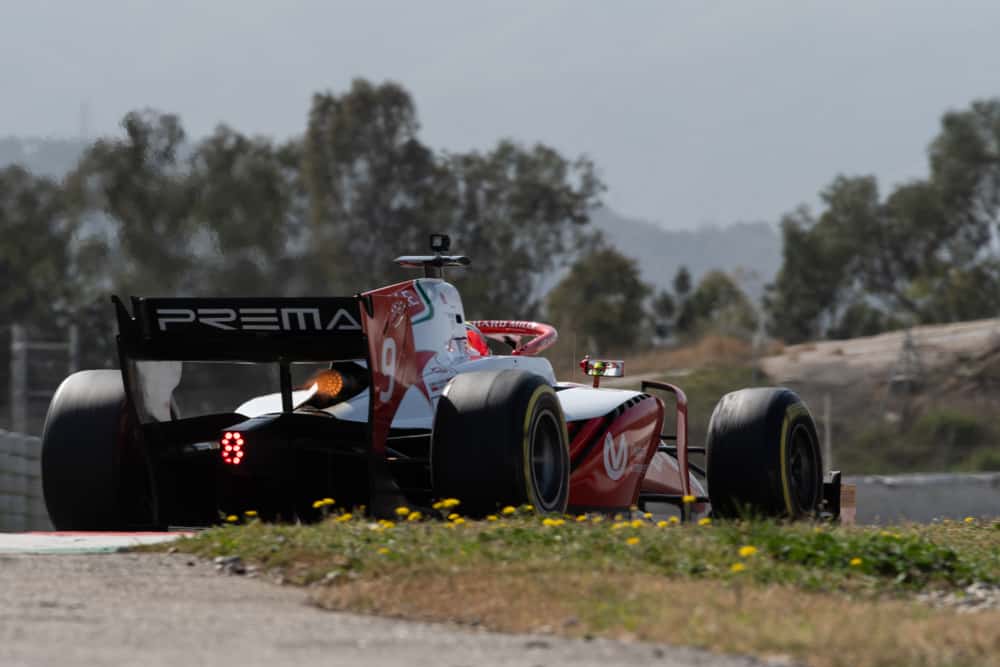 Formula 1 and Formula 2 are two very closely related motorsports. Both of these racing classes fall under the Formula racing league, they are both single-seater, open-cockpit racing classes, and the cars even look quite similar. Formula 1 and Formula 2 are often grouped together because F2 follows F1 internationally, but do F1 and F2 race together?

F1 and F2 do not race together. These racing leagues share the same event dates and locations but never race together. F1 and F2 race events take place at different times, and F2 is treated as a warm-up for F1, as well as a training ground for F1 drivers, which is why they use the same circuits.

Formula 1 and Formula 2 may appear very similar, but the truth is that these two tracing classes are very different. Formula 2 and Formula 1 races are held in very similar ways, but does the fact that F2 follows F1 means that they race together? Let’s clear up the mystery of this question and find a definitive answer.

Do Formula 1 And Formula 2 Race Together?

Formula 1 is among the most widely enjoyed motorsports internationally, and there is no sport more prestigious nor more intense than F1. This sport is conducted annually with a season of around 20 races that take place all over the world. Formula 1 is considered to be the absolute pinnacle of modern motorsport.

Formula 2 is another form of Formula racing that is somewhat similar to Formula 1, but with a very different set of rules and with very different cars. The reason why some people may find themselves asking if F1 and F2 race together is because the Formula 2 calendar exactly follows the F1 calendar.

Formula 2 races take place on the same dates and at the same locations as Formula 1 races, which must mean that they race together, right?

Well, it is true that F1 and F2 share the same dates and race locations for every racing season, but these two racing leagues do not compete together, and they are never found racing together. Formula 1 and Formula 2 races take place on the same dates in the same places but at different times.

The racing season and the practice sessions, qualifying sessions, and races take place on the same days but in different time slots. Formula 2 is always before Formula 1 on race days, as Formula 1 is the main event.

Why Are Formula 2 Races Held Alongside Formula 1 Races?

Formula 1 and Formula 2 are held alongside one another for the entire annual racing season. These two racing leagues are considered to be the most intense and the most entertaining of all single-seater races, and they always travel together.

Every F2 racer is a candidate for Formula 1, but there are only a very limited number of driver positions available for F1. This means that the F2 racing league travels alongside F1 so that the F1 teams can remain in constant observance of the racers in F2 so that they know when the time is right to bring them on to F1.

Formula 2 is also something of a ‘warm up’ or build up leading to the F1 race on the day of the event. The F2 race warms up the crowds and builds the anticipation for the main F1 race event.

Formula 2 is designed to be based on driver skill, and every car is the same, which forces the drivers to try and out-drive one another. This format leads to very exciting races, and Formula 2 is a favorite spectacle among all F1 fans attending the event.

To summarize, Formula 2 races alongside Formula 1 so that the F1 teams can keep an eye out for potential drivers and so that the F1 fans can enjoy the F2 races on event days.

What Are The Important Differences Between F1 And F2?

Formula 1 uses larger, significantly more powerful, and much faster cars. These cars have larger engines, produce more horsepower, have better torque, and are more aerodynamic than F2 cars. Every F1 car is designed and built by each individual team, which means that every F1 car is a little different, giving the teams with better cars a competitive advantage.

Formula 2 cars are slower, smaller, and less powerful than F1 cars. Every team in Formula 1 has to use the same car made by the same manufacturers and made to the same specifications. This means that no team has a competitive advantage over another, and every team is reliant on the skill and talent of the drivers.

Formula 1 has more money, bigger budgets, higher risks, and more rewards, but Formula 2 is incredibly exciting and holds its own as an independent racing league.

Formula 1 and Formula 2 do not race together, but they share a closely related calendar. The races take place on the same days and in the same locations. Formula 2 races only happen earlier in the day than Formula 1. This happens so that F2 can warm up the F1 audience and so that F1 teams can scout new drivers from F2.

These race events are both exciting, and every person attending an F1 race is happy to see the F2 league take place as well. Both race classes produce very exhilarating race events that make for an excellent day out!

Louis Pretoriushttps://onestopracing.com
Previous articleMost Famous Formula 1 Drivers
Next articleDoes The US Have A Formula 1 Team?