Do F1 Cars Have ABS? 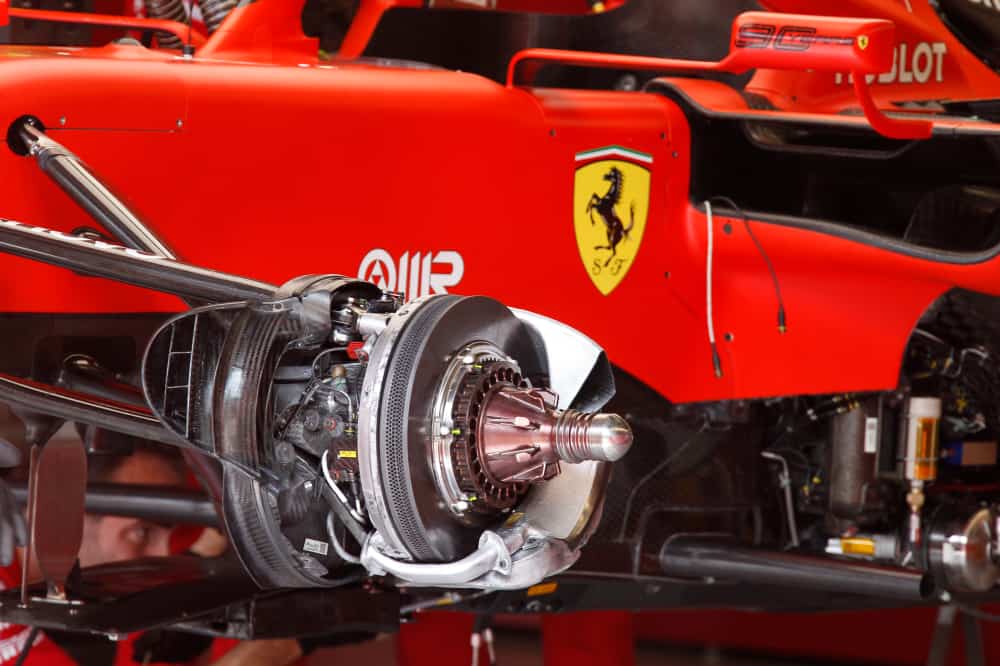 As Formula One is one of the most innovative sports globally, it comes as no surprise that many of these technological breakthroughs find themselves being installed in regular vehicles, but do all these technologies, such as ABS, remain in Formula One?

As of 1994, ABS has been banned in Formula One, and it appears unlikely that it will be reintroduced into the sport in the future. This is because while ABS is an essential safety feature in regular cars, Formula One is concerned with performance and raw skill over driver assistance technology.

ABS easily is one of the most significant safety features in driving, as it improves braking effectiveness. It achieves this by reducing the chance of lock-ups; however, while this is vital for road safety, it is not suited for Formula One racing.

Why Was ABS Banned In Formula One?

ABS became a regular feature in commercial vehicles and Formula One vehicles from the 1970s. As the name suggests, “Anti-Lock Braking Systems” stop brakes from lock-ups when the driver applies pressure to the brake pad.

A lock-up occurs when too much force is applied to the brakes, which causes the disc to stop or rotate slower than the car’s motion. While it is common to see lock-ups in modern Formula One vehicles, previous generations were less common due to ABS.

However, with the introduction of improved safety features to F1 tracks, drivers’ gear, Formula One vehicles, and other safety protocols (such as the use of the virtual safety car), the need for further driver-assisted safety measures became redundant.

Therefore, along with ABS, various driver assistance technologies such as traction control, active suspension, automatic gearboxes, ESP, and other features commonly found in commercial vehicles, were banned from Formula One.

This is because while it did result in an increase in Formula One accidents, there was not a significant increase in potential harm befalling drivers in light of the other aforementioned safety measures and technologies that were introduced.

Thus, on a risk v reward analysis, it was agreed upon by the FIA that ABS, although an important safety feature, was detrimental to the quality of races and diminished the need for advanced driver skills to operate a Formula One vehicle.

Although this ban has resulted in increased instances of lock-ups and accidents, these have seldom proved dangerous to drivers and add significantly to the unpredictability of the sport, as well as the need for advanced driver skills in high-pressure situations.

A recent example that illustrates how a lock-up can prove exciting, unpredictable, and a challenge to a driver’s skill set, while not placing them in unnecessary danger, the recent restart at the Azerbaijan Grand Prix, showcases this.

For an in-depth analysis of why Lewis Hamilton had a lock-up at Azerbaijan, the context as to the significance of the lock-up, and visualization of the incident, the following provides access to the official Formula 1 YouTube channel and video:

Over and above considerations of ABS negatively affecting viewership and diminishing the need for advanced drivers’ skills, ABS also runs contrary to the design philosophy and goals of Formula One teams to maximize performance.

This is because ABS, as an automatic safety feature, is designed to take control away from the driver. This happens when ABS is too aggressive and forces the driver to drive and brake more conservatively.

While this reduction of control in dangerous braking situations may be ideal for safety reasons in commercial vehicles, this lack of control would force Formula One drivers to minimize the risks taken in a race to achieve positions.

Subsequently, this runs contrary to the purpose of watching Formula One, namely to watch drivers perform high skill, high-risk maneuvers to position themselves in a way that allows for overtaking and increased speeds.

How Do Formula One Brakes Work Without ABS?

Although Formula One vehicles may not have ABS, this does not mean that their braking systems are not advanced. Instead, Formula One brakes are made in a way to uniquely integrate both safety and performance considerations into their design.

A comparison to illustrate the effectiveness of Formula One braking systems is to note that a Formula One vehicle can go from driving 60 miles an hour to a complete stop in just 15 meters. In contrast, a commercial vehicle usually needs 60 meters.

Furthermore, a Formula One vehicle can go from driving 185 miles an hour to a complete stop in less than 4 seconds!

To achieve this level of braking speed and intensity, Formula One vehicles are fitted with both front and back braking systems that are activated at the point of braking.

The front braking system is controlled by a master cylinder pushing braking fluid at the point of contact with the braking pedal to the calipers of the front tires. These calipers have a clamshell design that squeeze the brake pads front tires with significant force.

These brake pads are made from carbon-carbon. This material is far superior to the brake pads seen in commercial vehicles in that their stopping power is improved by high coefficient friction, low thermal expansion, and low thermal shock.

The rear brakes are more complicated than the front end’s hydraulics system. Rather there is an electronic system between the master cylinder and the brake calipers telling the brakes how to operate; this is known as a brake-by-wire system.

While at first glance it may seem that the omission of ABS in a Formula One vehicle may present a safety hazard to the drivers, other safety innovations and advanced braking systems mean ABS is redundant and detrimental to competitive racing.

Louis Pretoriushttps://onestopracing.com
Previous article
What Does F1 Do With Used Tires?
Next article
How Many Tires Can F1 Use?