Do F1 Cars Have Shock Absorbers? 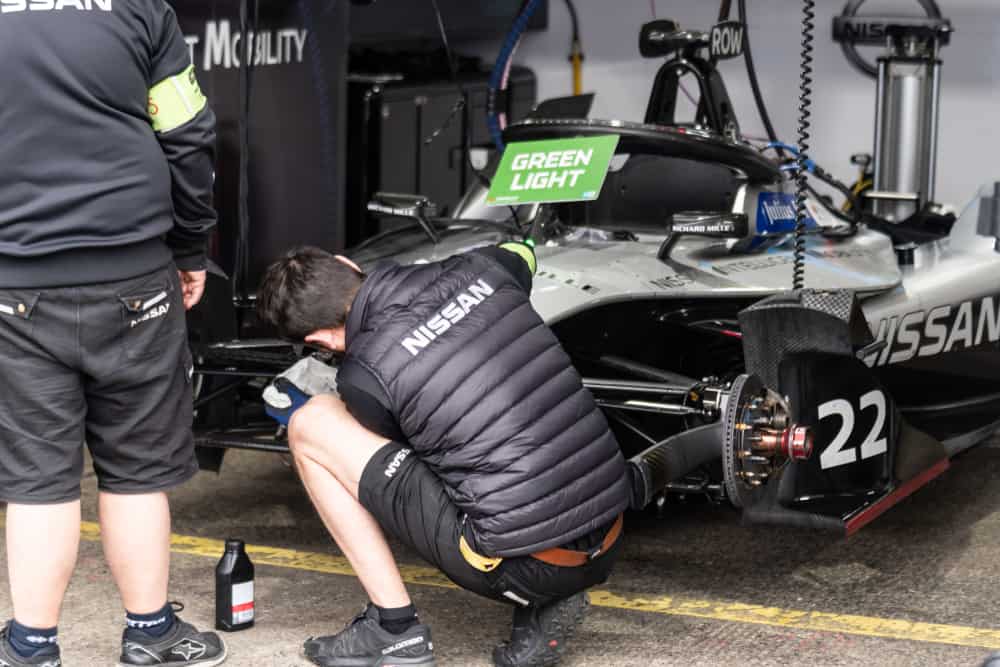 As a Formula One fan and avid watcher of Netflix’s “Formula One: Drive to Survive,” it got me looking into the technicalities of Formula One, most notably: do F1 cars have shock absorbers?

Because Formula One vehicles are built for speed and comfort is secondary to performance, it is understandable to assume they do not need shock absorbers; however, a deeper exploration of suspension design illustrates their importance.

How Does F1 Suspension Work?

Formula One cars have multilinked suspension systems. Suspension aims to ensure that a Formula One vehicle has as much contact as possible between its four tires and the asphalt.

While straight-line speed essentially keeps a Formula One vehicle glued to a track, the same cannot be said when cornering, as there is loss of contact after hitting the bumps and curbs of a track when a driver performs a cornering manoeuver.

The goal of suspension is to ensure after cornering than the momentary loss of contact is mitigated and the vehicle re-establishes its grip with the track, regardless of the comfort expense this may have on the driver.

Another goal of suspension unique to racing cars, such as Formula One, is platform control. Platform control involves counteracting the downforce applied on a vehicle when traveling at high speeds.

The difficulty is developing suspension, which can handle tonnes of extra weight while also being capable of positioning the car relative to the track in such a way to ensure the aerodynamic control of the vehicle is not negatively affected.

In light of this aerodynamic challenge and adapting to various track conditions, we turn our focus to inboard suspension.

What Components Make Up Inboard Suspension In F1 Vehicles?

Similar to ordinary pedestrian vehicles, all four corners of a Formula One car need to be sprung independently to achieve its goals of ride optimization, handling, and platform control.

The three sections of suspension of a Formula One vehicle are:

All three of these suspension systems are connected and work in conjunction with each other to achieve suspension goals. However, for ease of discussion, our primary focus will be inboard suspension.

Since springing in Formula One vehicles is primarily done pneumatically, they consist of gas springs. These springs absorb the shocks generated by uneven terrain, bumps, curbs while cornering, etc.

Consequently, the springs serve a vital role in determining how hard or soft a team should adjust their suspension, depending on the circuit.

Softer springs allow a vehicle to quickly move through a bump or corner; however, this comes at the expense of improved handling as afforded by harder suspension.

However, these springs and how the inboard suspension interacts with the other two suspension systems are heavily reliant on shock absorbers.

How Do F1 Shock Absorbers Work?

Without shock absorbers, a Formula One vehicle would continue to move up and down until the springs stopped moving due to a combination of inertia and ongoing downward forces.

Understandable, this would severely undermine the driving experience in terms of ride, handling, and most notably, platform control.

To counteract these forces, shock absorbers are positioned within the springs to absorb these forces and control the vehicle’s oscillation as dictated by the springs.

Consequently, the springs and shock absorbers in a Formula One’s inboard suspension cannot exist independently of each other, in that springs absorb the bumps and curbs, while the shock absorbers control the subsequent movement of the springs’ oscillation.

For visualization of the three suspension systems and to hear an in-depth discussion of how each system compliments the other, the following video Mercedes-AMG Petronas Formula One Team YouTube Channel is a great introductory resource:

Where Are F1 Suspension Components Built?

As often the case with the research, development, and manufacture of all aspects of a Formula One team’s technology and vehicular components, they need to be made in-house. Teams cannot hope to rely on stock parts if they want to remain competitive.

This allows teams to manufacture and develop custom suspensions for their vehicles to react to regulation changes and breakthroughs in design swiftly and efficiently.

Given that the different components of the three separate suspension systems all need to be sturdy, lightweight, and flexible while interacting with each other, it comes as no surprise that a myriad of materials is used to achieve this.

Generally speaking, the materials used when constructing suspension components are as follows:

Overall, the cost of research and development into these complex systems, coupled with the high cost of labor and the various materials that go into manufacturing these components, makes suspension one of the most costly elements of a Formula vehicle.

While the importance of shock absorbers cannot be overstated, despite initially appearing as superfluous to Formula One vehicles, they must be seen in conjunction with all other components of suspension in a vehicle to truly understand their worth.

Louis Pretoriushttps://onestopracing.com
Previous article
Why Does F1 Race in The Rain?
Next article
Best Place To Buy F1 Merchandise