Do F1 Cars Use DRS In Qualifying? 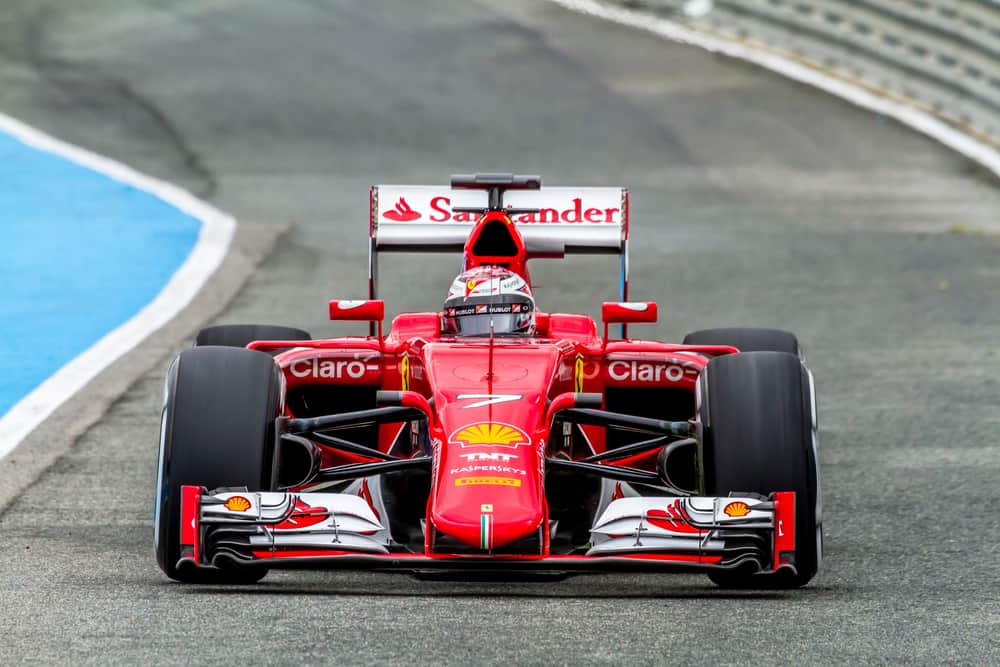 As a Formula One fan and avid watcher of Netflix’s “Formula One: Drive to Survive,” it got me to consider the technicalities of Formula One, most notably: Do F1 Cars Use DRS In Qualifying?

Formula One drivers are allowed to activate DRS in their cars at any point during qualifying. Unlike Formula One sprints and races, where there are official DRS zones and rules that allow for DRS activation, qualifying is not subject to these restrictions.

The reason why DRS is allowed at all times during practice and qualifying sessions, while only being allowed at certain times during sprints and races, provides exciting insight as to the overall purpose of DRS.

DRS was introduced to Formula One in 2011 to improve the quality and excitement of races. DRS reduces the aerodynamic drag on vehicles, allowing drivers to increase their top speed and promote overtaking.

Since the primary purpose of DRS is to promote overtaking and climb positions in either a sprint or race, it is subject to specific rules and regulations:

The reason why DRS may not be activated at all times during a sprint or a race is primary due to points 1 and 4 above, which provides clear rules for overtaking via DRS and how a defending driver may not use DRS.

This means that DRS allows for far easier overtaking. Should it be allowed at all times during a race, the ease of overtaking, specifically for faster vehicles, would result in an unfair advantage and predictable outcomes.

Why Is DRS Allowed At All Times In Qualifying?

The reasoning behind the rules and regulations for DRS usage in Formula One races and sprints do not apply for qualifying and practice sessions.

This is because the purpose of practice sessions is to allow drivers and teams to get a feel for the track and to adjust their strategies and race styles accordingly.

Therefore, it is crucial to have unrestricted access to DRS to understand its effect on the vehicle and how it will perform subject to different conditions, different areas of the track, etc.

The purpose of qualifying is about a driver setting the fastest lap time possible to determine what their starting position will be on the grid on race day.

The best method to achieve the fastest lap is to use DRS liberally on the straight portions of a track, as this allows drivers to reduce drag and increase the car’s top speed.

Doing so during qualification is allowed because it has no bearing on the outcome of the other drivers’ lap times, meaning that there are no reasons to restrict its usage, such as on race day or sprints.

This means that, unlike a scenario whereby unbridled access to DRS would create an unfair advantage, it instead allows drivers and teams all possible methods to achieve the fastest lap.

Finally, not allowing DRS in qualifying means that teams would adjust their gear ratios in such a way to drive without it, minimizing their lap time in qualifying.

Doing so would negatively affect the rev limiter of the vehicles, making DRS redundant on race day and undermining the purpose of its introduction to improve races by promoting overtaking.

When Is DRS Used In Qualifying?

While DRS can be used at any time during qualifying, it doesn’t mean that it should be used at all times, despite giving drivers a significant boost to their top speed.

DRS is not used at all times because the rear wing of a Formula One vehicle is designed to produce downforce.

While this may seem counterintuitive, given that downforce slows down vehicles as it produces drag, hence the need for DRS.

Downforce serves an essential purpose during races, namely as a result of aerodynamics and to improve grip.

Long straights on the other hand have negligible amounts of lateral force being applied on vehicles, meaning they are safe spaces to activate DRS to achieve a speed boost without the risk of loss of grip as seen with cornering.

Is Using DRS In Qualifying Controversial?

DRS has garnered significant controversy from both drivers and fans of Formula One since its implication in 2011 and its continued usage.

While it allows for increased instances of overtaking, it is deemed too easy, artificial, and subject to strategic moments on a track, rather than impromptu and risky decisions on the part of drivers.

However, while these are valid points of contention, DRS’s primary defense is its ability to negate the consequences of “dirty air” of following Formula One vehicles on corners by giving them a distinct advantage over defending cars on straights.

For visualization of how DRS attempts to create this balancing act of dirty air advantages for defending cars versus DRS advantage for following cars to make up lost time, please see the following video from Autosport’s YouTube Channel:

Because the purpose of qualifying is lap times and not positioning and the staggered nature of vehicle positing during their qualifying laps, which allow for access to “clean air,” the use of DRS during qualification is not met with much controversy.

However, despite little controversy regarding DRS rules in qualifying, strict regulations exist that drivers and teams must comply with.

Failure to do so may lead to a multitude of fines and penalties, such as when Lewis Hamilton was disqualified from qualifying from the 2021 Brazilian Grand Prix:

While the controversy behind the use of DRS remains a point of contention for drivers, teams, fans, and the FIA alike during sprints and race day, it would appear that its continued unrestrained usage in qualifying will remain.

Ultimately, DRS allows Formula One vehicles to be pushed to their absolute limit. Testing the resolve of drivers, the ingenuity of their teams, and providing fantastic entertainment for the fans!