Do F1 Drivers Get Points In Qualifying? 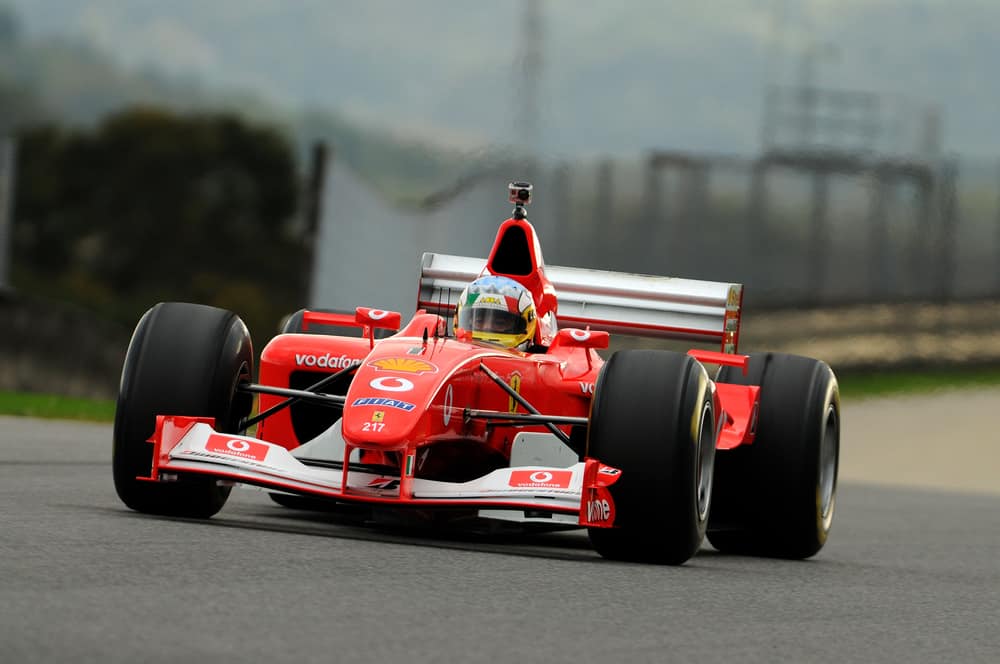 The points scoring system in Formula 1 was unchanged for many years, until 2021, when the sport introduced sprint qualifying sessions. This introduced a new dynamic to the sport and has left many fans wondering if F1 drivers get points in qualifying?

How points are awarded in Formula 1 seems vague, and the addition of the sprint qualifying session has further muddied the waters. Let’s shed some light on the point scoring system for qualifying in Formula 1 Grand Prix events.

Do F1 Drivers Get Points In Qualifying?

The points system in Formula 1 can be challenging to understand. The points are not awarded in what many would consider being a fair way, but the idea behind the scoring system is not to be fair but rather to push the teams to achieve excellence in the sport.

This point-scoring qualifying session is the sprint qualifying session. Only three Grand Prix races in 2021 will make use of this new format, but those three events may make all the difference for both constructors and drivers in the World Championship standings.

The sprint session will determine the starting grid position of the drivers for Sunday’s main race. The points awarded to the top three qualifying drivers will be added to the total points scored by the drivers and teams for the overall racing season, which may determine the outcome of the World Championship.

How Does F1 Qualifying Work?

Standard qualifying sessions take place on Saturday before the main race on Sunday. Qualifying is an hour-long session that is Broken up into three segments known as Q1, Q2, and Q3.

Q1 takes place over 18 minutes, and all 20 F1 drivers are permitted to participate. After the allotted time, the slowest 5 drivers are eliminated and must leave the track. These drivers will fill the bottom 5 slots on the started grid in the main race.

After a brief interval, Q2 begins with the remaining 15 drivers still on track. This session lasts for 15 minutes, and as before, the slowest 5 drivers are eliminated. These drivers will fill starting grid positions 11 – 15.

The remaining 10 drivers on the track will begin Q1 after another short interval. The results of Q3 will determine the first 10 starting positions on the grid for the main Sunday race. These sessions do not award any points to drivers or teams but often determine the outcome of the main race.

However, in the event that a sprint qualifying session occurs, the regular qualifying format is moved to a Friday afternoon, and the results of the session determine the starting grid order for the qualifying sprint.

The results of the Saturday sprint session will then determine the starting grid position of the main Sunday race. The drivers who finish the sprint session in the first three positions are awarded extra points toward the overall championship.

The Formula 1 sprint qualifying session is a new format that was introduced in the 2021 F1 racing season.

This format will only occur in three of the twenty-three races in 2021. The FIA is yet to announce which three events will hold these races, and they will be announced as the season progresses, but it has been stated that they will occur at two European and one non-European event in 2021.

These short race sessions will follow the same rules as a championship race, and DRS is available to the drivers. The only difference is the significantly shorter distance for the sprint compared to the main race.

The finishing order of the sprint qualifying session will determine the grid positions of every driver on the track.

These points contribute to the overall score of the driver and their teams for the overall racing season.

The newsprint qualifying format is a big change to Formula 1. There has never been a qualifying session such as this in the history of the sport. This type of sprint has historically been reserved for the lower leagues in Formula racing, such as Formula 2 and Formula 3.

This has led to contentions and arguments in the Formula 1 fan community. However, regardless of the contentions, the sprint qualifying sessions will contribute to the sport of F1 as a whole, and the extra points awarded to drivers will create a more exciting world championship.

The drivers will push themselves and their cars to the limit in the qualifying sprint sessions, which will lead to very exciting and intense racing, and it will make the race to the world championship for both drivers and constructers a closer battle.

The points awarded in the sprint qualifying sessions are very important, and if the drivers and teams make the most of these sessions, they will drastically affect the outcome of the racing season and are likely to determine the outcome of the Formula 1 World Championship.

These extra points make all the difference if the teams and drivers perform well overall and are likely to change the landscape of Formula 1 from 2021 onwards.

These sprint sessions are a point of contention among fans, but there is o doubt that the sprints are exciting and action-packed races that are enjoyed by many, and extra pints are much appreciated by the competing teams and drivers.

Louis Pretoriushttps://onestopracing.com
Previous articleBest F1 Crashes Of All Time
Next articleWhat Are Constructors In Formula 1?