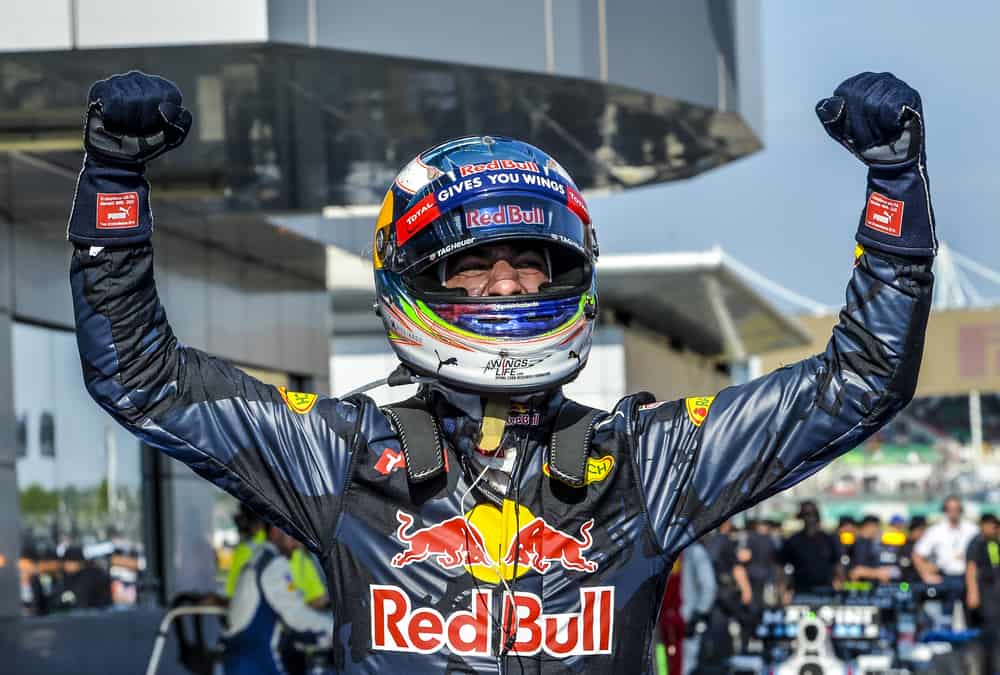 Formula 1 travels all around the world, with races sometimes happening only a week apart on different sides of the planet. As a result, drivers have a busy traveling schedule and spend a lot of time away from home at the racetrack. But, as we all know, there is no place like home, and it’s always tough being away from home for a long time. But is it the same for F1 drivers? I decided to investigate and find out whether F1 drivers go home between races?

Formula 1 drivers are constantly traveling from race to race. As a result, they’re often out of the house, either spending time at the team factory or at the race track itself. But, deciding where to stay between races can sometimes be a tough choice. So, let’s see when F1 drivers choose to go home between races, where the 2021 F1 grid calls home, and where F1 drivers stay if they don’t go home.

Formula 1 drivers will almost always likely go home between races. As they usually fly on private jets, they can get home quickly after the races, and they don’t have to help pack up the garages as the rest of the team do.

While they mostly go home between races, sometimes, they might choose not to go home if they are in between races during a double or tripleheader. This is usually if the races are not in Europe, where all the drivers live during the season.

If this is the case, it is physically taxing on the drivers to travel across multiple time zones, to spend a few days at home before flying back the other way. It is also quite expensive and not environmentally friendly, so in cases like this, the drivers usually opt to stay in the country of the upcoming race. Read on to the next section to find out where F1 drivers stay when they’re not at home.

Where Do F1 Drivers Stay If They Don’t Go Home?

There are no set criteria for where Formula 1 drivers will stay between races if they do not go home. Some drivers might choose to stay in their family homes in their place of birth (particularly those outside of Europe). As covered in the next section, Sergio Perez still lives in Mexico but rents a house in Europe during the season. So, during the South American and North American races, he may opt to spend time in his Mexican home between the races.

Those who don’t stay at home will most likely stay in a hotel. The hotel will be five stars and is usually relatively close to the Formula 1 track to ensure that it is not an extremely long commute to the circuit. Many drivers often stay in a Ritz hotel when away from home.

The Yas Viceroy has a wide variety of rooms to choose from, with the cheapest rooms starting at $225 and the more expensive options being around $740. The cost of this will be covered by the team, not by the driver, as they are technically there for work purposes.

If drivers don’t stay in a hotel, they might either stay in a short-term rental house/apartment. This gives them more space and privacy, and it also means that they can have their trainer stay with them and help them train in a private space before the race. Some drivers might even stay in their own houses, as many drivers own holiday houses in different countries, so the time between races offers the perfect opportunity to make use of these lodgings.

Where Do F1 Drivers Live?

Most F1 drivers live in Europe for three main reasons:

The table below outlines where all the 2021 Formula 1 drivers call home.

While Formula 1 drivers mostly go home between races, this doesn’t apply to every driver after every race. Sometimes, due to scheduling issues, they’ll opt not to head home and instead fly straight to the country where the next race is being held. This allows them a lot of time to acclimatize to the new location and be fully rested and ready for the next race.

When F1 drivers don’t go home after a race, they’ll usually stay in a 5-star hotel or a fancy short-term rental apartment. This is completely up to the driver and their partner (if they join them for the race weekend). This will be paid for by the team, though, as the driver is there for work purposes.