Do F1 Drivers Keep Their Numbers? 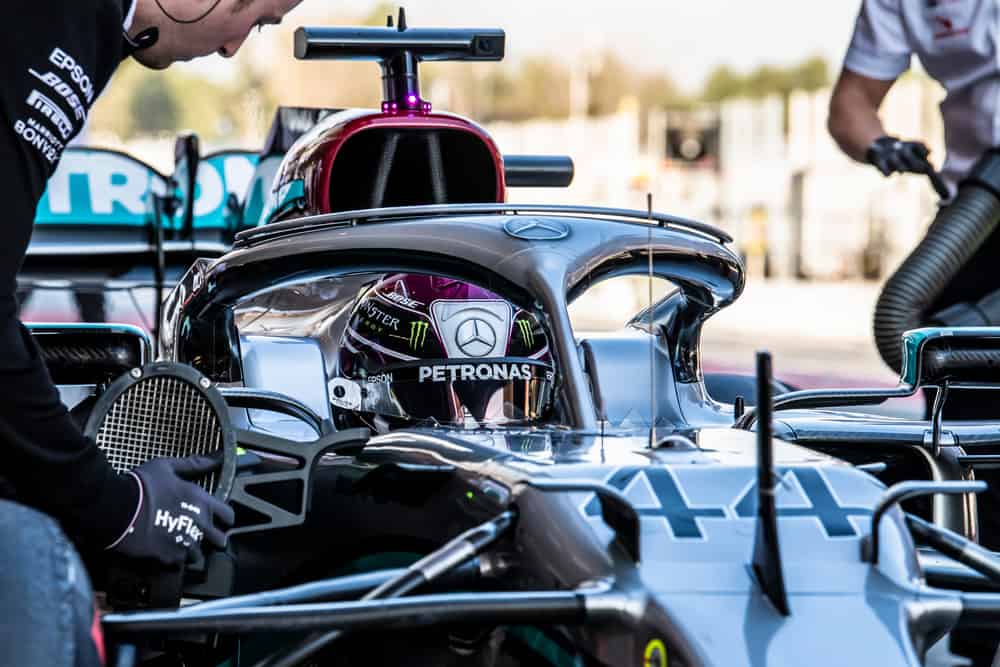 Formula 1 is full of numbers; however, the ones that usually attract the most attention are those worn by each driver. When seeing them, many questions usually arise, such as if they are the ones who have chosen them or if they can keep their numbers. In this article, we will see everything related to drivers numbers.

Formula 1 drivers choose the number they want to race with when entering the category between #1 and #99 (as long as no other driver uses it). They can keep this number until they retire, at which point that number is “reserved” for two years in case the driver returns to racing.

F1 driver numbers have always been an interesting and curious topic that we will look at and discuss below, as it is not a well-known topic.

How Are Numbers Defined In F1?

Throughout history, there have been some changes in the regulation of the allocation of numbers in F1. The rule of running the same number race after race was first introduced in 1974. The numbers were given to the teams based on the 1973 constructors’ championship and kept them for as long as they were in the sport.

However, these numbers were not entirely fixed. Each year, the team that had the driver that won the championship from the previous year was given #1 and #2, and their numbers were given to the team that previously owned them. Basically, an exchange of numbers.

The lower teams could also change their numbers if they retired from F1, but more commonly, they decided to stick with their previous numbers.

This system was changed in 1996, from when the numbers would be changed every year. The driver’s campion team would still take #1 and #2, and the constructor’s champions (if it was not the same) would take #3 and #4 and then work downwards.

This system was maintained until 2014, when the permanent number system was introduced, in which each driver chooses a number and keeps it for their entire career. This was done to create a hallmark and that the drivers can be more easily recognized by the fans, just like in MotoGP.

Are There Any Numbers That Cannot Be Chosen In F1?

From #1 to #99, there are only two numbers that cannot be chosen. The championship winner driver is the only one who can choose #1 for the following year, but can keep his number if he wants, just like the current multiple world champion, Lewis Hamilton, does, always keeping his number 44. For this reason, nobody has been racing with #1 since 2014.

The other number is 17, the only number retired from F1, in honor of Jules Bianchi, who died in 2014 while racing with that number.

Before 2014, #13 was not used and skipped directly from #12 to #14. The main reason was part of a tradition by simple superstition, as it is generally considered an unlucky number. In addition, there were some fatal accidents in competitions with this number during the 1920s.

This changed with the permanent number system, and for example, the driver Pastor Maldonado used it during 2014 and 2015.

In the following table, we can see what number each driver has:

Below we leave an explanation of why drivers have chosen to wear their numbers. Some stories are more interesting than others:

Race numbers are part of the identity of each driver, as it is his hallmark during all his career and is used in his car and all his merchandising. Each driver develops a kind of connection with their number as time passes.

Thanks to changes in regulations since 2014, drivers can keep their number until they retire, something that both drivers and fans liked. Before, it was more difficult to identify a driver by his number since it used to be different each year.

Louis Pretoriushttps://onestopracing.com
Previous article
Do F1 Cars Change Every Year?
Next article
Can There Be More Than 10 Formula 1 Racing Teams?