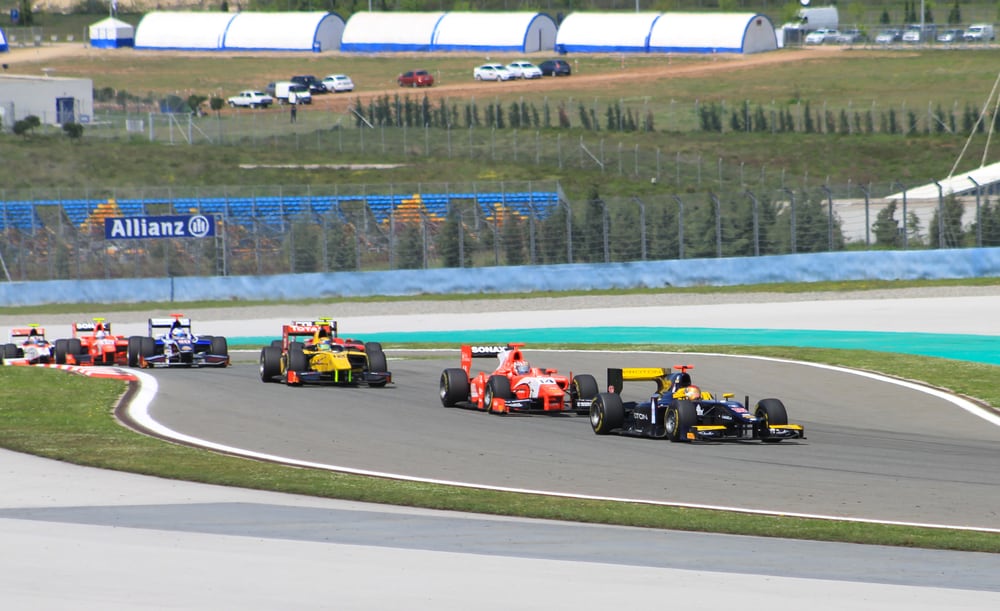 F1, IndyCar, and NASCAR are, arguably, the best-known racing disciplines using vehicles with four wheels. Each is very different from the other, and they have unique fan bases. Unlike NASCAR and IndyCar, which face some struggles, with Liberty Media in control, F1 seems to be heading into a very successful future.

Driver’s earnings in each discipline earn are motivated more by the relative popularity of F1 and NASCAR, rather than any differences in skill, dangers, or the type of driving involved. The similarity between both is the leading drivers are paid more than those at the back of the field.

How Do F1 and NASCAR Drivers Earn Money?

The two teams pay the drivers on a different scale and have various earning components compared to each other.

F1 drivers have the simplest structure. They earn income in two ways.

They Receive A Salary

F1 drivers (their managers) negotiate a fixed-term employment contract with a term as short as one year or as long as five years.

For their services, the F1 drivers are paid a salary as high as $50 million per annum (Lewis Hamilton and Max Verstappen) and as low as $750,000 per year (Yuki Tsunoda).

Drivers are free to sign endorsement deals; however, they must pay a share to their F1 team.

Bonus’s Which F1 Drivers Can Earn

Most teams employ a bonus system for their drivers.

Although the teams don’t publicize their bonus schedule, they generally include incentives for different achievements, which may include.

Bonuses are entirely at the team’s discretion.

NASCAR drivers have multiple income streams, these include.

Although it is not as high as the mega-deals paid to the top 5 Formula 1 drivers, you could never say that NASCAR drivers are on the poverty line!

Teams paid those salaries in the golden era when NASCAR was still attracting a large TV viewership, and ticket sales hit record numbers.

NASCAR Drivers Can Have Sponsorship Deals

NASCAR drivers are permitted to enter sponsorship deals and make endorsements of specific products. Unlike F1, the NASCAR driver has no obligation to share the proceeds.

If the driver wins races and has a marketable personality with a large following, revenue from this source could equal multi-million dollars.

Prize money is only relevant to drivers with sufficient skill and who have cars that can win races.

Winning the Daytona 500 can earn a driver $1,500,000 in prize money. The purse is generally shared with the team; however, drivers typically retain 40-50% of the amount. Not bad for a day’s work!

How Much Do F1 And NASCAR Drivers Earn?

The earnings gap between the most successful drivers and the rest is significant.

The following table compares the earnings of the top seven F1 drivers against the top five NASCAR drivers.

The following makes the point about the wage gap between each driving discipline.

How Do F1 And NASCAR Teams Make Money?

The racing style which earns the most money can pay its drivers the biggest purse.

Formula 1 has several revenue streams, which include

With a global viewership of 70,300,000 people, F1 tops out as the sport with the 7th highest viewership globally.

Each F1 racing venue worldwide pays for the privilege of hosting an F1 event.

Liberty Media does not reveal the cost of the individual circuits hosting fees; however, the total amount earned from this revenue category in 2016 was $654 million.

Promotional partnerships pay $139 million to Liberty media every year; this is over and above the sponsorship deals and marketing partnerships with the F1 teams or the drivers.

NASCAR Has Similar Methods Of Earning Revenue As F1

NASCAR is no slouch in the money-earning stakes. Revenues are derived from the following.

Even though the average viewership numbers reduced to 2.93 million in 2021 (down from 3.06 million in 2020), the revenue earned from TV rights amounts to a massive $660 million per year.

The amount that NASCAR earns from racetracks that host the events is substantial. NASCAR doesn’t disclose this amount.

NASCAR earns advertising revenue from companies airing “spots” during the racing events. Once again, NASCAR does not disclose the value of this activity.

However, it is substantial, as a thirty-second advertisement at the Daytona 500 costs $600,000.

Although F1 drivers command the most considerable salary at the top end, the two sports pay their drivers similarly below this. The differences boil down to the size of the global audience and the corresponding income from viewership rights and race-sanctioned Fees.

Both F1 and NASCAR drivers need to have incredible skill sets to perform at this level and get reimbursed accordingly.