Do F1 Drivers Use Heel And Toe? 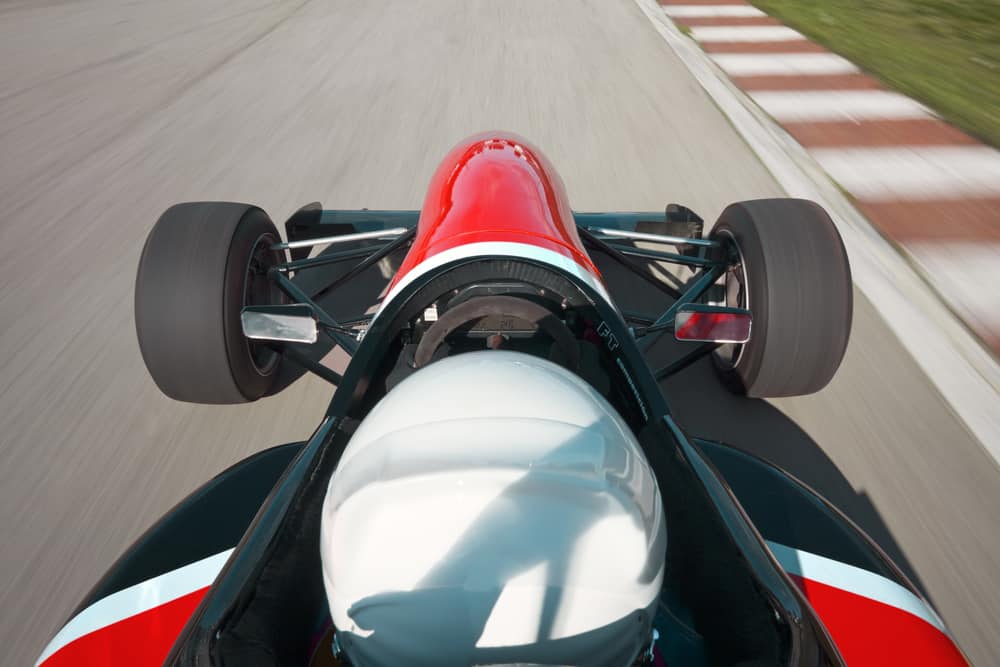 Heel and toe is one of the most widely used driving techniques among racing drivers. This technique allows racing drivers better control over their speeds and engine revs while driving and smoother gear shifting while mitigating any loss of speed. This is an advanced driver technique, and F1 drivers are the best drivers in the world, so do F1 drivers use heel and toe?

Modern F1 drivers do not use the heel and toe technique as the cars in F1 do not have a clutch pedal. Gear shifting is done with paddles on the steering wheel, which means that F1 cars only have a brake and accelerator pedal. F1 drivers have one pedal per foot, so they do not need to use heel and toe.

Formula 1 cars are unique to drive. There are no other cars in motorsport that are as well-engineered as F1 cars, and the gear shifting system is among the best in the world. The way F1 drivers drive does not require heel and toe, but there are other techniques and advantages that these drivers have at their disposal.

Do F1 Drivers Use Heel And Toe?

Formula 1 cars are purpose-built for devouring racetracks like no other vehicles. These cars are relentless in their pursuit of maximum speed, and the drivers that use them are constantly pushing their driving ability forward to be the best that they can possibly be on the track.

This is true of all racing drivers. Racing drivers are always doing everything that they can to be a better racer, and part of that is using advanced driving techniques to get more performance from the cars that they drive.

One such technique is heel and toe, which allows a racing driver to operate the brake pedal and accelerator pedal simultaneously in order to maintain engine speed while braking or while shifting gears.

This technique is very useful in many race cars, but F1 cars are not among them. The pedal configuration in Formula 1 racing cars has only two pedals: the accelerator on the right and the brake on the left.

This means that F1 cars have no clutch pedal, which in turn means that the driver never has to use more than two pedals. This means that F1 drivers keep one foot on each pedal at all times and shift gear with their hands by way of paddle shifters on the steering wheel.

The fact that these cars have only two pedals and no clutch pedal means that there is no need for heel and toe driving in an F1 car. Therefore, F1 drivers do not use this driving technique during an F1 race.

Have F1 Drivers Ever Used Heel And Toe?

Formula 1 cars have not always used the paddle-shift system, and there was a time when Formula 1 drivers had a clutch pedal and had to change gears manually. Did these drivers use heel and toe driving techniques?

It is unclear what driving techniques the drivers of Formula 1 used before the paddle shifters came into the F1 car. Paddle shifters became widely used in F1 in 1992, and the clutch pedal was quickly done away with after that.

There are very few records of the techniques that drivers used in the early days of F1 racing, and they’re not much recorded even before the early 2000s.

However, it is safe to say that F1 drivers before paddle shifters did use heel and toe driving techniques. This is a reasonable assumption, as this technique is one of the most efficient driving techniques and allows the drivers to coax more performance from the cars.

Formula 1 drivers are, and always have been, the best drivers in the world. This means that they did always use techniques that would give them an edge and potentially stand them a better chance of winning the race.

These drivers constantly push their own limits of skill and technique and always learn ways to improve their driving in order to beat their competitors on the track.

While modern F1 drivers have no need to use heel and toe techniques, F1 drivers of the past most certainly did and must have used heel and toe or similar techniques for coaxing the most out of their cars during a race.

What Driving Techniques Do F1 Drivers Use?

While there is no need for heel and toe driving techniques in modern F1 cars, the drivers in this sport must employ several other techniques to get ahead in the race.

There is no clutch pedal to speak of, but the F1 car does have a clutch lever or button that the driver must operate at the very start of the race. If the driver does not operate the clutch button or lever well, they will not have a good start, and this will set them at a disadvantage in the race.

Formula 1 drivers must also master the layout and control of their steering wheel, as there are several buttons, controls, knobs, and switches that the driver must use during the race to control the car and maintain peak performance.

The drivers must still change gears manually; they only do not need to operate a clutch to perform gear changes during the race. However, gear change timing is as crucial as it would be with a manual car, and how and when the driver chooses to change gears can determine the outcome of their race.

There is no clutch pedal in modern F1 cars, but the other mechanical and control features of the modern cars of the sport give the drivers much more to worry about than operating a clutch pedal for gear changes.

Formula 1 drivers do not need to use heel and toe techniques, as there is no clutch pedal for them to operate. Gear changes in F1 are performed on the steering wheel, which eliminates the need for a clutch pedal.

The lack of a clutch removed the need for using heel and toe driving, as the drivers are able to assign one foot to each present pedal in the car and not remove their feet from those pedals during the race.

This is the most efficient pedal layout for racing cars and makes the driving much more streamlined, allowing the drivers more time and effort to apply to the actual race rather than pedal techniques.