Do F1 Teams Have Their Own Planes? 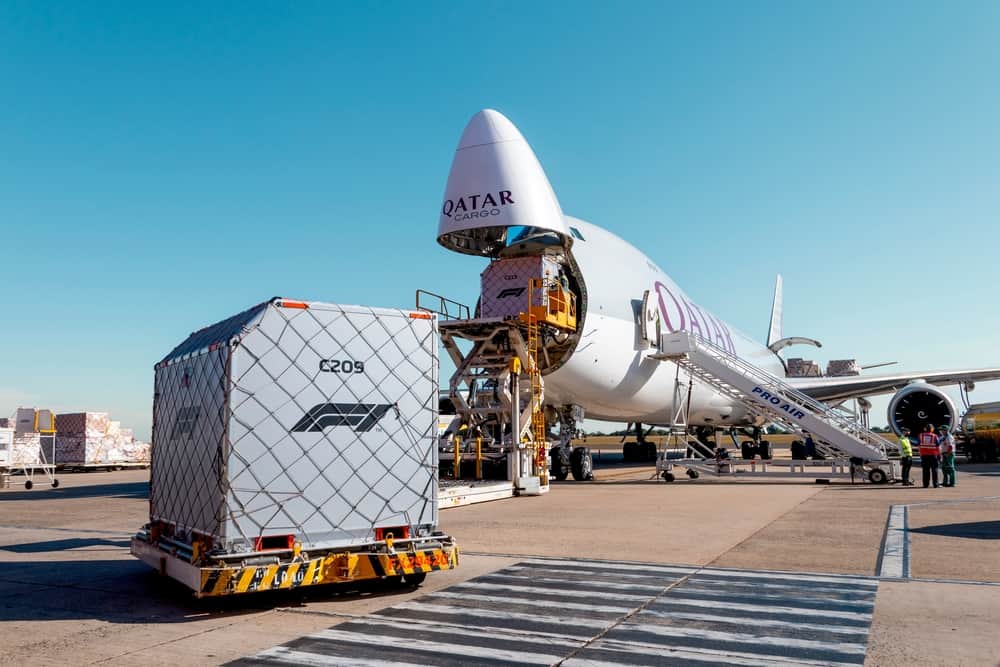 Whether on the race track or in the sky, the F1 teams have to get from track to track as quickly as possible. With 22 races a year and 20 countries to fly to, there is no room for error when transporting the myriad of equipment and team members.

Formula 1 teams do not have their own planes. The teams commonly partner with various executive jet operators to ensure efficient travel for their drivers and other team members. However, private charter is usually for races within Europe, whereas for long-haul flights, they fly commercially.

How do F1 teams manage to move the mountains of both equipment and people around the world in such short spaces of time? Over the years, the F1 teams have mastered the art of efficient travel so that everything vital arrives on time. Read on to find out how F1 teams get around; is it their own planes, private charter, or do they fly commercially?

Do F1 Team Have Their Own Planes?

Formula 1 teams do not have their own planes. Most F1 teams have partnered with executive jet operators to ensure that their top drivers and team members are moved quickly and efficiently to the next race.

The famous Scuderia Ferrari F1 team has a four-year-long partnership, currently still going for the 2022 season, with VistaJet. Whereas McLaren, with drivers Lando Norris and Daniel Riccardo, is partnered with FAI Aviation Group for their travel needs.

While most teams have access to private means of travel, it is common for team members to travel commercially. Most teams opt for the private flying option when it is within Europe or on short flights. However, for international and long-haul flights, teams are known to fly commercially with drivers placed in business or first class.

Some drivers have other reasons for travelling commercially. Due to environmental concerns, 7-time world champion Lewis Hamilton only flies commercial (in first-class, obviously).

Do F1 Drivers Have Private Planes?

While most teams use private charter companies or commercial flights, a few drivers have opted for the ultimate luxury option: a private plane.

Currently leading in the 2022 world championship, Max Verstappen recently bought his own striking private jet – a 12-million-dollar Falcon-900EX. Lewis Hamilton is the other driver on the grid who owned a private plane. Hamilton recently sold his Bombardier Challenger 605 and decided to start flying commercially.

The Alpine driver, Fernando Alonso, is currently part of a brand partnership with EMC-Jet, which began in 2020. However, he also owns his own Dassault Falcon 900.

Past F1 drivers who have owned private jets are Michael Schumacher, the German F1 legend, who used to fly around in a Dassault Falcon 2000 EX, and Nikki Lauda, who enjoyed the luxuries of his own Global 500 jet.

Is F1 Equipment Transported Via Plane?

Aside from the drivers and various team members, the F1 teams must transport an endless amount of equipment to each race.

Formula One Management (FOM) generally charters the F1 team’s equipment via cargo planes. The FOM has a 4-decade-long relationship with DHL, which has consistently transported cars, parts, and other F1 equipment worldwide.

Transport via cargo planes is most common for races outside of Europe – or any race quite far away. However, for most races within Europe, land travel is the most frequently used method of transportation of F1 equipment.

Do F1 Teams Fly Their Cars?

Getting those cars from A to B is no easy task. These pieces of equipment are vital, and any damage can be detrimental to the race day – so the careful transport of these cars is essential!

Transporting an F1 car to nearby locations is often done via road transport in trucks. However, for races that are far away, cargo planes are the go-to. DHL is the cargo plane company that all F1 teams use to transport their cars, thanks to their partnership with the FOM.

When the teams transport their cars, they dismantle them first. The purpose of the dismantling is to allow for efficient transportation and to protect the vehicle from damage. The dismantling involves separating the wings (both front and rear), power units, and gears and placing them in one container. Then the car’s frame (the chassis) is placed in a separate container.

The car arrives in various pieces at the track, and the team will reassemble it there.

How Many Cars Do F1 Teams Fly To Each Race?

A commonly asked question is whether F1 teams fly additional cars to the race besides the two main cars. The answer is no, not anymore.

In the past, teams would fly up additional cars for their drivers to use in the case of damage or malfunction. However, recently F1 teams have decided against this as it added hassle to the transportation of already tons of equipment.

Nowadays, the teams travel with spare parts for almost everything. Thus, they can replace or mend virtually any aspect of the car if necessary.

In conclusion, F1 teams do not have their own planes. Most teams are partnered with executive jet operators to fulfill their travel needs. However, teams commonly fly commercial for long-haul flights. Drivers like Verstappen and Alonso mostly use their private planes to jet around the world.

Transporting equipment and cars is usually done via DHL cargo planes for races far away. However, road transport is standard for races within Europe. Lastly, F1 teams no longer travel with more than two cars to each race but rather bring spare parts and other equipment to deal with damage or malfunction.