Do F1 Teams Use The Same Car? 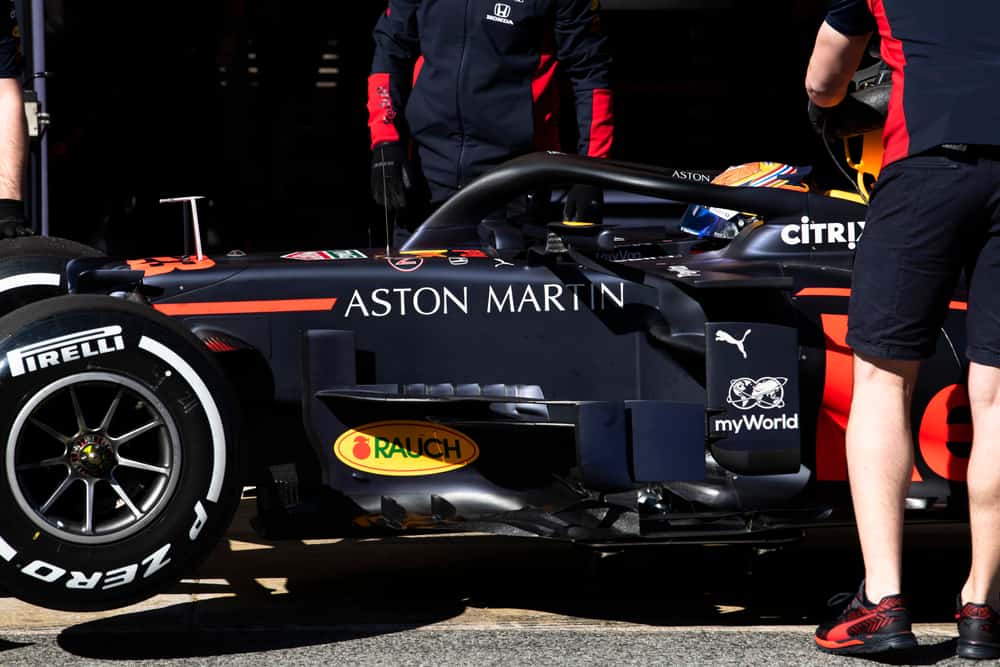 We have all seen the clips of teams arriving at the track on a race weekend. Even this simple task of arriving can be a spectacle. One thing you will notice, all the teams have two cars, one for each driver. So, the question is, do F1 teams use the same car for each race, and are the cars identical?

According to FIA regulations, formula one teams can only have two running cars at a time. In case of an accident, teams take all the parts needed to build a new vehicle for each race. Before every race weekend, teams will customize the car according to the track. The cockpits are tailored to each driver.

In today’s article, we want to look at this question from different angles. How often do F1 teams change their cars weekly, yearly, or only change when needed? Also, we will take a look at what happens when a car crashes. So, for everything that you need to know, keep reading.

Do F1 Teams Use The Same Cars Every Race?

Every race track is different. One track might have many corners, like the Saudi Arabia track, while others have fewer. You also have tracks that have long straights but a few hairpin corners like Monaco. We also need to consider elevation gain and loss. So, how do the teams adapt to these changes?

Every F1 team can only have two running cars at the same time. Also, having a different car for each race would cost more than a few million dollars. So, they use the same cars for each race weekend. However, there is a catch.

After a race, F1 teams do not take a break. They get straight to work and prepare for the next weekend. Remember, building, maintaining, and preparing F1 vehicles is not a one-person or one-day job.

Plenty of research and analysis goes into preparing a car for the next weekend. Everything from the track’s surface, the inclines, declines, and even the climate are considered. Once a conclusion is drawn, the car will be tailored to that track. So, although the cars look the same as they did the previous weekend, they could be completely different.

Do F1 Teams Use 2 Identical Cars?

Now, I feel that we have answered the question for most readers. However, I want to take a few different approaches to the question. To start, we will answer whether or not F1 teams use two identical cars for their drivers.

The F1 cars will be identical when they leave the production line. However, the cars are then modified and tailored to suit a few specific conditions. Here are a few modifications that a team makes to their F1 vehicles.

So, while we can say that both cars look identical, they are somewhat different. It is important to remember that every driver has a style. It is up to the entire team to modify the car according to the driver. It may seem like a boat-load of work, but it maximizes efficiency.

As technology improves, F1 teams are quick to implement the changes into their vehicles. The amount of research and development that is constantly happening is significant. Teams spend millions of dollars every year on this. So, yes, F1 teams do change cars every year.

Before the start of a new F1 season, each team is given guidelines and regulations by the FIA. The changes in these guidelines are significant, and the teams have to build their new cars accordingly. The 2022 season will see a drastic change as the budget limit is lower than in previous seasons.

This limitation makes the playing field a lot more even between all the teams. So, smaller teams like Williams and Haas have more of a chance of getting results. Haas made no adjustments to their car for the 2021 season because they are looking forward to 2022. FIA regulation changes can include:

Does Each F1 Team Have A Different Car?

Now for another angle to the main question. If you are new to F1, nobody will judge you for asking this type of question. After all, formula racing is highly technical, with lots to remember. So, asking questions is the best way to help you understand what is happening each week.

The FIA plays a heavy role in the production of F1 cars. There are certain standards that teams adhere to. However, once a team receives the guidelines, they make tweaks to each part of the car.

Usually, the team with the most money will have the better car. Small things that improve lap times by 1/10th of a second can make all the difference over 70 laps and the entire season.

What Happens If An F1 Car Crashes Before The Race?

Every individual that works for an F1 team is highly qualified in their field. This is true for engineers and mechanics. However, as good as they are, sometimes a car will be written off for the weekend because the damage is just too extensive to repair, but there are other times when things are different.

If a car crashes for a race weekend, a team cannot use another car. They are only allowed to have two at any given time. However, they carry enough parts to rebuild a car fully, but this takes time.

If a car crashes during Friday practice, the team will assess the damage and try and get the car back on the track before qualifying or for the race.

If the car cannot be repaired because the damage is too extensive, the team will not have two cars out on the track for that weekend. There have been times where cars have been fully rebuilt in a day after a crash. To most people, it seems like a miracle, but the mechanics and engineers are the best in the business.

I love answering questions like this because you have different types of F1 fans. You get the hardcore ones such as myself, and then you get your casual fans. It doesn’t matter which camp you fall into. What matters is that you enjoy watching F1. However, I understand that more casual viewers will have questions like this, and remember, you can always go through our blog if you have any more questions.