Do Formula 1 Drivers Drive With Both Feet? 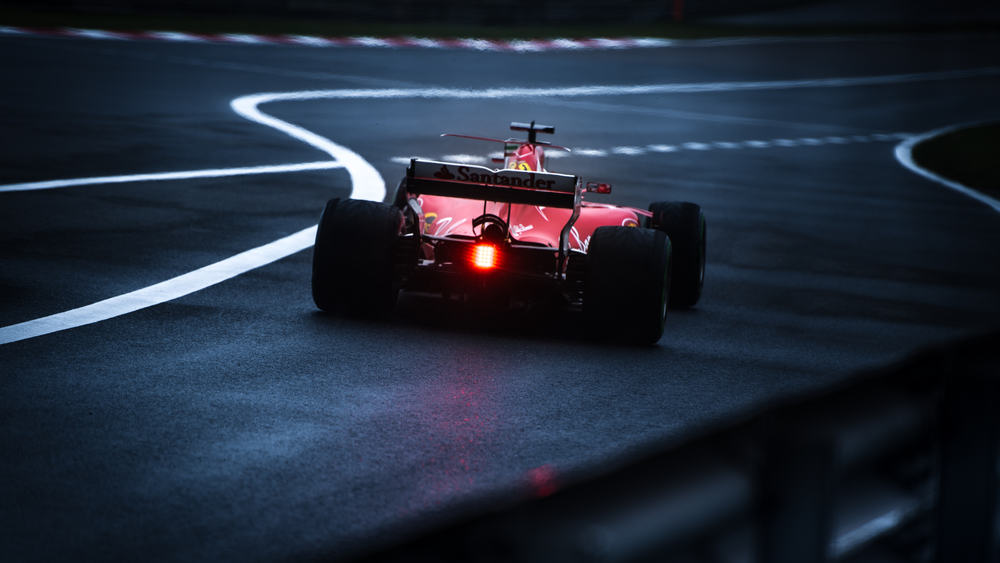 When watching videos of Formula 1 drivers practicing or demonstrating their cars, or when we see footage of a tuning lap, it is common to see footage from a “pedal-cam.” Pedal cams allow viewers, and more importantly, F1 racers and engineer teams, to see how the drivers use their feet to control the car’s pedals. The footage from these pedal-cam shots leads many to the question, do Formula 1 drivers drive with both feet?

Formula 1 drivers do drive with both feet. This driving technique is known as left-foot braking and is used by every F1 driver. This technique allows for better brake bias and control, affording the driver higher cornering speeds. Left-foot braking is a standard in F1.

When Formula 1 drivers use both feet to drive, they are using the left-foot braking technique that was developed by racing drivers to improve the performance of their vehicles, especially when cornering. This technique only arrived in F1 in the 1970s but is now a standard in F1 driving. Let’s look at why Formula 1 drivers use both feet when driving, what this technique does, and why every F1 driver uses it.

Do F1 Drivers Brake With Their Left Foot?

In the modern world of Formula 1 racing, the cars are built to perform at incredible speeds with optimum braking, cornering capabilities, aerodynamics, and they are all bristling with the most high-tech electronic systems to control many aspects of the car and provide information to the driver and engineers.

All of this technology and sophisticated engineering is for nothing without the skill of a good driver.

The diver is still the most important aspect of a Formula 1 car, and therefore the techniques that the driver is able to execute, play a vital role in how well the car does during a race.

One of the techniques that F1 racers use it get the most out of their cars is left-foot braking. F1 drivers do brake with their left foot.

In modern Formula 1 cars, there is no clutch pedal. There are paddles on or near the steering wheel that the driver used to change gears. The clutch control is done by an electronic system, except when starting motion from the pits or from the start line, when a clutch button is used by the driver for the perfect launch.

This technique is vital for an F1 driver, as it allows them to get the most out of their car during a race. It is so vital for racing that the pedals in the cars are now designed to only use left-foot braking techniques, and the brake pedal rarely operated with the right foot.

In fact, many F1 cars have bracing plates surrounding the pedals themselves, which keep the driver’s foot on the appropriate pedal without it being able to drift away from the pedal while driving.

In modern F1 cars, there is no space in the footwell for a footrest or any area to place the left foot except on the pedal, simply because no F1 driver would ever rest their left foot during a race, as it must always be ready for braking.

Why Do F1 Drivers Use Left-Foot Braking?

The technique of left-foot braking is useful for an F1 driver for many reasons.

The use of this technique allows the driver to maintain higher speeds while cornering, which is vital for good lap times.

Left-foot braking enables the driver to continue accelerating through corners, which improves brake bias and load transfer, which allows the car to tuck into the apex of the corner sooner, reducing the time it takes to get through the corner.

Another reason this technique is so important for the performance of Formula 1 cars during a race is that it helps to keep heat in the vehicle’s brakes.

F1 cars use carbon brakes that only function after they reach a temperature of around 300oC (572oF). If they are any cooler than that, they will not slow the car down much at all.

These brakes are too tough and need such high heat to operate well that they are able to withstand temperatures of more than 700oC (1292oF).

This means that the brakes on an F1 car must be kept hot to function well, and using the left-foot braking technique allows the driver to keep their brakes working at optimum performance, even if they have not used their brakes for a while or if they have not been able to corner at high speeds for reasons such as wet weather.

The cornering speed that left-foot braking provides coupled with the car control and brake bias mitigation that come with this technique and the fact that it keeps the high-performance F1 brakes operating well means that braking with the left foot is essential for every F1 driver.

Another advantage to using left-foot braking is the fact the driver never has to remove their foot from the throttle.

F1 cars are so sensitive to minor pedal movements that if a driver takes their foot from the accelerator pedal for even a fraction of a second at the wrong moment, it may be the difference between coming in 1st and 2nd in a race.

If a driver has to remove their foot from the throttle, it takes precious moments to relace it.

Do F1 Drivers Always Drive With Both Feet?

Formula 1 drivers are among the most highly skilled drivers of any racing league in the world.

These drivers have to function at stresses that no normal person is able to withstand. They also have to master specific skills that are required for not only competitive driving but also for driving a Formula 1 car.

These cars are unlike any others and require the driver to develop specific skills to operate them well.

Modern F1 cars are built with left-foot braking in mind.

The pedal configuration of the car and the size of the footwell require the driver to use this technique.

There are only two pedals available for the driver, an accelerator pedal on the right and a brake pedal on the left. There is very limited space within the footwell of the vehicle, and this means that the driver must keep each foot on one of the two pedals.

Naturally, this means that the left foot will be used for the brake pedal.

The way that these cars are built, and the pedal configuration that they use are a result of years are strenuous testing and development by drivers and engineering teams to optimize the car and to make it as easy as possible for the driver to get the most out of the vehicle for racing.

F1 drivers began using the technique of braking with their left foot long before there was no clutch pedal, as it allows the driver to get the most out of the car. This means that modern F1 cars do not have a clutch pedal are designed with left-foot braking in mind, as this is the technique that every driver uses.

For these reasons, Formula 1 drivers always brake with their left foot. The cars are built that way because the drivers drive that way.

This technique is so ingrained in Formula 1 driving that modern F1 cars are built for left-foot braking. They do not have a clutch pedal at all, and the two pedals that are available are operated with one foot each and have bracing that prevents the foot from leaving the pedal.

This braking technology allows the driver to get better performance from the vehicle when cornering, providing better control over the car, resulting in faster cornering speeds which ultimately reduces lap times.

Left-foot braking is the difference between 1st and 2nd place in a Formula 1 race. The next time you watch some pedal-cam footage from an F1 driver, watch the way that they use their feet and take note of where the driver is on track, and you will see that this technique is crucial for every F1 driver to get the best possible lap time!