Do MotoGP Bikes Have A Clutch? 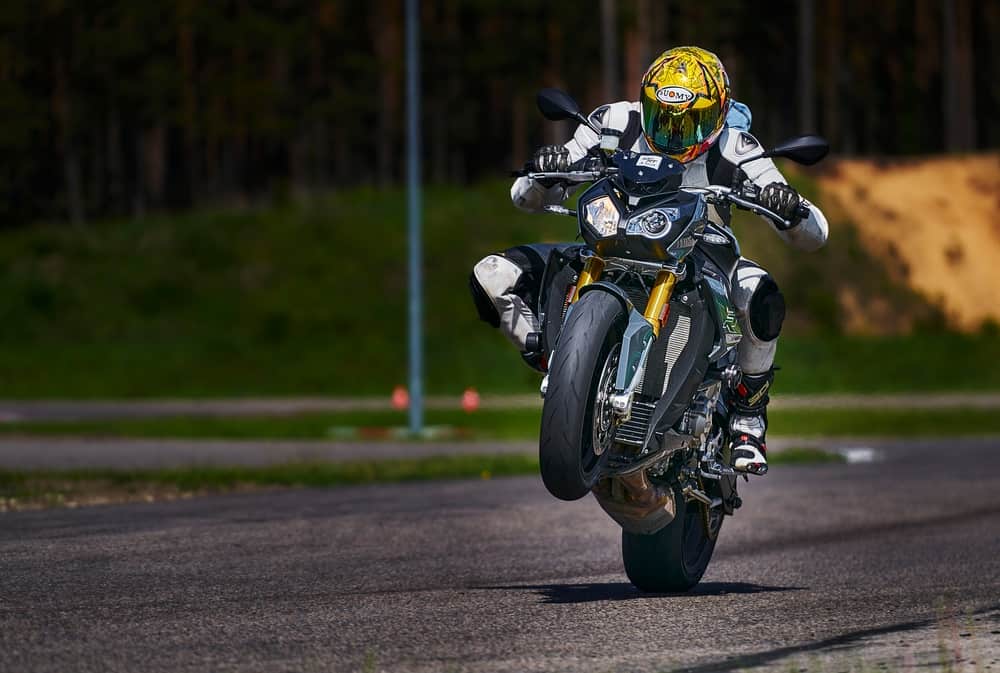 A surprising fact for a lot of people is that conceptually there aren’t many differences between MotoGP bikes and standard production road bikes. Yet despite the obvious highly tuned machines performing at the pinnacle of their capabilities, one standout difference is the way that MotoGP transmission and clutch operate.

MotoGP technology is very advanced, and most details of how things operate are secret. A known fact is that the seamless transmission that enables quick gear changes does not necessitate manual clutch lever operation, enabling the rider to focus on acceleration and control of the bike, especially when cornering at high speed. But how do riders make use of the clutch?

The clutch on a MotoGP bike works similarly to any clutch found on a standard production road bike. How it’s used is where the biggest differences lie. In the past, racing bikes made use of quick shifters to get the job done. This would automatically disengage the engine when a gear change was initiated.

The problem with this method is that racing bikes are designed for maximum speed. With the massive amount of raw horsepower meted out to the back tire every time the engine disengaged and reengaged, causing the tire to spin and the bike to rock uncontrollably, something had to be done to improve stability and, thus, rider safety.

Honda revolutionized transmission technology with the development of a seamless gearbox that does not require gear changes to pass through the neutral stage when shifting from one gear to the next. This made gear changes quicker and meant that two gears were momentarily engaged simultaneously.

Without pinching Honda’s patent, other teams soon realized that there was much to be gained from developing their own methods of shifting gears seamlessly, and a lot of money and effort was thrown at these initiatives.

How Does The MotoGP Bike Clutch Work?

On MotoGP bikes, the gear changes work in reverse order to road bikes. Instead of shifting up to go from 1 to 5, they press their foot down to select the next gear. This method helps to match the engine speed with the transmission speed more accurately without losing too much power.

Making use of gearing down instead of up is also helpful for the rider who needs to change gears during cornering, which is more difficult considering that the right foot needs to be ready to press the brake where required. With something in the region of 500 to 600 gear shifts in a single race, using this method is a massive advantage as the rider can focus more on steering the bike.

The clutch is essentially a mediator between the engine and the gearbox, transferring the engine power to the wheels as efficiently as possible. Road bikes make use of a traditional wet clutch when making gear changes.

A wet clutch is immersed in engine oil which aids lubrication needed to keep clutch plates and other components cool. These rotating friction plates can thus take far more abuse than a dry clutch which does away with any cooling oil.

In MotoGP, these powerful four-stroke beasts make use of dry clutches. A dry clutch is better for racing bikes as it reduces drag on the rear wheel and allows for more power transfer, which is fine in MotoGP as the bikes are designed for riding on a track where less heat is generated.

Also, dry clutches are noisier and soil the oil much quicker than wet clutches. This is of little concern considering these machines are serviced regularly between races. As for the noise, well, that adds to the atmosphere! In fact, in some motorcycle races, the teams opt to remove the clutch covers to help keep the mechanism cooler.

How Are Gear Changes Made In MotoGP?

It is important to remember that MotoGP bikes are prototype bespoke motorcycles that make use of advanced proprietary technology. The clutches, therefore, are unique in that although they are manual rather than automatic, they deploy a unique slipper clutch mechanism to change gears.

The rider still needs to press the foot lever to gear up or down, except that the slipper clutch encompasses an integrated freewheel designed to limit jerking and vibration on the back wheel and disengage the rear wheel when braking and thus avoiding wheel locking.

When the rider presses the pedal, a special load cell raises the pressure, which momentarily cuts the power transfer that occurs between the engine and transmission, ensuring a smooth and efficient gear change without overloading the drivetrain and rear wheel. This process facilitates safe gear changes without having to pull the clutch lever by hand.

This is very important in terms of safety. When a rider upshifts gears, the engaged rear wheel speed exceeds the engine speed, and this excess torque puts tremendous stress on the wheel, sprocket, chain, and swingarm. This can cause the rear wheel to lose traction and cause the bike to skid, causing an accident.

This special slipper clutch technology is designed to absorb this excess torque, resulting in smoother emergency braking when required. The slipper clutch system is sometimes referred to as a back-torque limiter.

When downshifting, the opposite happens. The rider keeps the throttle completely closed, pressing the gear lever upwards. At this moment, the electronic controller opens the butterfly emulating throttle movement, which allows for the gears running at different speeds to engage without jamming or damaging the gear teeth.

MotoGP bikes are also fitted with paddle shifters, allowing gear changes without manually engaging the clutch lever. However, this is really a matter of personal choice, and some riders prefer to use the old conventional method instead.

MotoGP racing is at the cutting edge of motorcycle engine technology. With the massive speeds these bikes reach, it is mission critical to innovate and revolutionize how they perform constantly, and clutches are an important element of this process, ensuring the sport is as safe and enjoyable as is humanly possible.

Louis Pretoriushttps://onestopracing.com
Previous article
What Is MotoGP Racing?
Next article
How Do MotoGP Riders Drink Water?