Does Drag Racing Damage The Car? 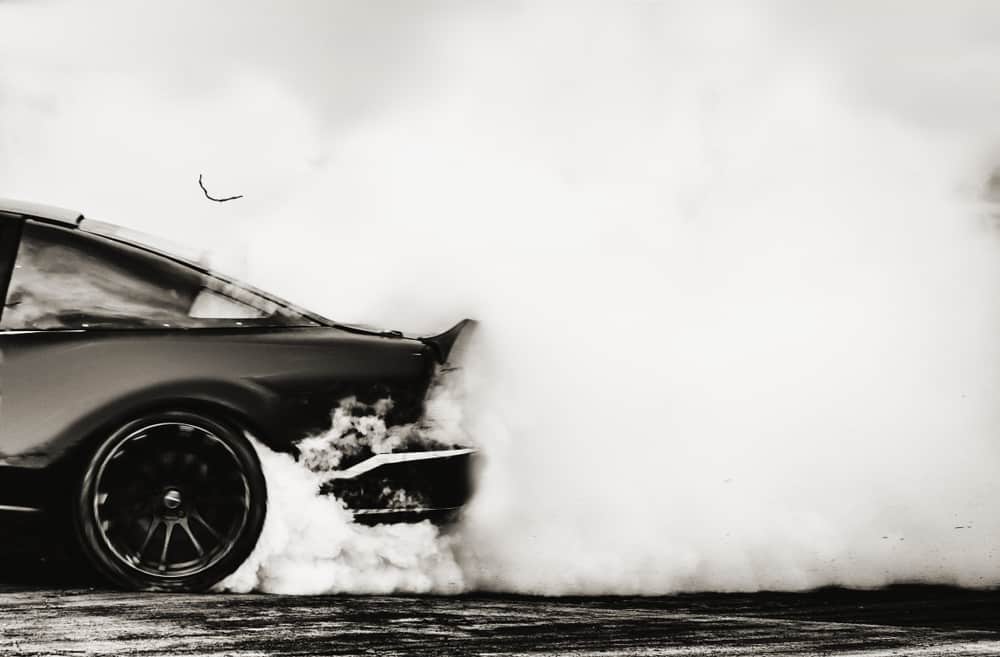 Have you ever been to a drag racing strip and had the opportunity to go into the pit section? The atmosphere is absolutely electric. Crews are working on tuning, fixing, and testing their respective cars before a run. The incredible thing about these cars is their engines and speed, but thinking about these cars’ power output made me wonder about something, does drag racing damage the car?

Drag racing can damage a car that is not perfectly maintained. Typically drag cars will be serviced after each run and will have overall maintenance done to the engine and all moving parts. The Top Fuel division engines and sequential are rebuilt after each run due to the significant damage it incurs.

Only a few things will cause a drag car to become damaged, and almost all of them can be prevented. In the top four classes of drag racing, the risk of damage increased significantly due to the enormous stresses placed on the car as a whole. If we look at the 1000 BHP classes and below, the cars’ risk of damage is not impossible but definitely much lower. In order to prevent excessive damage to a drag racing car, there are some things that need constant attention. Let us explore further.

Do You Need Special Equipment To Drag Race?

The idea that you can take any car off the street, take it to the nearest drag strip and make a run sounds feasible. However, a little more planning and preparation needs to go into it.

You can take a standard production car to a strip, provided you have the required safety gear, and do a few runs redlining it to see how it performs. A production car has a set standard performance limit, and if you try to push it beyond that, you could suffer an engine blowout.

Besides these obvious but fundamental safety requirements, the cars also have modification guidelines it has to adhere to.

Few cars in the 500 BHP and under drag classes don’t have to make too many modifications to their vehicles. Many production cars come with a standard 500 BHP engine. The components are manufactured to withstand the relevant in and outputs.

On a car above 1000 BHP, many more modifications are required to push the car to perform better than stock. You’re looking at

Mostly these parts will be made up of different brand components and will no longer be the original parts the car was manufactured with.  Drag racing requires special equipment for better performance.

How Does Drag Racing Cause Engine Failure?

During a drag race, the car engine is pushed to the absolute limit of its performance capacity. For the engine to perform, certain aspects of the vehicle need to be maintained without fail. A poor performing engine can lead to a blowout. Let’s have a look at some reasons a typical engine is performing poorly;

Why Is Engine Maintenance So Critical?

The most critical part of drag racing is the engine’s maintenance and tuning; without the team of highly skilled mechanics and the Crew Chief, the cars will not run. Let us look at two things that can cause damage to the drag racing car without fail if not maintained;

A blowout or engine failure is very hard to miss; it is when one of the following things happen –

In a case like this, the engine will lose power immediately and might seize up. The only remedy here will be the total replacement of the engine.

A Top Fuel drag car displaces so much power that the engine and the sequential clutch have to be fully replaced after each run. The heat generated inside the clutch causes two or more clutch plates to fuse together and become a solid wheel. That means on an average race day, the engine and clutch get replaced four times. The crew can do a full engine rebuild in about 40 minutes.

Can The Wrong Fuel Damage The Drag Car?

In most drag racing classes, you will find the cars use various fuels like VP’s street-legal 100 or 101. Some use Motorsport 109 for a more oxygenated unleaded. If you have more boost pressure, X85 is a good option. Using the wrong fuel in a car can cause the engine to run too rich or too lean and not just alter the performance but also damage your engine.

In your higher class drag racing cars, a fuel called nitromethane is used rather than straight gasoline. Nitromethane gives the engine a lot more power because it has a lot more oxygen atoms to burn. Nitromethane is gasoline pre-mixed with nitrous oxide. For cars adapted to burn nitromethane, the incredible increase in power is worth it, and you can double your drag car engine’s horsepower by changing the fuel. Please do not attempt to use the wrong fuel in your drag car, and it can likely cause a fire or engine failure.

Does A Burnout Damage The Car?

Regular vehicles can sustain a lot of damage if prolonged burnout is done. Not only can it burst the tires, damaging the rims, but it can also overheat the engine, transmission, and clutch. The crew well maintains drag racing cars to ensure the car is in the best condition to race every single run.

Drag racers do a short burnout before each run. This heats up the special tires to make them stickier and softer. Racing slicks are not conventional tires; they do not have grooves and are smooth. On a Top Fuel car, a set of tires only lasts 2.5 miles and costs around USD 980 each.

Drag racing is not an average sport for average cars. This motorsport is demanding of the car, the crew, and the driver. A lot of dedication and time goes into keeping the car tuned to perfection. Each crew member has a dedicated job to perform, and keeping a high-performance drag car well maintained is a costly exercise. The more a car races, the more maintenance will be needed. Maintenance is the top priority of every racer.

For an average car to compete in a drag race, it will also need certain parts serviced, upgraded, or even modified. Any engine or body modifications that are needed should always be done by a professional body shop that understands aerodynamics and engine stresses and, for mechanical issues, a workshop that typically works on drag racing cars regularly. This is to ensure you are guaranteed top-quality artistry, safety assurance, and, when needed, NHRA compliance to be able to race. If an authorized company does not do mechanical work, it can cause premature damage to a drag car during a race.

Especially in most recent years, Formula One has been...
Read more

15 Best F1 Drivers Of All Time

Formula One is the pinnacle of motorsport, attracting the...
Read more