Does Drag Racing Require ANY Skill? 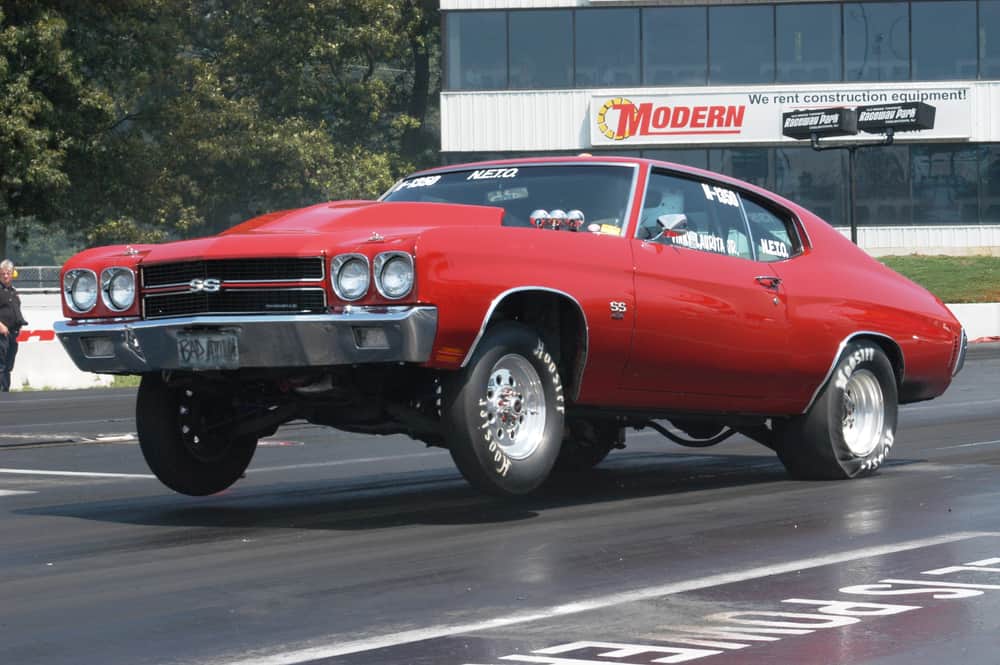 To many car enthusiasts like myself, there are few things in life as exciting as drag racing. The fact that you cannot hear anything except the screaming engines and smell burning rubber doesn’t take anything away from the race itself. Some say it’s easy to drag race, and these guys are going in a straight line, so what is the big deal? Does drag racing require any skill then?

Drag racing requires extraordinary skill sets. Although drag racing seems straightforward, many factors make it one of the most dangerous motorsports today. The skills to drag race differs from that of an F1 driver because the cars used in drag racing are much more potent over a shorter distance.

Most professional drag cars have BPH of more than 750 and up to 10 000 BHP in the Funny Car divisions. Trying to control that much torque and raw power and keep the car going straight at 335mph requires more skill and calm than the average man possesses. Let’s look at some skills needed to drag race;

What Skills Do You Need To Drag Race?

The common misconception that drag racers are hyperactive and irrational could not be further from the truth. A personality study done taking 189 different ranked racers and archers took a more in-depth look at drag racers’ common denominators. The study found those drag racers are thrill-seekers but are not neurotic or fidgety.

Most of the professional Top Fuel drag racers are very quiet, calm, and collected. They have undoubtedly the highest stress levels in the sport; controlling a 11000hp car without crashing could easily cause some to have a nervous episode. These racers seem to thrive on stress; the more, the better. It does take a severe amount of skill to process it effectively and not let it affect your judgment and race.

Things that can end your race before it even started are having a slow reaction time. This alone can result in disqualifying the racer during staging. Quick reflexes at the start are crucial to gaining that extra second down the mile. Winning any drag race takes skill; if that was not the case, anyone could get into a car and drive.

The Importance Of Tuning Your Drag Car VS Skill

An essential part of drag racing is the tuning of your car. Yes, you need the skills, but you are expected to win in a car that is out of tune; no amount of talent or skill will help you. Some will say in drag racing, and it’s 80% tuning and 20% skill. To have a quick start, your air to fuel ratio needs to be perfect. The carburetor is responsible for mixing the air and fuel and sends it to the intake manifold.

There are ways to tune the carburetor to increase power and performance, and that in itself is a skill; in a drag race, you are expected to instantly go from idle to full throttle. The following tips can help you tune your drag car to compliment your skills;

Highly skilled teams work hours to set the tuning of the drag car to perfection. After each run, the drag cars are checked and rechecked. Professional drag racers know their vehicles so well that they can determine if anything feels wrong, from the ignition to idle and prestart. Knowing your engine is a skill you will need to compete.

Having established that you need the skill to drag race, I believe that the faster you go, the more power you need, and the more horsepower you have, the higher the risk. I have had the great fortune to drive several high-performance supercharged V8s and Biturbo V12s, and I know the nervous adrenaline that kicks in when you start seeing solid white lines on the road. Tunnel vision is a real occurrence when driving at high speed.

Let’s have a look at four classes of drag racing cars;

When these cars take off from the idle position, I cannot help but get emotional at these cars’ sheer speed and power. The Top Fuel drag cars are the fastest accelerating cars in the drag racing world. Sporting 11000 BHP, they are the Apex of drag racing. A Top Fuel car can cover 1000 feet in 3,7 seconds at around 335mph. The skillset needed to keep a 25ft long 2,3-ton supercharged nitromethane guzzler straight for those few seconds are vast and superhuman.

Funny cars are very similar to the Top Fuel cars, except they have a carbon fiber body and a short wheelbase. They are also able to cover the strip in under 4 seconds at speeds over 330 mph. They sport around 10 000 BHP and use the same 500 ci engines of the Top Fuel cars. Both of these Apex racers use a timer-activated multistage clutch assembly instead of a transmission. At the speed this car travels, you will need the same skill set as the Top Fuel racer and years of experience before getting behind the wheel.

This class features the most variety of vehicles in the drag racing world. There are trucks, buses, roadsters, front-engine dragsters, sedans, coupes that make up about 75 classes of racing. There are many varieties of engines allowed, from six-cylinder up to V8 and nitrous oxide powered engines. There are more opportunities to compete in the Comp classes, and even though you still need skills to drag race competitively, this class can help you improve your skillset tremendously.

This is an exhilarating drag race class, and it features muscle cars, late model sedans, and some pick-ups. Although they might resemble your run-of-the-mill passenger cars, they hide some highly modified bits. You will be forgiven to think that this will be the same as driving your production Mustang, but you better hang on to your hat. These cars are high performance and will demand well-developed driving skills.

Few things in this world can excite me as drag racing does, and if I had the chance, I would either rally race or drag race. Even though it looks relatively easy to drag race, you need skills that I believe come naturally to some people. You need to have an unyielding will, stress management skills, and know-how an engine works. Speed can be exhilarating at the best of times.

Drag racing is said to be one of the most dangerous motorsports, and considering that should an accident occur or your car’s engine blows out at top speed, the results can be fatal. The NHRA states that at least 49 people per 1000 are injured in illegal street racing every year. For the love of the sport, fine-tune your car and your skills and drag race responsibly.

How To Drag Race Legally – The Complete Guide