How Dangerous Is Formula 1? 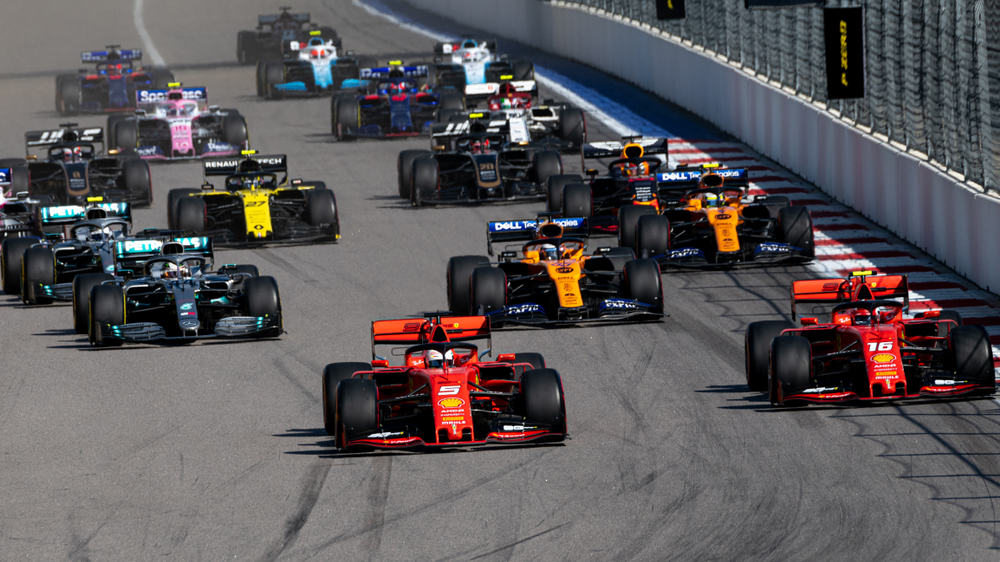 There is very little to compare to watching your favorite F1 driver carving his way through the pack and, against all odds finishing in the standings. F1 drivers’ brains operate at higher speeds than almost any other skill. The sheer concentration needed to run an F1 car at speeds of 200 mph (320 kph) in proximity to 18 other F1 cars on tracks only wide enough for two F1cars to pass through at a time is incredible.

The safety measures taken by Formula 1 have improved the sport considerably. Despite all the modern safety features,  the human body is not designed to travel at F1 speeds and suddenly stop; F1 is still a relatively dangerous sport. There is a strong likelihood of another death in the future.

In past years Formula One could be likened to a blood sport. Fans didn’t go to the track to see a driver die, but at the same time, the risks involved made watching F1 a very intense experience, knowing that if a driver made a mistake, he could be punished by suffering a severe injury or even with his life.

F1 Is Getting Safer

The first F1 race was at Silverstone in 1950. Since then, 52 drivers have died while driving an F1 car, whether at a formal F1 event or another race.

That means, on average, just over one driver was killed every year.

Those are horrific statistics, particularly bearing in mind that statistically, one driver would die every year out of a grid of approximately 15 drivers. It means that every driver had an almost seven percent chance of dying during a season, or if he raced for five seasons, he had a 1 in three chance of being killed driving an F1 car.

The number of deaths occurring in each decade was:

Since the 1950s, safety improvements have been consistently implemented, positively impacting the statistics.

It was a different time, but it seems crazy that so few safety measures were initially applied. In this article, we study each of the improvements and the effect it has had on F1 safety.

This car starts the race at the back of the pack, and it is only when the F1cars are safely away and through the first corner that it moves to its ready spot.

Helmets And Racing Suits Were Only Mandated From The Mid-1950s

There were no requirements for either helmets or specialized racing suits to be worn by F1 drivers until the mid-1950s.

Once the FIA assumed responsibility for the sport, these were mandated.

Helmet technology has continuously been developed over the years:

Although racing suits were obligatory from the 1960’s onward, from the mid-1970s, they needed to be fire-resistant.

Cars Started To Be Designed To Improve Safety

Since the 1970s, safety changes have been consistently made, resulting in the number of deaths reducing over the years. The most significant changes are listed below.

In the 1970s, the Cockpit Opening was increased to enable emergency workers to get to and extract the driver as quickly as possible.

In 1981 they added a Survival Cell (called a monocoque). Previously there was a safety cage; however, the survival cell is built out of carbon fiber and Kevlar (similar to bulletproof vests) and is considered almost indestructible.

After Ayrton Senna died in 1994, the F1 controlling body attempted to slow the cars down. Changes included:

In 1994 they added a mandatory Headrest to the car. These reduce the lateral strain on a driver’s neck and help his muscles cope with the 6g forces he regularly has to resist. The headrests also have a unique material designed to absorb the positive and negative acceleration forces and prevent whiplash injuries. This device probably saved Josh Verstappen’s (Max’s dad) life in its first year of installation.

Since 1997 F1 cars have been fitted with a Data Recorder. Not only does this help in the future development of an F1 car, but it also shows the medical personnel the forces the driver was subjected to, helping them treat him appropriately.

Wheel Tethers were introduced in 1999. These keep the wheels attached to the car, even if the mounting points have been destroyed; this prevents the tire from running loose and causing secondary damage.

TheFIA installed a device (HANS) to support the driver’s Head and Neck in 2003; this connects the driver’s helmet to a collar of carbon fiber in the Monocoque. It protects the driver’s head and spine by stopping his neck from hyperextending. It also prevents skull fractures, a major cause of driver deaths.

Pitstop Refuelling was banned in 2010, which has helped prevent fire damage or injury.

An Accelerometer was installed in the drivers’ earpieces in 2014. The accelerometer differs from the data recorder, which measures the loads the car experiences by calculating the loads to which the driver is subjected. Once again, this helps medical personnel to understand the injuries and appropriate treatment for the driver.

In 2016 a Camera was installed, which faces backward at the driver. It operates at a frame rate of 400 per second. Used with the data recorder and accelerometer, engineers now have a growing knowledge base of understanding where they can implement future improvements.

In 2018 F1 installed the HALO (a protective shield) over the driver. When first introduced, it was met with resistance as complaints were made about it reducing visibility. In 2021 Max Verstappen and Lewis Hamilton came together, and Max’s car launched on top of Lewis’s Mercedes. The Red Bull tires would have seriously injured Lewis if not for the HALO.

Racing Track Safety Was Introduced In The 1980s

In the 1980s through to the 2000s, several regulations were introduced to improve track safety. Specialist tools are now available for track engineers, which help them predict trajectories of cars leaving the track, deceleration distances, and the residual velocity an F1car will have after hitting a barrier.

The new knowledge has resulted.

The FIA Permanently Introduced The Safety Car In 1993

Bernd Maylander, a professional racing driver, has piloted the safety car for 21 years.

The function of the safety car is to control speeds and stop overtaking if there are hazards on the track or it is unsafe for the F1cars to go full speed because of debris, bad weather, or other obstructions.

In each decade since the 1950s, F1 has suffered fewer driver deaths. These cars run and corner at incredibly high speeds. Accidents are inevitable, and the casualty rate would be unacceptable without continuous safety improvements.

The FIA has responded with more safety measures with each incident, and the results speak for themselves. Despite this, F1 remains dangerous and, although reduced, the risk that drivers face every weekend is still there.