How Do F1 Drivers Keep Cool? 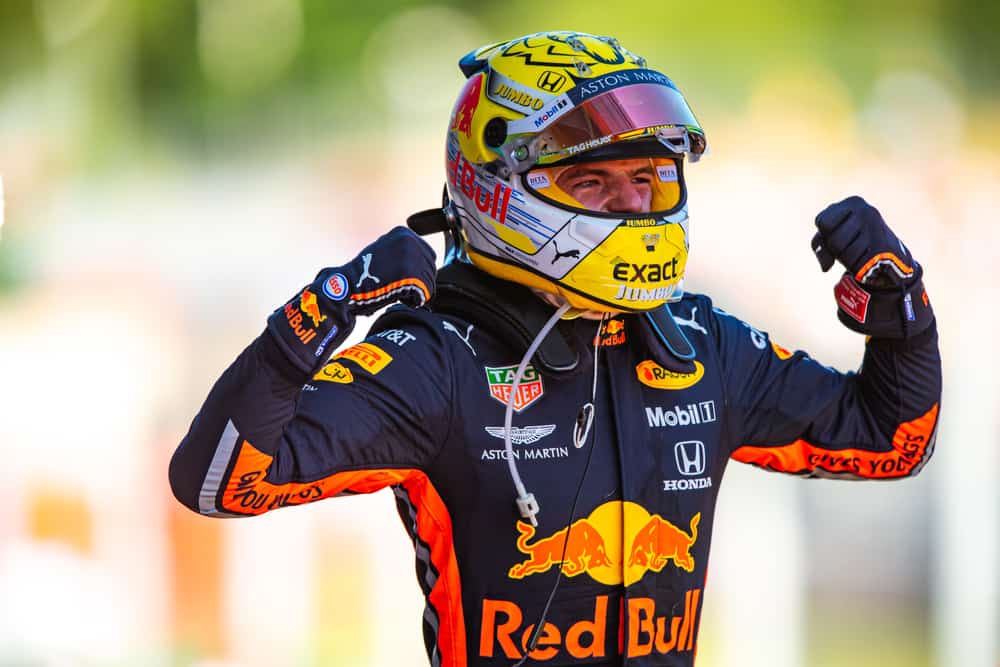 Given that Formula One is a year-round sport that travels globally, Formula One drivers are often exposed to extreme heat in weather and track conditions. Coupled with the heat of their vehicles, they must remain cool; how do they do this?

There are numerous methods that Formula One drivers use to keep cool, both during a race weekend and during driving sessions. These include training, conditioning, ice baths, cool suits, continuous hydration, remaining in the shade, and opening their visors.

While the methodology behind keeping cool relates to immediate comfort and performance, the most efficient cooling method is the training needed to manage a driver’s core temperature. This will be discussed along with the importance of cooling.

Why Is It Important For Formula One Drivers To Stay Cool?

Before we look into how Formula One drivers remain cool, it is important to understand the factors on a race weekend that expose them to extreme heat and why it is detrimental to drivers’ performances and health.

Therefore, the cockpit of a Formula One vehicle can exceed temperatures of 110F as a result of the following components, which are designed for purposes of rapid acceleration, hard braking, and to reach extremely high top speeds:

The compact design of the cockpit and the absence of luxuries typically found in regular vehicles, such as air-conditioning, mean that it is not uncommon for cockpits to exceed the temperatures of an average sauna during a driving session!

Couple this with the inclusion of heavy, insulated, protective gear, and it is understandable why the technologies in Formula One alone are not designed with the intention of cooling in mind.

Further to the above, track and weather conditions play a significant role in the heat experienced by drivers both off and on the track. A notorious example is the Singapore Grand Prix, which often has temperatures over 85F and 80% humidity!

When exposed to such extreme temperatures, coupled with the physical stress of racing at high speeds, drivers are at risk of serious dehydration and heat stress.

Coupled with the need for high-level cognitive functions, any hydration drop above 2% is dangerous. However, since drivers often experience a drop exceeding 4% to 5%, it is imperative that their training, preparation, and cooling methods counter this.

Failure to do so can have potentially dangerous consequences, particularly if something should go wrong with the driver’s vehicles which produce unexpected heat increases.

An example was at the 2014 Singapore Grand Prix when Kevin Magnussen’s McLaren had a radiator leak, which nearly resulted in the driver passing out from heat exhaustion before completing the race!

What Methods Do Formula One Drivers Use To Stay Cool?

The most important method of preparation for a driver is to train and acclimatize themselves to extreme heat before a Grand Prix at a circuit that typically experiences extreme heat.

During the race weekend, drivers can reduce their temperatures before and after driving sessions by submerging themselves in ice baths or by remaining in the shade. Drivers also use ice baths to speed up recovery time and repair muscle tissue.

This can be seen when drivers spend most of their time in the race paddock prior to a driving session or when Formula One teams protect their drivers with the use of umbrellas as they prepare to begin a session on the starting grid.

A piece of equipment that drivers can use between driving sessions that allows for a level of mobility that ice baths and shading do not provide are cooling vests. These are specialized vests that have pockets holding ice to cool drivers down.

While a driver’s protective gear is multi-layered and hot, there have been improvements over the years to reduce its weight.

Furthermore, certain fabrics are designed to be quick-drying and to redistribute sweat; this provides extra comfort and overall cooling for drivers during a session, where it is common to lose a significant percentage of their body weight through sweat!

Drivers also work closely with nutritionists and team managers to ensure the hydration systems in their vehicles are operating as intended and contain the necessary nutrients for maximum hydration before, during, and after a race.

Finally, drivers do have the option of opening their visors during a session to allow cool air to blow on their bare skin. This is a relative option, though, as the heat coming off following cars or the humidity of a track may prove more harm than good!

For visualization and discussion of the aforementioned cooling methods, the following link provides access to WTF’s YouTube video on “How Do F1 Drivers Stay Cool In REALLY Hot Temperatures?”:

Like any other sport, it is vitally important that drivers remain cool and hydrated during race weekends to ensure they operate at their optimal level both physically and mentally.

While there are methods driers can use for cooling purposes, which are constantly evolving, pre-training preparation and acclimatization remain the most effective tools to allow drivers to control their core temperature.