How Do F1 Drivers Practice In The Off-Season? 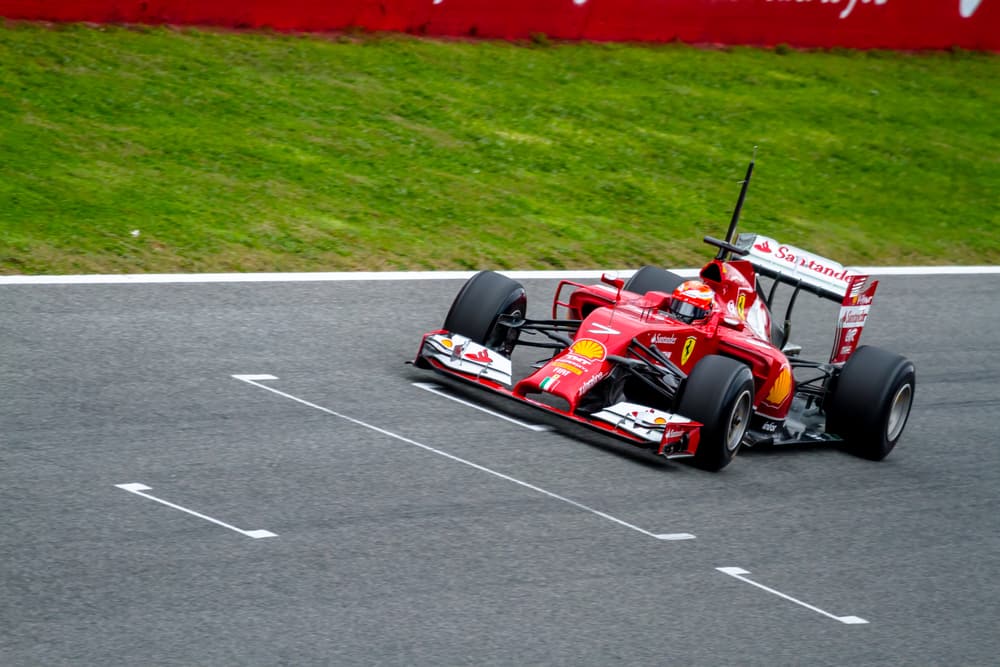 Formula 1 drivers are some of the most elite athletes in the world. These sportsmen are not only drivers, but they are athletes who are required to compete at peak physical performance in order to win races. Apart from physical prowess, these drivers must be as good as they can be behind the wheel, so how do they practice in the off-season?

Formula 1 drivers practice in the off-season using advanced F1 racing simulators. The drivers spend significant time in physical training to maintain the fitness required for racing in F1. Winter testing affords drivers the chance to practice in an F1 car in the off-season.

The drivers that compete in Formula 1 are the best drivers in the world, and they race in one of the most intense races in motorsport. This requires them to be mentally and physically fit and ready to race at an incredibly high level when the racing season arrives. Let’s take a better look at how F1 drivers when they are not in the midst of a racing season.

How Do F1 Drivers Practice In The Off-Season?

Formula 1 drivers are the best drivers in the world. There are no other racing formats in motorsport that require the drivers to be in as peak condition as Formula 1.

To keep fit and ready to race, the drivers must maintain a strict regime of practice and training in the off-season if they intend to retain their racing performance when the time comes.

This includes intensive sessions on racing simulators, sessions of very demanding physical training, mental exercises, and training intended to increase reflexes and response times, as well as team testing where the driver is required to drive the F1 car to help the engineers bring the car up to peak performance levels.

When considering the training and practice regime of an F1 driver in the off-season, it is important to remember that these athletes are professional drivers, and not only that, they are the best drivers in the world.

This means that they are good at what they do and do not require as much time practicing behind the wheel as many may think.

These drivers have been racing for their entire lives. Many began their racing careers as young as 5 years of age. These drivers need very little driving practice, but they do require substantial training to maintain their performance levels.

With that in mind, Let’s take a glimpse into the off-season training and practice regime of a typical Formula 1 driver.

A very important aspect of Formula 1 driver practice is the use of racing simulators.

An F1 racing simulator is essentially a highly advanced video game connected to a hyper-realistic driving rig that controls the simulator.

The driver is placed in the simulator, and all of the parameters of racing n F1 are input into the simulator. The driver is able to drive any F1 track, in any car, with any race set up, in any racing conditions virtually in the racing simulator.

This helps the driver maintain reflexes, reaction times, and the feel of driving an F1 car in race conditions while training the driver how to achieve the best possible lap times on the upcoming F1 tracks for the season and how to perform at a high level in adverse racing conditions such as wet weather.

A simulator is a good tool for F1 drivers as it affords them the opportunity to push their driving abilities to the limit without endangering themselves or any equipment.

Many F1 drivers have personal F1 simulators in their homes to practice in the off-season.

Formula 1 drivers do not spend all of their time in the off-season driving race cars or practicing in a simulator, as they are professional drivers who need very little driving practice.

However, these drivers are incredible athletes who are required to maintain a rigorous physical exercise and training regime in order to maintain the level of physical fitness that is required to perform at a high level in Formula 1.

The drivers spend a large amount of their time in the gym or at training facilities working with professional trainers to maintain and increase their fitness level with exercises that are targeted specifically for the requirements of an F1 driver.

During the off-season, there is a period known as “winter testing.” This is the part of the F1 year where Formula 1 teams are given the opportunity to test the race car that they have been developing for the next racing season.

These testing sessions take place over a few days are intended to allow the teams the opportunity to rectify any issues or problems that they may be having with the car and tweak the car or optimum performance before the racing season begins.

Winter testing is usually the only time that an F1 driver will drive an F1 car outside of the racing season. The driver is used to test the car so that the car can be set up for the driver, allowing the driver and the machine to work together perfectly to win Formula 1 races.

These times offer good driving and racing practice for F1 drivers in an F1 car.

Do F1 Drivers Practice In An F1 Car Off Season?

F! car in the off-season.

The drivers will spend a lot of time in F1 racing simulators that offer them sufficient practice to maintain their driving ability.

The only significant time an F1 driver will spend in an F1 car out of season is during winter testing.

Other than the time of winter testing, the drivers are not often allowed to drive Formula 1 cars except for permitted showcase sessions to demonstrate the car or to fulfill sponsorship agreements through event promotion.

Formula 1 drivers are the best racing drivers in the world. This usually means that the drivers do t require much time behind the wheel for practice, but they rather spend their time training their physical bodies to equip themselves to withstand the immense physical strain of competing in F1.

The drivers also use simulators to practice, and winter testing offers them an opportunity to drive the F1 car out of season.

Other than the testing season, F1 drivers only drive F1 cars during the race season and spend the off-season doing physical and mental training to maintain and prepare for the next racing season.

Louis Pretoriushttps://onestopracing.com
Previous articleWhy Is F1 Merch So Expensive?
Next articleHow Important Is The Driver In F1?