How Do F1 Penalty Points Work? 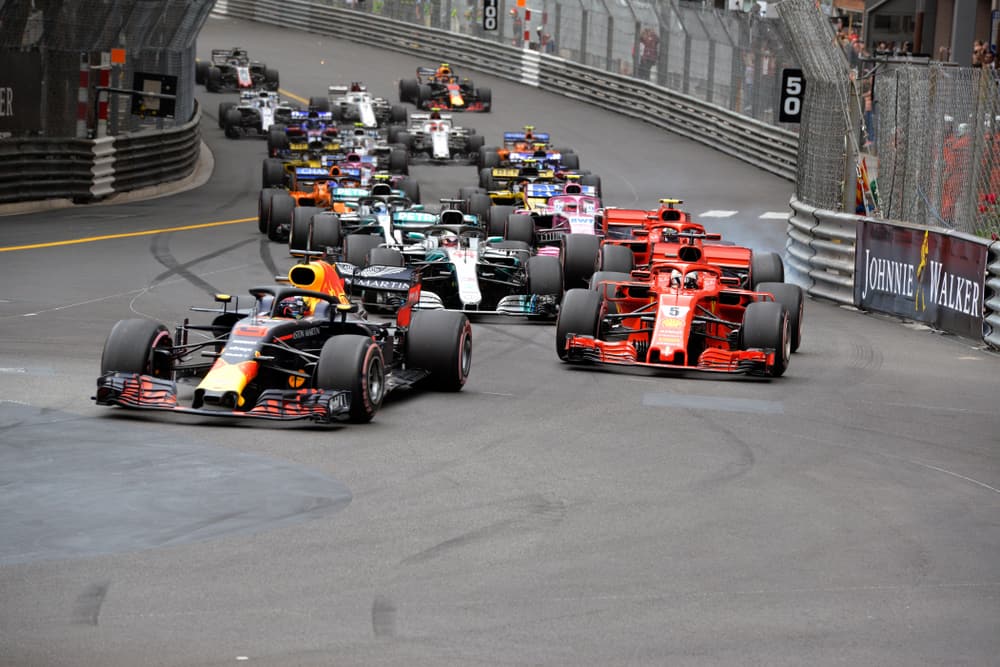 As a long-time Formula One fan and avid watcher of Netflix’s “Formula One: Drive to Survive,” it got me looking into the technicalities of Formula One, most notably: How Do Formula One Penalties Work?

Formula One drivers that perform dangerous or illegal moves during races can accrue various penalties, as determined by FIA stewards. These penalties may further be subject to penalty points against a driver’s FIA Super License over twelve months, resulting in a potential racing ban.

Although FIA regulations provide a guideline on how and when to award penalties and whether they should add further penalty points against a driver’s Super License, there are subjective elements to each, which will be explored below.

To understand how penalty points against a driver’s FIA Super License are administered, one first has to understand the types of penalties a driver may accrue and what offenses would trigger these penalties.

According to the FIA Formula One Sporting Regulations, there are five different types of penalties, they are as follows, from least to most serious:

First Penalty: A Reprimand Or Warning

Reprimands may also be issued if a driver fails to adhere to any pre-race procedures laid out by the FIA; these are known as non-driving reprimands.

This has led to instances of controversy, such as when Sebastian Vettel, among other drivers on the grid, failed to remove their WeRaceAsOne shirts during the national anthem at the 2021 Hungarian Grand Prix:

The offenses which can constitute a reprimand involve minor incidents such as cutting corners or driving in such a way as to force another driver off the track.

Stewards make these rules clear to the drivers before each session, relative to the track in question, and avoid ambiguity about each track’s rules and regulations.

An example of a recent reprimand being when Lewis Hamilton failed to re-join the track correctly after missing a turn in Mexico, instead opting to cut across the grass:

This was a direct violation of the regulations as clearly explained by the stewards as follows:

A time penalty involves the stewards issuing mandatory stoppage time against a driver as punishment for mild to severe offenses. There are four types of time penalties:

Offenses that may trigger a time penalty vary in severity and, in turn, correspond to a penalty relative to the offense being committed by the driver.

Time Penalties: What If The Driver Cannot Pit?

Grid Place Penalties are awarded for pre-session technical infringements. They involve reducing the driver’s starting position on the starting grid of a session by a set number of places above their qualifying position.

The penalty is given for exceeding power unit replacements, meaning unscheduled replacement of any of the six elements can result in both singular and cumulative grid place penalties:

Visualizing the power elements and the complex manner in which grid place penalties can accumulate are challenging to interpret through text.

Therefore, I would recommend watching the following video on RacerThought’s YouTube Channel:

Disqualification from a race as a penalty is reserved for major offenses such as continued un-sportsman-like behavior despite warnings, not complying with previous penalties received during a session, and deliberately causing collisions.

A disqualification is signaled via the use of a black flag with the driver’s number, meaning they will have to pit at their soonest convenience and exit the race.

To see examples of when black flags are awarded, the following video from the Formula One YouTube channel highlights the “Top 10 Infamous Black Flag Moments”:

Over and above disqualification via a black flag, the severity of the offenses, and the accumulation of similar instances may require stewards to enforce a suspension.

The suspension means that a driver will be banned from multiple races following the issuing of the penalty. Alternatively, the stewards will issue a ban if twelve penalty points accumulate on a driver’s FIA Super License.

For Formula One drivers to compete, they need to have an FIA Super License. However, introduced in 2014, this license can be revoked if a driver accumulates twelve penalty points on their Super License over a year.

The removal of the license due to accumulating twelve points over a calendar year means that the offending driver receives a one-race ban for an upcoming event.

After the ban, the twelve points will be removed from their license by the FIA. Furthermore, since the points only accumulate over a calendar year, they are removed at the end of the year, with each driver starting afresh into the new season.

The introduction of the penalty point system was to add an extra layer of potential race ban options over just disqualification or suspension for singular instances, instead opting for a transparent system that encourages continuous safe driving.

Continuous safe driving and conformity to the rules are necessary to keep drivers safe throughout an entire season and promote fair play among drivers.

At present, while two drivers have exceeded the twelve-point penalty maximum (Romain Grosjean and Max Verstappen), this is a cumulative amount of twenty-one points over multiple seasons.

This means that both drivers had their penalty points removed before reaching twelve points in a season, meaning that at present, no driver has yet to be disqualified due to the accumulation of the twelve penalty point maximum.

How Are Penalty Points Awarded?

At present, there is no objective set amount or reasoning for when penalty points should be awarded. Instead, the severity of the penalty will be seen in light of the seriousness of the offense committed.

However, as mentioned earlier, one of the penalties must have occurred with a related offense before penalty points can be awarded in conjunction with the awarding of the initial penalty.

Which Drivers Have The Most Penalty Points?

The best way to illustrate the various penalties which may accrue penalties points and their corresponding values is to look at which drivers as of the 25th of October 2021 have the most penalty points for the current 2020/2021 season.

As seen in the table, the points are awarded are not consistent with the nature of the penalty in question, meaning that the underlying severity of the incident which led to the offense is a primary consideration.

Consequently, the severity of each collision and further subjective questions of guilt would have been considered when deciding the number of points to be awarded for each penalty.

For the complete list of driver penalty points for the 2020/2021 season and to see similar examples of differing penalty points awarded for similar penalties, please click the following link below:

There is a lot of controversy behind penalty points.

The contention arises because of the subjective nature of how penalty points should be awarded and the number of points awarded.

This stems from the fact that an identical penalty may be awarded a different number of penalty points and due to allegations of bias for and against specific drivers.

For example, there was some dismay at the speed at which Lewis Hamilton accumulated penalty points for minor infringements in the 2019/2020 season, given that the belief is that they should be awarded for severe offenses.

Yet, there was also a concern in how both Hamilton and Mercedes could overturn the awarding of two penalty points against him. It is believed their cumulative influence had a significant role in the appeal process.

However, as the system evolves and precedent is formed, there are signs that improved clarity in awarding penalty points, and the number of points received will emerge.

Due to the technicalities and various factors involved in a Formula One session, there is a clear need for stewards to have multiple methods to punish drivers for different dangerous or illegal moves.

The added threat of penalty points, while at times unclear and controversial, dramatically improves the safety and fairness of races through the use of race bans as a final resort.