How Do Formula 1 Points Work? 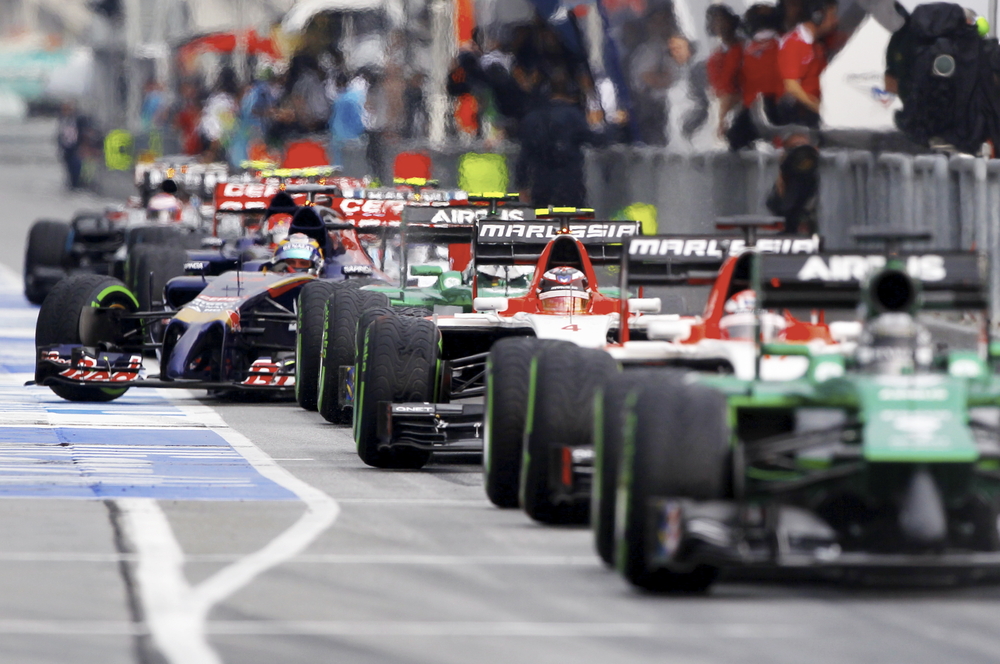 Since 1950 when the first Formula One Grand Prix was run, the series has captured the imagination of old and young alike. From the early days when safety measures were rudimentary, and the driver faced life and death during each race to the modern series, the way points are awarded been a constant.

The points scoring system adopted by Formula One has been in place since the first race was run in Silverstone, the United Kingdom, in 1950. Although the detail is different, the methodology is almost unchanged and intended to reward the driver and team who consistently achieve the best results.

The first ten teams and drivers who cross the finish line are awarded a sliding scale of points determined by their final position. In 2021 Formula One tested the Sprint qualifying concept, which was well received and attracted further points.

In the Formula One world championship, there are two competitions which run.

While the drivers’ championship is important to the teams and the driver, the financial incentive is in the manufacturer’s championship.

The FIA pays the teams according to a formula that considers the team’s participation, the team’s results in the championship, and bonuses won.

The calculation of the values which are paid to the teams works as follows.

The figures below are for the 2020 season, as the 2021 figures have not yet been made public.

As you can see, even for the lowest-rated team, the value of money paid over from the prize fund is very large, and the incentive to move the manufacturer up the ranks is very strong.

Effective 2019, the constructor’s championship points have been awarded as follows.

How Are Points Awarded In The Constructers Championship?

Points are allocated to the teams for the results achieved in the main race on Sunday and the sprint race if that qualifying format has been used.

Each F1 team runs two cars, and both can score points. If the team’s cars achieve first and second place, it can score 43 points. If they also achieve the fastest lap time, they are awarded an extra one point; therefore, the maximum number of points won in a single race is 44. (ironically, this is the race number that Lewis Hamilton uses!)

Teams are only awarded points for a car that finishes in the top 10 in any given race and scores points.

At the end of the season, the individual and team with the most points are named champions.

The current 2022 constructor’s world cup standings and points are as follows.

The drivers’ championship is the one that attracts the most interest from fans and pundits alike.

The value to the team of having a top driver is that they have a better chance of winning if they have a competitive car.

There is also a “feel-good factor” about having Lewis Hamilton, Max Verstappen, Sebastian Vettel, or Fernando Alonso on the team.

Becoming a multi-year winner of the drivers’ competition catapults the driver’s potential earnings to a new level. It can be seen in the information below.

How Does The Drivers Score System Work?

If a driver switches teams mid-season, they continue to be credited with their tally of points earned with the last team. In the 2016 season, Max Verstappen started with Toro Rosso but switched to Red bull mid-season.

In the first four races driving for the Toro Rosso team, Verstappen scored 24 points, and he was allowed to accumulate those with his Red bull points, which ended up with him coming 6th in the 2016 driver’s world championship.

The points which are awarded are listed in the following table.

The maximum points a driver can win on a normal weekend is 25 for winning the race and an extra one if the fastest lap is achieved, which equals 25.

If the race weekend also includes the sprint qualifying format and the driver wins the sprint (8), the main race on Sunday (25), and the fastest lap (1), the maximum points haul possible is 34.

What is the history of Formula One scoring?

The driver’s championship and the constructor’s title competition have evolved over the last seventy-two seasons since the Formula One race was first to run in 1950.

The Evolution Of The Drivers’ Championship

Championship points have been awarded to Formula One drivers since the first race at Silverstone in 1950.

For the first ten years, from 1950, only the first five-place winners achieved any points; since then, this has been expanded to the top ten driver placements.

Since then, the number of positions earning points has increased.

Interestingly, while Liberty media no doubt thought that introducing the additional point for the fastest lap was an innovation, but this was in place for the first ten years of the competition. It was removed from 1960 onwards when Jack Brabham won the title.

Until 2002 only the first 6 cars past the checkered flag were awarded points.

The point awarded to the team with the fastest lap was not included in the early days.

The drivers’ championship points have evolved since the sport’s inception, as per the following table.

Between 1967 and 1980, the sport used an interesting scoring system. The season was split into two halves, and the teams were allowed to select their best results from the first and second half by dropping the worst results.

In 1964 this system worked against Graham Hill, who had run one extra race than the runner-up, John Surtees. To ensure that the points were awarded equally, Surtees was instructed to discard the points from one of his races.

The lowest points he scored were two, which he discarded, bringing his total below Surtees’s, and the championship was awarded to the “runner-up” John Surtees.

During the years from the first race in 1950 to 1957, several drivers would drive a car over the full race. In those days, the Grand Prix’s were much longer than today’s events and often lasted three hours.

The cars were also not advanced and were very tiring to drive, so it was expedient for several drivers to share the car throughout the race.

The multiple drivers would share the drivers’ points awarded the car equally.

Based on the number of races run in a season, the following were the maximum number of points that could be scored.

The Evolution Of The Constructors Championship

The constructor’s championship was first introduced in 1958 onwards. Until 1975, only one of a team’s cars scored constructors points. The car that scored points was the fastest and achieved a point score.

Therefore, if the constructer’s cars achieved first and second place, only the car which achieved first place would be awarded a score. This restriction was implemented because it was not uncommon for teams to enter three of four cars.

The maximum number of points a constructor could win has evolved according to the following table.

In its 72 years of illustrious history, Formula One has been the scene of heated competitions between brave drivers who have become household names and legends in their own time.

In their time, they captured the hearts of a generation dedicated to their achievements.

Since the start of the series, 30 drivers have won one or more world records.

All drivers who have won a formula one world championship are listed in the table below.

The drivers with a tally that includes a 0.33 or 0.5 received these because the race was not run for the full distance.

Where Does Formula One Go From Here?

Formula One is a constantly evolving sport that, unlike other motor racing disciplines like NASCAR and Indi Car, is growing at an impressive rate.

It is a truly international sport with drivers from

This aspect has allowed the sport to develop avid fans globally, which, in turn, has enabled it to leverage the Television viewership figures and, therefore, revenue for TV rights.

A consequence of the growth is the huge finds that Liberty Media can plow back into the sport and, therefore, into growing the technological base.

Formula One points system rewards the driver and team depending on the result they achieve in each race. The results are added at the end of the season, and the season winner is rewarded – particularly the teams with substantial income.