How Do MotoGP Riders Ride On The Street? 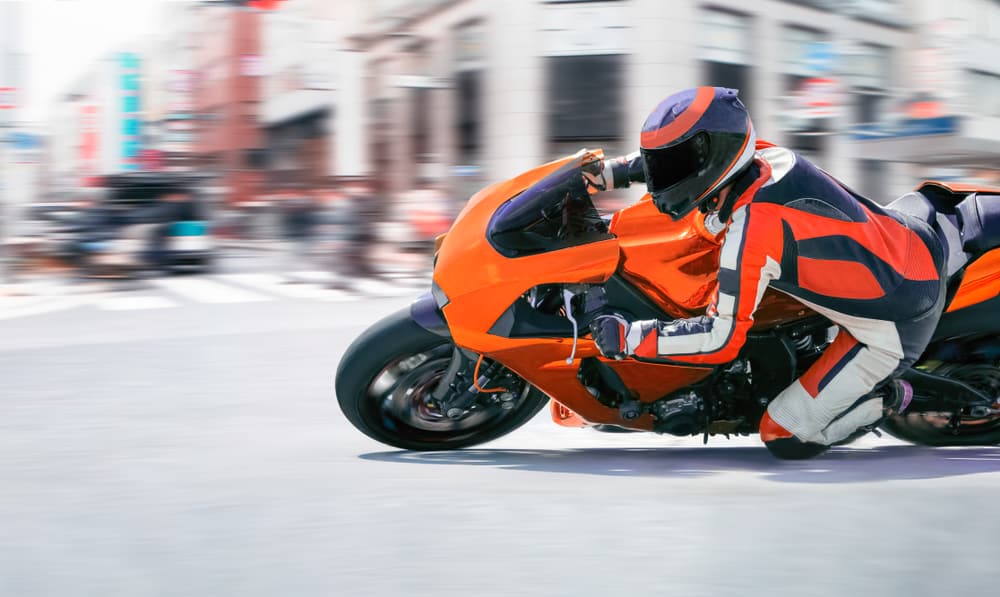 I’m sitting outside a café in Barcelona, and since the city planners have this curious way of cutting off the corners of all blocks in the city, I have a great view of the traffic. On my third macchiato of the morning, I got to wondering if any of the scores of bikers passing by were perhaps MotoGP riders – hidden as they are under helmets – and if so, were they riding as one might expect them to ride?

Many MotoGP riders do not ride on the street in public areas due to contractual obligations regarding safety. Most of those that do, like World Champion Marc Marquez, ride sensibly, well aware that the dangers on a public road could end their careers in an instant.

That’s a strange appraisal of street riding if you take it at face value. Surely no bikers have a better chance of avoiding accidents on public roads than these MotoGP athletes, who are at the top of the biking food chain? Let’s look a little deeper….

As we will see from the cross-section of riders below, MotoGP lads are not automatons punched out of the same cookie dough by the same cookie cutter. (Just had my morning Xuxo, which is a croissant stuffed with cream, then deep-fried and served with sugar sprinkles, hence the cookie analogy!)

The riders are highly competitive and fully aware that a moment’s indiscretion via a contractual infringement or a badly-timed injury may well see them side-lined for a period, or even permanently. History is littered with riders who slid unseen off the radar, never to make it back on our screens.

Riding a bike on a public road carries more than just surface dangers, and all of the riders are perfectly well-aware of this fact. We cannot be sure just how MotoGP riders ride on the street, but it’s evident that each one who does venture onto a public road will do his own ‘thing.’

How Does Marc Marquez Ride On The Street?

I’m a serious fan of Marc Marquez for many reasons, not the least of which is the way he responded to his huge arm-breaking ‘high side’ in early 2020. Since he lives in Cervera, just 75 minutes by bike (at law-abiding speeds) from where I’m sitting in Barcelona, I figure there is a decent chance he will ride by if I sit here long enough!

Marc was interviewed about street riding some time ago and asked if he felt safer on the track or a public road at high speed. He responded that he felt far safer on the track, as it held a lot less traffic and far fewer variables (stationary vehicles, animals crossing his path, children running after balls, etc.)

He was more confident and felt more capable on the track because it’s something he has done since he was six or seven. Furthermore, he added, “The level of safety at motoring events now is really high, unlike the relatively recent past. There’s always a risk, but riders understand and prepare for these known risks, so are in general, we are much more comfortable on the racetrack.

In addition, we’re all going in the same direction – usually! As professionals, we are entirely focused on traveling at high speeds and avoiding fallen riders and bikes. When on public streets, the variables are compounded, and unknown entities enter the picture and create havoc.

There are so many unpredictable things that you can come across on a motorway, and although you also face these hazards in a car, there is more risk of injury to a rider on a motorcycle, as everyone knows.” For many riders, a bike is for racing and a car for getting them from A to B safely.

Marc has his own ideas and says,” To get around the city, I prefer a motorcycle, as speeds are low and maneuverability is essential. On the open road, however, my preferred option is the car.” Traveling at low speeds outside of the cities is not on his menu. Interestingly, he only got his bike riders license in 2019, despite becoming the World Champion in the 125cc division way back in 2010.

How Does Jorge Lorenzo Ride On The Street?

Jorge has been racing bikes since he was three years old. His whole life has revolved around this sport which became his chosen profession, and he has always been known as a level-headed, calculating rider.  He has a reputation for never taking unnecessary risks – a bit strange when considering his job – and remaining ice-cold under all forms of pressure.

Lorenzo was the World Champion in both Moto3 and MotoGP divisions before getting his road driver’s license at the age of 23. He has always felt that roads are for getting sensibly from the point of origin to the destination point, whereas the track was where you pull on a different mantle and stretch all boundaries.

“I don’t own a street motorcycle because I don’t know if I’m capable of going slow. I never did,” said the five-time World Champion.

How Does Danilo Petrucci Ride On The Street?

Many riders worldwide are not professionals yet never ride a motorcycle on the road, preferring to open themselves to their inner demons on a racetrack. These are the ‘speed freaks, who would instead take their chances at ridiculously high speeds under controlled conditions than endanger their lives, and ours, by racing on public roads.

Most of these riders do not have the finances or expertise to turn professional, even if they have the talent to try, but every now and then, a youngster gets that one dose of luck that changes his entire life.

Danilo Petrucci has been competing in motorcycle races since he was eight years old in 1998. Despite winning many races in several classes, he only applied for and got his road license when he was 29.

How is that even possible, you ask? Like Rossi, Danilo is Italian, and there are many circuits open to amateur riders in Italy. All you need to do is pay the fee to ride on a particular track, and then it’s up to you.

Spain is very similar in terms of the number of tracks in the country, and a quick scan of the Moto3, Moto2 and MotoGP sheets will confirm that more Spaniards are competing in these classes than any other race of people.

Dozens of youngsters every weekend are shuttled off to their local track by proud parents and encouraged to learn the skills required to race in the prescribed place – the racetrack.

Petrucci began racing on mini-trial and mini-cross bikes and won several national competitions before changing to road racing after eight years. This period in dirt and mud gave him a solid base for wet conditions on the track and was always the favorite in the rain, even when he reached MotoGP.

Despite being one of the best motorcycle handlers in poor conditions, he avoided riding a motorcycle on the road until the age of 29.

How Does Valentino Rossi Ride On The Street?

Il Dottore, or The Doctor as he is affectionately known by millions of MotoGP fans the world over, is never happy behind the wheel of a car if there’s a bike ride available. In 2019, he rode his MotoGP Yamaha M1 from his ranch on the outskirts of his hometown, Tavullia, into the town, where thousands of adoring fans greeted him.

It was up to Misano, close to San Marino, where he was preparing for the next MotoGP, but although ‘Vale’ loves road bikes, he is equally enamoured with off-road biking and has a private dirt track at the ‘Motor Ranch,’ his property near Tavullia.

Most of us have no sure way of knowing how Vale rides his bike on the road, but he is one of the most successful motorcyclists of all time and certainly knows the importance of remaining uninjured when away from the track.

That said, he has had several crashes on his dirt-bike circuit where he relaxes with members of his VR46 Academy, so perhaps he can’t help himself on the road also?

I guess that MotoGP riders – like the many riders passing by my café today – are a mixed bag, with some adhering strictly to the law and their contractual obligations, and others trusting in luck or good fortune.

Que sera sera – whatever will be, will be…