How Fast Do F1 Cars Go Around Corners? 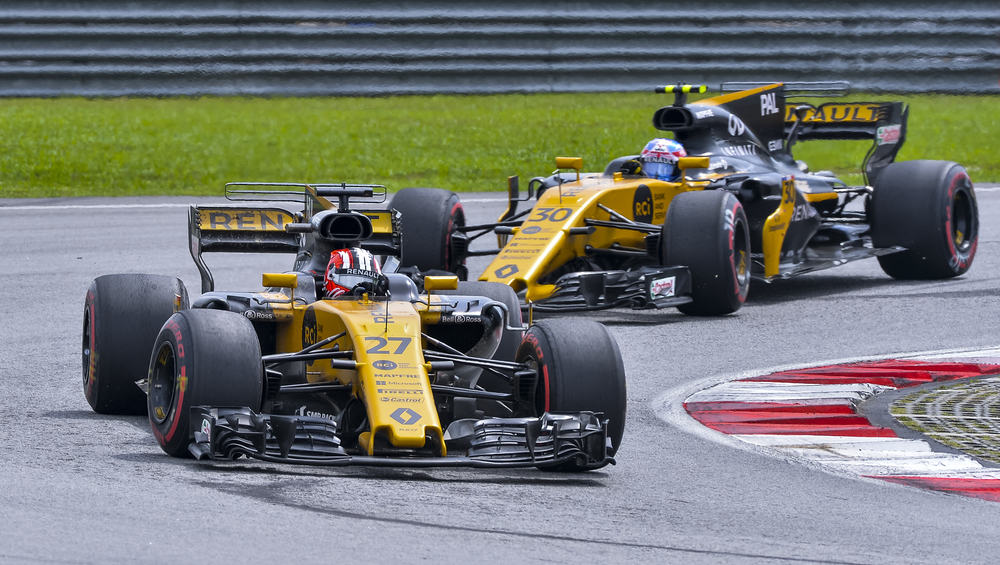 Formula 1 cars are some of the fastest vehicles in the world. They are incredible feats of engineering, and they constantly allow the driver in the cockpit to push the limits. While it is clear that they are extremely quick on straights, things become a bit more complicated on corners due to the g-force exerted and the need to nail the turn. This has led me to wonder how fast do F1 cars go around corners.

Formula 1 cars generally go between 31 mph (50 km/h) and 192 mph (310 km/h) on corners. This is the range between the fastest and slowest corners in F1. It depends on the type of corner and the track conditions, so F1 cars will go around every single corner on the F1 calendar at a different speed.

Corners are what make Formula 1 exciting. They often present opportunities for overtaking and allow drivers to show off their skills. They are also the most iconic parts of F1 tracks and are the most recognizable features of circuits. However, corners are so variable and are different on all the tracks, which means they all present a unique challenge. It also means that each corner will be taken at a different speed. So, buckle up and prepare for the g-force as we run through how fast F1 cars go around corners and take a closer look at some of the most famous corners on the F1 calendar.

How Fast Do F1 Cars Go Around Corners?

Corners on Formula 1 tracks come in all shapes and sizes, so each corner is approached differently and therefore taken at different speeds. The slowest corner in Formula 1, the Loews / Fairmont Hairpin (depending on what you want to call) in Monaco, is taken at around 31 mph (50 km/h). In comparison, the fastest corner in F1, 130R at Suzuka, is taken at about 192 mph (310 km/h).

The vast difference in speed between these two corners highlights the significant levels of variability regarding how fast F1 cars go around corners. No two corners are the same, and they all present their own challenges, which means drivers will always take them at different speeds.

That being said, several factors can affect how fast F1 cars go around corners. These include:

A wet track results in a more slippery surface, which means that drivers approach corners more slowly in fear of sliding off the track. Therefore, they travel more slowly around the corners than when the track is dry.

If a driver is attacking a car right in front of them or defending a car right behind them, they might take the corner more quickly than they would if they were in CLEAR air. On the flip side, they might also take it too quickly in an attempt to keep track position and end up not nailing the apex and losing their place.

The Most Famous Corners in Formula 1

The Formula 1 calendar is full of famous corners, found across various tracks all around the world. However, some are more iconic than others, be it for their speed or the challenge they pose. So, let’s look at some of these well-known corners.

*While the Loews Hairpin and 130R are iconic because of the records they hold, they aren’t mentioned in this section since they’ve already been included in this article.

Eau Rogue is probably the most iconic corner on the Formula 1 calendar. While it is no longer as challenging and daunting as it used to be, thanks to modern F1 cars being improved aerodynamically and the runoff areas being increased, it is still an incredible corner.

It requires drivers to floor the throttle while they speed up the hill unsighted at around 186 mph (300 km/h). It is definitely not as challenging as it used to be, but it still requires bravery, and when a driver gets it right up Eau Rogue, the result is spectacular.

Watch this incredible overtake by Mark Webber on Fernando Alonso at Eau Rogue during the 2011 Belgium Grand Prix.

Silverstone is home to some of the most famous and high-speed corners in Formula 1. Copse Corner, where Lewis Hamilton and Max Verstappen infamously tangled during the 2021 British Grand Prix, is a contender, but the Maggots & Becketts complex (including Chapel Corner) has to take first prize.

Named after nearby Maggots Moor and the medieval chapel of St Thomas à Beckett, which previously stood next to the corners, Maggots and Beckets is one of the most exhilarating corners on the F1 calendar. Drivers fly into the corner at just under 186 mph (300 km/h), but by the time they’re out of the other side exiting Chapel Corner, they’ve slowed right down to about 112 mph (180 km/h).

If it’s nailed correctly, it sets up a perfect entry into the long Hangar Straight, where the driver can get their foot down on the throttle. But, if you make a mistake, it can compromise your whole lap and leave you with a recovery job for the rest of the lap.

Monza is a highspeed track without many corners. However, it is one of the oldest and most iconic tracks in motorsport, home to many famous corners. One of these is the Curva Parabolica, otherwise known as turn 11, the final turn before the finish line on the main straight.

Monza is known as the ‘Temple of Speed’, and the Parabolica lives up to this name. The Parabolica links to high-speed straights, the straight after the Variante Ascari between turns 10 and 11, and the main straight running parallel to the pitlane. As a result, drivers often arrive at the corner at around 186 mph (300 km/h) and only change down three gears, reaching 124 mph (200 km/h), before exiting it onto the main straight.

The corner is vital to set up a good run down the main straight, which can make the difference between a good and bad lap. Therefore, drivers must nail the corner perfectly if they don’t want to compromise their lap. It is also an iconic corner as it is the final corner drivers must navigate before ending the race, which often means there is a lot of excitement surrounding the turn.

Formula 1 cars go at all sorts of speeds around corners. The slowest corner forces drivers to slow right down to 50 km/h, whereas the fastest ones can be approached at over 300 km/h before drivers quickly change down to ensure they stay on the track. Corners are where drivers really prove their worth, and they can often prove to be the difference between a good and bad race.

Louis Pretoriushttps://onestopracing.com
Previous article
Do F1 Drivers Need To Be Short?
Next article
How Much Do F1 Engineers Earn?