How Hot Do F1 Engines Get? 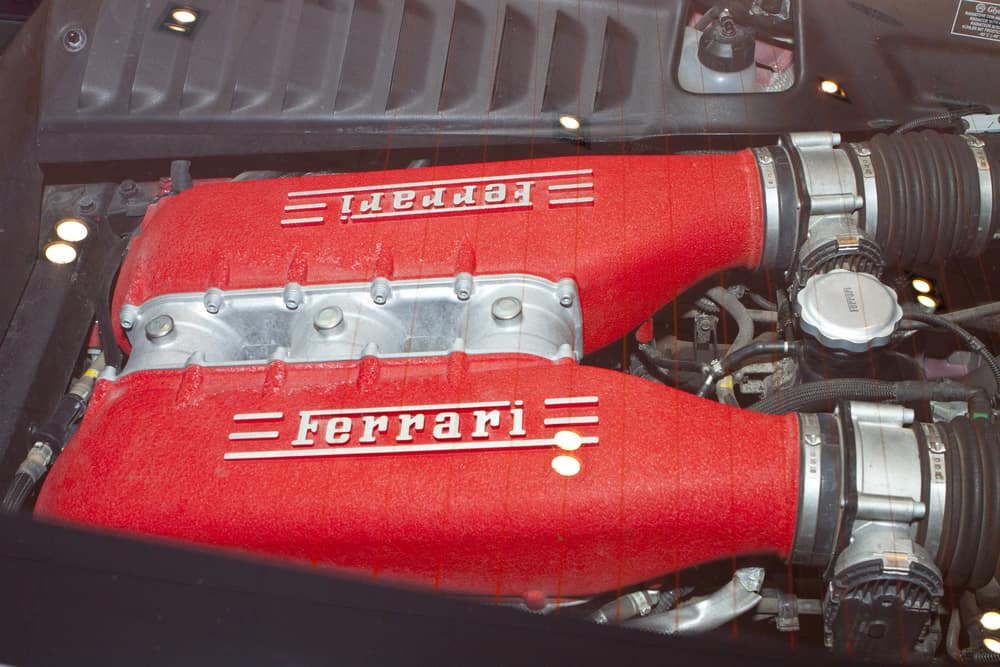 Unmatched in their speed and performance, Formula One vehicles require immense power to achieve the top speed and acceleration needed to be competitive. This power places a massive strain on the engine, so how hot does a Formula One engine get?

At the point of combustion, a Formula One engine can produce heat exceeding 4700F; that’s half the temperate of the sun’s surface! The reason for the production of such high temperatures is the friction caused by over 5000 compact components as well as the rate and aggression of the combustion.

Why Does A Formula One Engine Get So Hot?

The primary component of a Formula One engine is the internal combustion engine (ICE). As the name suggests, the purpose of the CIE is to facilitate the combustion of fuel for to turn the crankshaft, which subsequently turns the wheels.

This is achieved via the direct injection of fuel, coupled with air to allow for the efficient and continuous internal combustion needed to rapidly power the pistons of the Formula One engine to produce large quantities of kinetic energy.

The movement of the pistons is a small portion of the moving parts within a Formula One engine, as further moving parts, including but not limited to the turbo and the compressor, work in conjunction with the MGU-H, resulting in increased heat.

For a visualization of the operation of a Formula One engine, the following link provides access to Chain Bear’s YouTube video “The Hybrid Power Unit in F1 explained (2016)”:

Therefore, the need to achieve a power output above 1000 horsepower, coupled with the lightweight and compact design of the engines, means that Formula One engines can reach dangerously high temperatures.

This necessitates the need for advanced cooling systems to ensure Formula One vehicles and, by extension, their drivers remain safe and fully operational over race weekends and throughout the Formula One calendar year.

Why Are Formula One Cooling Systems Important?

Before unpacking how cooling systems reduce heat in a Formula One vehicle and, by extension, a reduction of heat across the vehicle in general, it is important to understand why cooling systems are so important.

Generally speaking, there are three reasons why cooling systems are important for the performance of a Formula One vehicle:

Thermal expansion is the chemical process whereby metallic components increase in size as they are heated up. Understandably this needs to be avoided at all costs, as the majority of a Formula One vehicle is constructed from metal alloys.

Outside of the pure material makeup of a Formula One vehicle is the vehicle’s design, whereby intricate parts are packed tightly together. Meaning that any type of thermal expansion can have a knock-on effect on the vehicle’s operation in its entirety.

Thus the combination of material wear, component distortion, and loosening of joints presents both reliability and longevity issues for teams. This results in immediate performance reduction during a race and financial costs on vehicle parts afterward.

Similar to how electronics in the residential and commercial space, such as phones and laptops, have reduced longevity and performance when overheated, so do the electronic components of a Formula One vehicle.

While the electronic components close to the ICE are the primary area of concern, such as the MGU-H or the turbocharger, the myriad of sensors throughout a Formula One vehicle requires optimal temperature across the body of the vehicle to be operational.

With temperatures exceeding 140F, depending on the weather and track conditions, cockpits have been recorded to reach dangerously high temperatures.

While drivers seek to climatize to this heat via training, hydration, and the option of opening their visors, it remains vital that cooling systems are fully operational; as a further increase in heat could severely hamper the performance and health of drivers.

When considering that the engine is installed behind the driver’s seat, it is understandable why it is necessary to minimize heat dispersion through the cockpit.

How Do Formula One Cooling Systems Work?

Put simply, the cooling system’s primary mode of functionality is found in its reliance on the Second Law of Thermodynamics, that being: in a closed system, the transfer of heat moves from a hot object into a colder object.

To achieve this, Formula One vehicles use pumped liquid in a process known as liquid cooling. Therefore, while the engine continuously produces heat, a pump sends cold liquid through a series of tubes through the engine.

Through the Second Law of Thermodynamics, this cold liquid acts as a cold conduit to absorb the heat being produced by the engine, thus cooling the engine and heating the liquid running through the series of tubes.

Once the hot liquid exits the tubes of the engine, it moves into a radiator, where the hot liquid is dumped from the vehicle into the air outside. As such, radiators are made of fan-like shapes with a large surface area to quickly and efficiently dump the hot liquid.

However, there is not a single radiator that acts as a tunnel to expel hot liquid; instead, the liquid passes through a series of tubes throughout the car, overlapping specific radiators of components such as electronics, and expelled mostly through the exhaust.

Although the power produced by a Formula One engine is a feat of engineering, this power needs an equally impressive display of engineering via its cooling system to keep the engine operational when experiencing extreme temperatures.

Louis Pretoriushttps://onestopracing.com
Previous articleHow Hot Is An F1 Cockpit?
Next articleHow Expensive Is An F1 Crash?