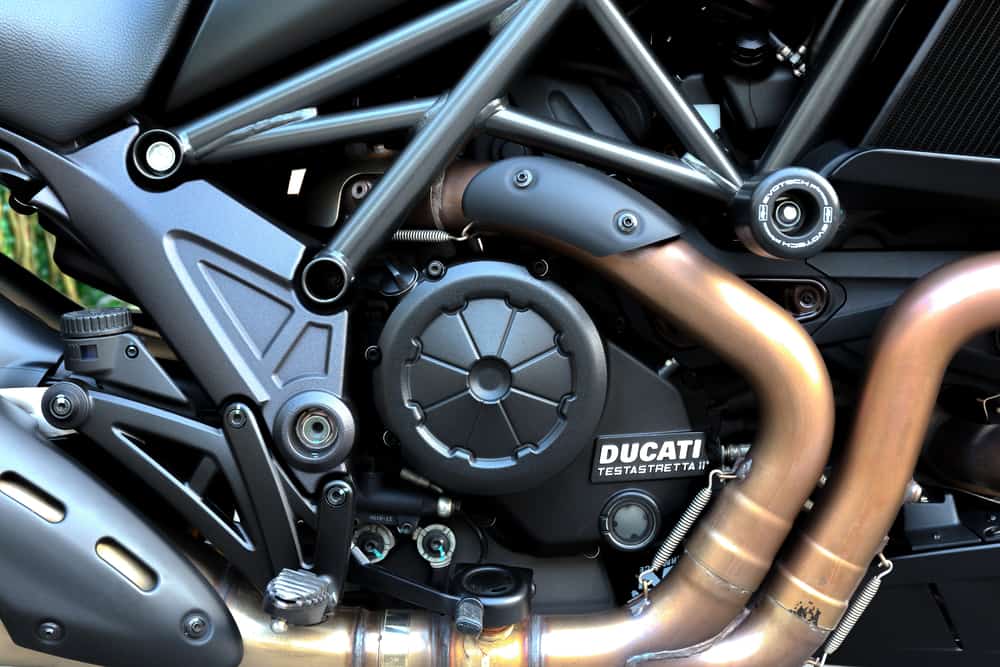 Moto GP is the motorcycle equivalent of Formula 1 and is the oldest world championship series in motor racing, having been inaugurated in 1949. The bikes are manufactured specifically for the series under strict regulations and are not available in road trim to the general public.

Moto GP engines are designed to last for four races or around 2000 kilometers (1243 miles). The sophisticated engineering that goes into the production of a Moto GP engine is targeted at producing speed above all else, and every component is designed around this goal.

There is a multitude of factors to consider when looking at the longevity of a Moto GP engine. The distance of 1243 miles seems to be exceptionally low, but in fact, the reliability of each engine is the key to a team’s success, and the management of its use is a science in itself.

The History Of Moto GP Engines

While Grand Prix motorbike racing is now in its eighth decade, Moto GP as a brand was launched only in 2002, so it is the last twenty years that we will be looking at.

With the official birth of Moto GP, new regulations and new technology saw some dramatic changes to the engines. Up to 2002, the premier class allowed 2- or 4-stroke 500 cc engines, but in 2003, capacity was increased to 990 cc, and all engines were designed as 4-strokes.

In 2007 regulations changed again, and engine capacity was reduced to 800cc. This was the case until 2012, when changes were introduced, increasing engine size once again to 1000cc.

There are no regulations defining the number of cylinders or the configuration of the engine, so currently, one sees both V4 and straight-line four-cylinder engines being used as these appear to offer the best power-to-weight ratios and the best combination of speed and reliability.

Regulating The Use Of Moto GP Engines

There are six manufacturers providing engines in the current Moto GP season – Yamaha, Honda, Aprilia, KTM, Suzuki, and Ducati. Each manufacturer is allowed seven engines during a season, so their use has to be carefully monitored.

Making sure that the engines last is not just a question of quality parts and precision engineering. The strategy employed in rotating the use of available engines also requires the analysis of engine performance, track conditions, and other data before the bike is put out on the track.

Philip Island in Australia and Silverstone in England are two of the fastest tracks on the Moto GP calendar, with the former having a peak speed of 216 miles per hour.

While Superbikes, for example, use the same engines as are fitted to road bikes and are available to the public, Moto GP bikes use prototype engines manufactured specifically for the racing calendar.

Moto GP is a multi-billion-dollar industry, and the major manufacturers use the racing calendar to market and promote their brand. Riders who win the World Championship become cult figures and earn massive multi-million dollar incomes.

Because of this, winning races becomes the ultimate goal for riders and manufacturers, and the reliability of the bikes, specifically their engines, is the single most important factor. While they may seem fragile and prone to failure, the Moto GP engine is, in fact, an engineering masterpiece.

Louis Pretoriushttps://onestopracing.com
Previous article
How To Get Into Formula 1 Engineering
Next article
What Is ERS In F1?