How Long Is A MotoGP Race? 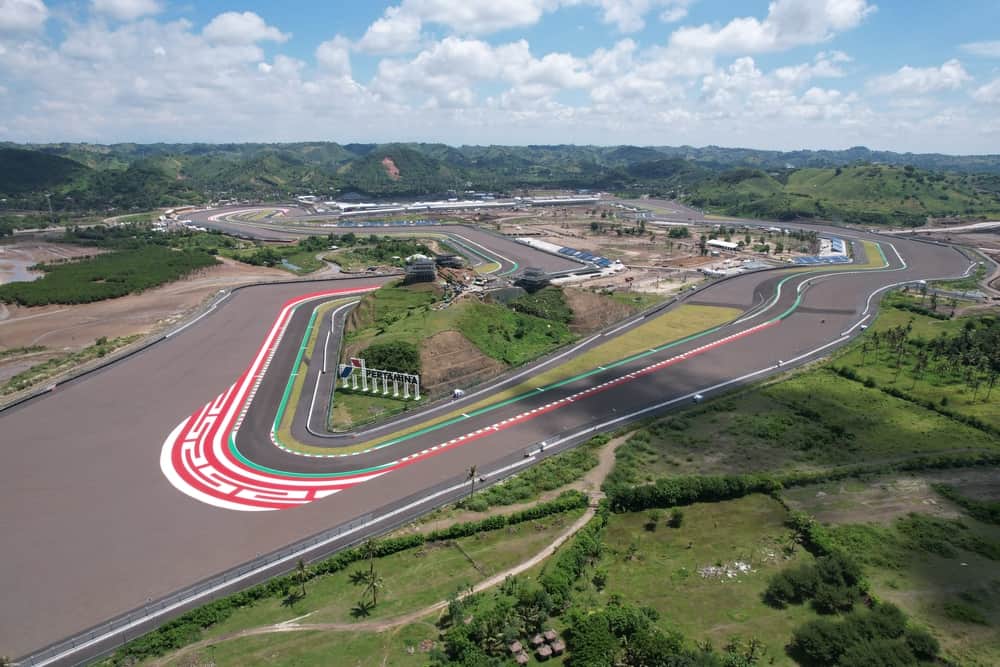 MotoGP races are held across the world at various top circuits. The riders and their elite 4-stroke motorbikes are heavily sponsored and well supported by fans internationally, so the stakes are high. Since no two circuits are the same, the distance and time to complete each race is different.

A MotoGP race is a high-speed sprint – with no pit stops – which lasts between 30 to 45 minutes while covering a distance of between 62.14 to 80.78 miles (100 to 130 kilometers). Factors affecting the total race time include the circuit length, weather conditions, and if there are any accidents.

Since MotoGP is broadcast live, and there are supporters in the stands, there is a further time frame imposed on how long a race should go on if there have been delays caused by weather, accidents, or flags that are not checkered (time is money!). Let’s look at the circuits for the 2022 season, their specs, and the MotoGP rider with the fastest lap time for each circuit.

The race circuits for MotoGP are determined according to popularity, availability, and sponsorships, so they vary from year to year. There are 20 MotoGP races planned for the 2022 season, all at different circuits. Some countries host more than one (or two) MotoGP races in a season.

With the bikes improving every year, the fastest lap times are improving at each circuit, although some records have remained unbeaten for a few years. Lap times depend very much on the riders’ proficiency, as it requires special skills to maneuver these bikes amongst other riders and around corners at high speeds.

The number of laps per circuit is usually consistent from season to season; however, they may change if the race officials deem it necessary to shorten a race due to severe weather or other restrictions.

With a circuit length of 2.98 miles, the Termas de Río Hondo MotoGP race on 3 April 2022 was set at 25 laps. Valentino Rossi’s lap record of 1:39.019 remains unbeaten since 2015. The retired MotoGP rider achieved this record on a Yamaha YZR-M1.

Circuit Of The Americas, United States

The Grand Prix circuit at Motorland Aragón is 3.16 miles long and consists of 23 laps. Franco Morbidelli set the fastest lap record in 2020 on a Yamaha YZR-M1, his time being 1:48.089.

Each MotoGP race differs in distance and duration depending on the circuit length, weather, and if there are any accidents during the race. An average MotoGP race is about 30 to 45 minutes long and covers a distance between 62.14 to 80.78 miles.

Louis Pretoriushttps://onestopracing.com
Previous articleHow Do MotoGP Riders Drink Water?
Next articleHow Many Races Are There In An F1 Season?