How Many Cars Do F1 Teams Have? 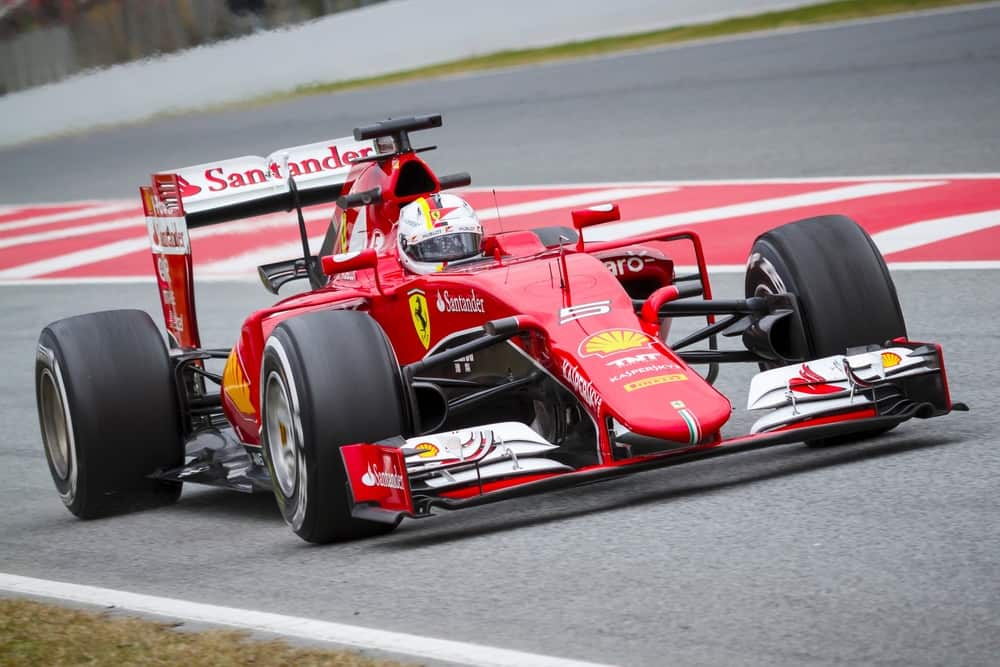 Formula 1 is a sport where drivers are constantly pushing the limits. As a result, they tow a fine between nailing the perfect lap and ending up in the barriers. Therefore, it is very easy to wreck a car to the extent that it cannot be raced. You may think having a spare car would be ideal. But is this the case? Let’s see how many cars F1 teams have.

Formula 1 teams have two cars. They do not have whole spare cars that can be used during a race. However, the different components are constantly changing, so the car that ends the season is very different from the one that started it.

While Formula 1 teams only have two cars (one for each driver), teams can make many changes to their cars during the season. Furthermore, they can repair cars during the race weekend if they are damaged in a crash. However, there are some limits to what can be changed and when. Let’s get into this and look at the rules regarding changing the components on an F1 car and why F1 teams only have two cars.

How Many Cars Do F1 Teams Have?

Formula 1 teams only have two cars. The cars usually start off the same for each driver. However, as the season progresses, the teams will make changes to individual cars as they develop new parts. Sometimes, parts will even be swapped between the cars.

While F1 teams only have two cars, they can change almost everything on the car throughout the season. This includes everything from the engine to the rear wing and other aerodynamic parts. Sometimes these changes will be necessitated by an accident, but other times, the changes will be voluntary, as teams seek to upgrade the car as the season progresses.

The only that teams don’t change around very often is the chassis, which includes the cockpit. This is sometimes changed, but not nearly as often as other parts. Sometimes, if the car is involved in a significant accident, it will be replaced entirely.

All these changes mean that by the time the season is over, the car is entirely different from what it was like when it started. It has usually been changed around multiple times to ensure that it remains competitive. Therefore, F1 teams technically only have two cars, but these cars are constantly undergoing upgrades.

Do F1 Teams Have Spare Cars?

In the past, Formula 1 teams used to have entire spare cars that they would take to the race weekend. This would usually be one extra care, but in some cases, it would be two. These would be kept in the garage and could be used by drivers if they had issues with their cars. These could be used in the first two laps if the original car could not be repaired in time.

Spare cars were banned in 2003, but teams still have a lot of wiggle room during the race weekend to repair damaged cars. Teams will bring spare parts for all the components of a Formula 1 car. This means that if a driver crashes during the free practice and/or qualifying sessions, they will still be able to participate in the race because their entire car will be repaired.

However, there are many other rules regarding changing parts in a Formula 1 car. Specific components can only be changed a limited number of times during a season before receiving a penalty. Read on to find out what these parts are and what restrictions are placed on them.

What Parts Can Be Changed During an F1 Race?

However, it takes around 10 seconds for the old front wing to be taken off and the new one to be attached. Therefore, this will only be done when the front wing has been damaged during the race.

Teams can repair damaged cars under red flag conditions (when a race is stopped and the cars temporarily return to the pitlane). However, anything that is replaced must be replaced with a spare part of the same configuration as the original. Teams can work on the cars for as long as the race is suspended due to the red flag.

What Parts Are Limited During an F1 Season?

Specific components of a Formula 1 car can only be changed a limited number of times during a season before incurring a grid penalty (starting further back than the position you qualified in). The number of times certain components can be changed includes damage as a result of a crash, so sometimes teams will be forced to make unplanned changes.

The FIA, who govern Formula 1 and other motorsports, say “Unless a driver drives for more than one (1) Competitor, and subject to the additions described below, each driver may use no more than 3 engines (ICE), 3 motor generator units-heat (MGU-H), 3 turbochargers (TC), 2 energy stores (ES), 2 control electronics (CE), 3 motor generator units-kinetic (MGU-K) and eight (8) of each of the four (4) elements constituting a set of Engine exhaust systems during a Championship.”

Mechanical parts do not last forever and are subject to wear and tear or damage from a crash. Therefore, they need to be changed throughout the season to ensure the car performs optimally.

If a driver changes their engine more than three times throughout a season, they will incur a grid penalty. This grid penalty means they must start at the back of the grid, no matter where they finish in qualifying. This means that drivers must ensure that they protect their engine as much as possible because having to change it can have disastrous consequences.

What Car Parts Are Changed Throughout an F1 Season?

F1 is a sport where innovation is at the forefront. Throughout the season, teams work on making improvements to their car. These are usually related to aerodynamic components, like the floor and the rear wing of the car. Directing airflow in these areas is vital. Therefore, teams are always looking to improve the way air flows over these areas and come up with innovative solutions to change its direction.

The bodywork on the car will also be changed if it gets damaged. This is for aesthetic and aerodynamic reasons. It doesn’t look good if the car is scratched or scraped, and this can sometimes obscure the logos of sponsors. It also may not provide ideal airflow, which could slow the car down ever-so-slightly.

Formula 1 teams only have two cars. This means that each driver has a car, and there are no spare cars. However, teams carry enough spare parts to every race to entirely rebuild the car no matter how much damage it suffers.

Louis Pretoriushttps://onestopracing.com
Previous articleBest F1 Games That Are Worth Trying
Next articleWhich F1 Car Is The Fastest?