How Many Spare Parts Do F1 Teams Have? 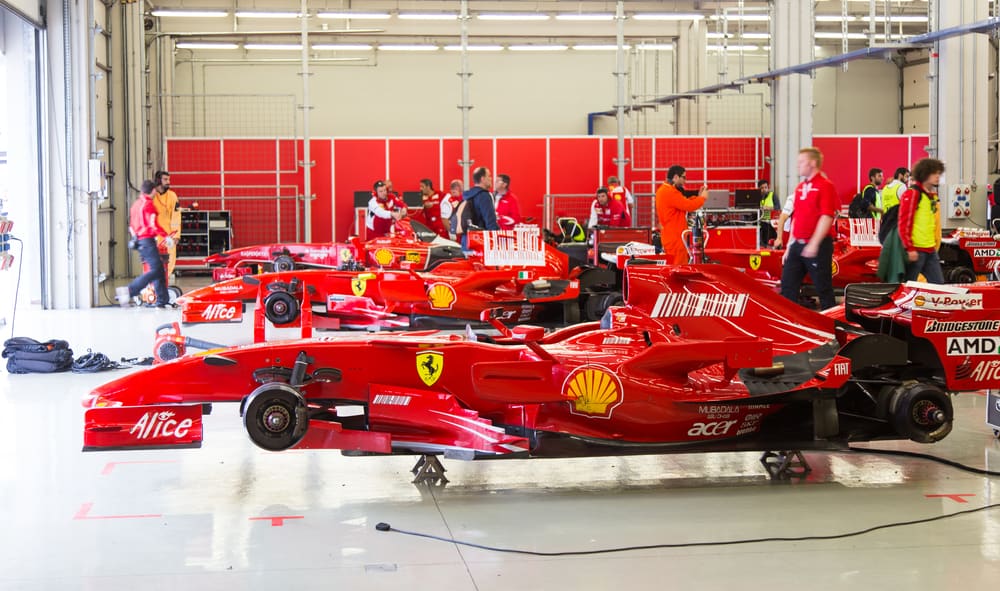 As a Formula One fan and avid watcher of Netflix’s “Formula One: Drive to Survive,” it got me to consider the technicalities of Formula One, most notably: How many spare parts do F1 teams have?

As of 2021, Formula One teams have a budget ceiling of $145 million. The budget cap means that teams may not stockpile parts and may only buy as many spare parts as the budget will allow, usually enough parts to reconstruct two cars since spare cars are banned.

Why Are Spare Parts For F1 Teams Limited?

The introduction of the budget cap by the FIA for the 2021 season is to improve the sport’s financial longevity and stability.

The ultimate goal of financial stability and longevity is to give all teams an equal chance of competing every race weekend, meaning an opportunity for midfield teams to achieve podiums and increase their financial and popularity standing in the sport.

While the budget cap is unlikely to automatically overturn the dominance of wealthier teams over their rivals with more modest budgets, evidence suggests a leveled budget will diminish the advantage of exorbitant development budgets.

This is because all teams will have to carefully decide how to spend their budgets, contrary to the previous status quo wherein wealthier teams could spend the entirety of a rival’s budget purely on a single expense, such as driver recruitment.

The budget being applied to all aspects of a team’s expenses extending to spare parts is a significant fairness component.

This is because wealthier teams no longer have unlimited spare parts as in previous seasons, meaning like their modest rivals, their drivers will have to exercise caution to avoid unnecessary damage and costly part expenditure by their team.

How Many Spare Parts Should An F1 Team Budget For?

The number of spare parts a team should budget for will be dependent on the structuring of their overall budget in terms of strategy, stage of research development, driver development, and salaries, to name but a few considerations.

For example, a wealthy team like Mercedes may feel that the majority of their budget should be spent on spare parts. This is because they may feel no need to spend more money on research and driver development, as they already top the field in this regard.

In contrast, a small team like Williams may feel that prioritizing driver development and research is more critical for the continued longevity team. As such, spare parts may be in short supply, with their drivers advised to drive cautiously as a result.

It must be noted that although the present wealth, level of research development, driver depth, and popularity of a team are all significant factors when considering budget allocation for spare parts, these are not intrinsically linked to the size of a team.

For example, although Haas is similar to Williams, meaning they are also lagging behind the bigger teams in terms of present wealth, research development, driver depth, and popularity, they have two young, volatile drivers.

Haas’s two drivers, Nakita Mazepin and Mick Schumacher tend to employ an aggressive strategy. This strategy, coupled with their relative inexperience, means an increased likelihood of vehicular damage and the need for spare parts.

While I’m not suggesting these are the budget allocations of these two respective teams, it is easy to understand via these hypothetical scenarios why the spare part budget allocation is both malleable and unpredictable for each team.

Due to the introduction of the “no spare car rule” in 2003, teams should have enough spare parts available to fully repair or build two Formula One vehicles over a race weekend.

To put into perspective just how many parts that may total, the number of components that make up an average Formula One vehicle is estimated to be over 80 000!

However, teams must pay consideration to the limitation on certain parts as per article 23.2 (a) of the 2021 Formula One Sporting Regulations:

Failure to adhere to the above regulation can result in fines and penalties being issued to teams and drivers respectfully.

What Happens To Spare Parts At The End Of A Session?

Upon the conclusion of race weekend, spare parts are shipped to each team’s Non Destructive Testing (NDT) department.

At the NDT departments, the parts are put through various tests, depending on their material, to determine if they should be reused in upcoming race weekends or put into further storage for subsequent resale, recycling, or destruction.

Typically at the end of each season, teams will upgrade their existing components.

This means that because of the highly competitive nature of Formula One and the degree of innovation arising from the research and development departments of each respective team, retired parts have to be stored by the teams who designed them.

The purpose of holding onto spare parts is to ensure that rival teams do not have access to these components and reverse engineer them to their benefit or to use them to improve their equivalent parts!

These retired spare parts are kept in secure storage facilities, cataloged, and logged onto databases to ensure that everything is traceable.

Once these parts are considered obsolete, they are made publicly available and sold, recycled, or refurbished.

Due to the abolishment of the spare car rule and the introduction of the budget cap, Formula One teams have finite budgets and finite cars on race weekends, meaning that a limited number of spare parts can be manufactured and transported by each team.

This adds a further layer of complexity and fairness to the sport, as the number of parts to be budgeted needs to conform to each respective team’s overall budget planning and longevity goals!