How Many Times Can You Use DRS In F1? 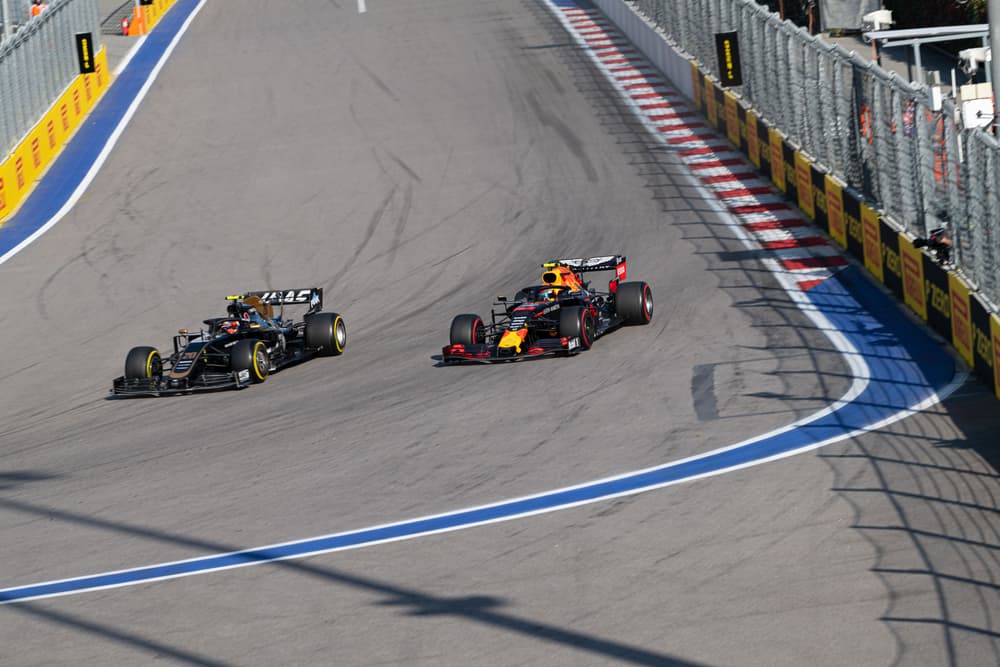 The Drag Reduction System, or DRS, is an element introduced with the idea of favoring overtaking. Although it has been heavily criticized for creating “artificial” overtaking, it has fulfilled its function. However, a question that arises is, how many times can you use DRS in F1?

In a race, DRS is available from lap 3 if there is no yellow flag or the track is wet. Drivers can use the DRS as many times as they want in the assigned DRS activation zones if they pass through the detection zones less than one second behind the driver in front.

When DRS is activated, the upper part of the car’s rear wing is raised, reducing aerodynamic drag so that the car gains speed on the straights and making overtaking easier. Let’s take an in-depth look at everything related to the use of DRS in F1.

How Many Times Can You Use DRS In F1?

In a race, DRS cannot be used all the time but must comply with several conditions. DRS cannot be used during the first two laps, nor when the track is very wet, or there is a full course yellow scenario, as these can be dangerous.

From lap 3 onwards, the Race Director allows the use of DRS in the zones assigned for it, called activation zones. Before these sections, there is a detection zone, where if a driver passes within one second of the driver in front, he can use the DRS through the activation zone.

Therefore, if these conditions are met, a driver can activate the DRS as many times as he wants. On average, there are two DRS activation zones at each circuit, and taking into account that F1 races are between 50 and 70 laps long, drivers can use the DRS, on average, between 100 and 140 times.

However, drivers use the DRS much less often, as they can complete many laps without having any driver less than one second in front of them, and other factors such as yellow flags, safety car, or rain also play a role.

Can F1 Drivers Use DRS In Qualifying?

F1 drivers can use DRS in qualifying as many times as they want, with the only restriction that it is used in the activation zones only. Therefore, if a driver passes through an activation zone, even if there is no car less than one second in front of him, he can always use the DRS.

This is because qualifying is all about getting the fastest time, so by using DRS, you can go faster on the straights and get faster laps without posing a danger to the other drivers. This rule also applies in free practice, as the aim of these sessions is to test all the settings and the car’s behavior on the circuit, so DRS is a vital part to test.

During the first two years of DRS, in 2011 and 2012, it could be used unlimitedly in practice and qualifying sessions, regardless of the activation zones, so drivers could activate it in any section of the circuit. As we will see below, these rules were changed for the 2013 season for safety reasons.

Why Is DRS In F1 Not Allowed All The Time?

If DRS makes cars go faster, why is it not allowed to be used all the time? It would be the logical thing to do, wouldn’t it? Well, not exactly.

The rear wing of an F1 car is designed to generate downforce, but as a consequence, it also produces massive turbulence called drag, which reduces the top speed of the car. The DRS works so that the upper part of the car’s rear wing is raised, thus significantly reducing drag and making the cars go faster on the straight.

DRS reduces aerodynamic drag, but it also reduces downforce, so it can only be used on the straights, as cars need to generate a lot of downforce in the corners, but not so much on the straights. The more downforce is created, the more the car sticks to the track, so it will have more grip and will be able to corner faster.

DRS is not only detrimental to cornering speed, but it is also dangerous, as having less downforce makes it easier for the driver to lose traction and crash. You can test it in the F1 game by opening the DRS and turning the car, and you will see that you will have a huge loss of traction.

How is DRS Activated In F1?

Many people might think that DRS is automatically activated when a driver passes through the activation zone within one second of the driver in front, but this is not the case.

DRS works manually, and the driver is the one who can and has to activate it. Drivers have a button on the steering wheel to activate DRS, and when they pass through the activation zone within one second of the car in front, a light on the dashboard indicates that they can activate it.

All teams use this system to activate DRS except Ferrari, which has a pedal next to the brake.

On the other hand, the DRS is automatically deactivated when the driver starts to push the brake pedal. DRS takes approximately half a second from the moment the driver presses the pedal until it is completely deactivated.

DRS is used to reduce the aerodynamic drag of Formula 1 cars on the straights to make them go faster and therefore make overtaking easier.

DRS can only be used in the designated activation zones when a car passes within one second of the car in front. As long as it meets this condition, it can be used as many times as desired in a race.