How Much Do F1 Engineers Earn? 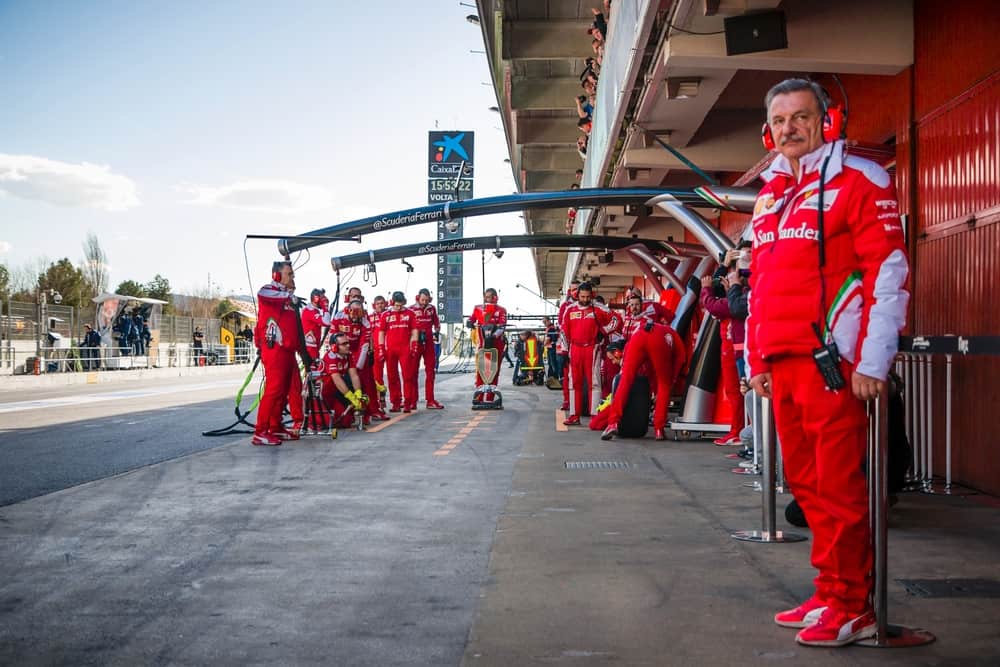 For many engineers, working for a Formula One team is a lifelong ambition for the prestige, travel opportunities, team dynamics, and to be part of one of the biggest motorsports spectacles in the world, but how much do F1 engineers earn?

How Much Do Formula One Engineers Earn?

The different salaries earned by different Formula One engineers are relative to one’s experience, qualifications, position held, the team one works for, and the sector in which they work (race engineer, software engineer, mechanical engineer, etc.).

Typically speaking, the median salaries for different engineers (circa 2018) was as follows:

Bonuses include, but are not limited to the following:

While salaries for Formula One engineers are good, they are considered comparatively low when comparing the salaries offered by similar industries, such as “big tech” software, aeronautical companies, or commercial car companies.

Some of the reasons for comparatively low salaries are the high demand for entry Formula One engineers and the high turnover rate given the intensity of the career and lengthy periods of travel during a calendar year.

Why Would You Choose To Become A Formula One Engineer?

Formula One engineers are important to the success of Formula One teams as key players such as the drivers, the team principals, and brand managers.

Formula One engineers are directly responsible for the performance of Formula One vehicles, the safety of Formula One races, the innovation Formula One brings to other motorsports and commercial vehicles, and the strategies that need to be introduced on race day.

Consequently, unlike other engineering jobs, which are purely commercial and often solitary in nature, Formula One engineers are typically fans of motorsport or Formula One and consider being part of a team sport as the primary motivator for joining Formula One.

Other benefits of being a Formula One engineer include the opportunity to travel, meet drivers and principals, and be at the forefront of motor vehicle innovation for both commercial and sporting vehicles.

Whereby all these different sectors work in tandem with each other, other teams, and the FIA to produce vehicles that maximize performance, safety, usability, and complement tracks and regulations to produce an entertaining spectacle.

Another benefit of becoming a Formula One engineer is the prestige of working for a Formula One team allows for the ease of movement into other recognized companies, should the engineer wish to work for Formula One on a short-term contract and consider more lucrative job offers following their completion.

Formula One itself is also a billion-dollar industry, meaning that opportunities for leadership positions, shareholding, or insider knowledge of the sport are all attractive options for engineers looking to branch into business-minded positions.

All this being said, Formula One engineers need to be tenacious, hard-working, patient, and willing to travel.

This is because Formula One is noted as being a highly stressful work environment that requires a large amount of traveling that often intervenes with one’s personal life.

How Do You Become A Formula One Engineer?

Unlike the structure of most other companies, professions, or industries, simply having an engineering degree and working for Formula One does not automatically make you a “Formula One Engineer.”

This is because it is common for multiple positions in a team or in the FIA to have engineering degrees, including but not limited to pit crew members, mechanics, safety crew members, FIA officials, and even media personalities!

Typically speaking, those wishing to become Formula One engineers begin their careers by showcasing exceptional grades at an advanced level in school, wherein STEM subjects like Maths, IT, Design, Physics, and Chemistry are essential.

Due to the competitive nature and specialized nature of Formula One, students are usually expected to couple their engineering degree with a specialized master’s degree in fields such as aeronautics, mechatronics, programming, design, etc.

Further to completing formal qualifications, experience is essential; possible avenues include joining a Formula Student Team (almost exclusive to Ivy League colleges in the United Kingdom such as Cambridge), acquiring a vacation/shadowing job, or providing services at racing events free of charge.

Although racing events need not be Formula One in nature, it is advisable to be involved with racing that follows Formula One rules as set out by the FIA and typically act as training grounds for Formula One employees (such as Formula Karting, Formula E, or Formula Two).

In conclusion, although not the most lucrative position for engineers, being part of a Formula One team as an engineer puts you front and center of vehicles innovations while offering unparalleled traveling and networking opportunities!