How Much Do F1 Team Principals Get Paid? 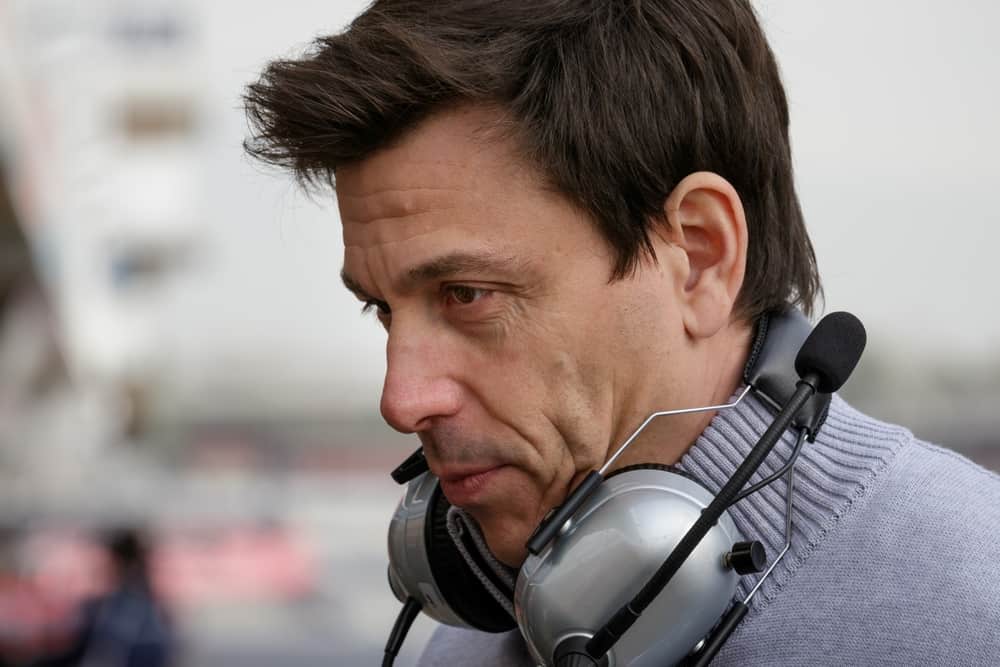 Formula One is a weird sport. On the one hand, it’s a sport of money; on the other, many of the people involved are down to earth. We get to know the personalities of the drivers and the team principals. We often hear about drivers’ salaries, but not many people discuss the team principals’ salaries.

Most team principals do not disclose their salaries, so it is impossible to give an accurate answer. However, it is reported that most of them have a net worth of around $5 million: the most popular team principals earn between 5 and $10 million per year. Toto Wolff’s net worth is $450 million.

In this article, we are going to take an in-depth look at team principals and how much they earn. At times it can get tricky, but we will discuss the salaries of the most famous individuals. We will then look at a few other key factors and notes that we think are important, so keep reading

After this section, we will look at three of the wealthiest team principals in F1. We want to give them each their own separate section because, to be honest, a team principal’s salary is not well known. So, for now, we aim to give a general overview before getting more specific.

We can say that many team principals earn less than their drivers even though they have a lot of responsibilities. For example, the team principal is responsible for whatever a driver is responsible for, but their work does not stop there. They need to oversee every aspect of the racing team to ensure that they produce results every race weekend.

They are also responsible for each department, such as marketing, PR, research and development, and much more.

Chris Horner Salary And Net Worth

By far, Christian Horner is the most well-known Formula One team principal, and for good reasons. His rise up the ranks is one of a kind, and he is known for being a ruthless team principal that doesn’t bow down to anyone.

Chris Horner earns approximately $10 million per annum and has a net worth of $50 million. He was the youngest team principal to be appointed at his time after he retired from F3000 racing.

Horner owns a beautiful farm in the UK where he stays with his wife, Geri Halliwell, the former Spice Girls member.

Toto Wolff Salary And Net Worth

The team principal of Mercedes AMG is Toto Wolff. His management style is significantly different from Christian Horner’s. However, both are known for having a no-nonsense approach to management and dealing with all aspects of race weekends. That includes dealing with the FIA.

It is reported that Toto Wolff earns approximately €8 million per annum and has a net worth of €450 million. However, he owns a significant amount of shares within Mercedes. So, his actual net worth is constantly fluctuating, and it is hard to pinpoint exactly what it is at any given time.

You might be thinking that his net worth does not match up with his salary. However, after Toto’s racing career, he started his investment firm. Since then, he has made some great investments that have seen his net worth grow. One of those investments has made him the co-owner of the Mercedes racing team.

Zak Brown Salary And Net Worth

Zac Brown is a former racer. He had a reasonably successful career. Once he was done racing, he co-founded United Autosports. The company is heavily involved in many types of racing.

Zac Brown’s salary as CEO and former team principal of McLaren is undisclosed. However, his net worth is over $100 million. A lot of his money can be attributed to McLaren. That said, it is essential to remember that he is a businessman who has his hands in several investments and companies.

There is a misconception that a team principal has to be the company’s CEO or a co-owner. Zach Brown is proof that a CEO does not have to be the team principal of a racing team. One job is separate from the other; however, some CEOs take on the responsibility of being team principals.

Claire Williams Salary And Net Worth

Being the daughter of Sir Frank Williams might seem like a dream. That said, Claire Williams has worked for everything that she has. Her career started when she was appointed as the press officer for the Silverstone racetrack in the UK. From there, she started working for her father’s company, Williams.

While her salary might be unknown, she has a net worth of $20 million. That figure could be a lot more, considering her family’s stature. Williams racing does not have the type of money that many of their competitors have, yet she still managed to keep them competitive in the brutal sport of F1.

Claire stepped down from her role as deputy team principal of Williams racing. Her involvement in the company is currently unknown; however, it is safe to say that she is still involved.

Do Team Principals Own The Team?

I want to discuss whether or not team principals own the team because I have seen a lot of misinformation spread about this. It is important to remember that a racing team could be separate from their parent company or sponsorship.

So, no, the team principal does not have to own the company or racing team. Also, they do not even have to be the CEO. It all depends on the structure of the racing team and its parent company.

The amount of work that an F1 driver does, goes far beyond what we see on the track. They spend significant amounts of time with the technical team analyzing data and formulating strategies. They also spend a lot of time practicing and, most of all, making sure that they are fit.

For example, we have already established that Chris Horner earns approximately $10 million per annum. One of his drivers, Max Verstappen, makes around $25 million per year. That is significantly more than his team principal. The figure we gave for Max’s salary does not include any bonuses. If you were to include them, he could earn over $40 million per year.

When it comes to teams that don’t have much money, it could be possible that a driver earns less than the team principal or around the same. However, that is extremely rare in F1. The driver trains almost his entire life. They deal with copious amounts of stress, and they put their life on the line every time they get in their car.

Do You Need Qualifications To Become A Team Principal?

Unless a job legally requires you to have a qualification such as being a medical professional or lawyer, you don’t need a degree or any qualification for that matter. Many professions accept individuals based on their experience, even if they are self-taught.

That said, I have never heard of a team principal that hasn’t got some form of a degree. Regarding what the degree has to be is impossible to say. One thing you will find with the best team principals is that they are former racers, not necessarily F1 races, though.

Whether you are an IndyCar, F1, or even GT sports racer, you could work your way to becoming an F1 team principal by pursuing education and gaining experience. Although there are different disciplines in the motorsport industry, the experience gained in any field is valuable throughout any motorsport.

Who Is The Highest Paid Team Principal?

After reading this article, you probably already know that Christian Horner is the highest-paid team principal in F1. When you consider that his rival is Toto Wolff, it might not make sense that he earns more, so why is this?

When it comes to two people who do the exact same job, the differences in their salary can come down to a few factors. Here are a few of those factors:

Is It Hard To Be A F1 Team Principal?

To become a team principal, you need to be a qualified individual. It would be best to show specific characteristics that are crucial to producing the best result possible. One of the most significant factors of being a team principal is stress, but when you look at their duties, you can see that being an F1 team principal is challenging. These duties include:

Now, the team principal will not do all of that by themselves. They have employees that they rely on. However, every division and department will report back to the team principal, and if there are any problems, they need to solve them. After all, being the team principal or CEO means you are responsible for the entirety of the business.

I hope that we see more transparency when it comes to how much team principals earn. After all, most sports teams disclose this kind of information because it is important for the fans.

Many people are surprised when they find out that the drivers make more than their boss. Most sports are generally like that, including football. Many of the managers don’t get paid as much as their star players.