How Much Do You Make Winning an F1 Race? 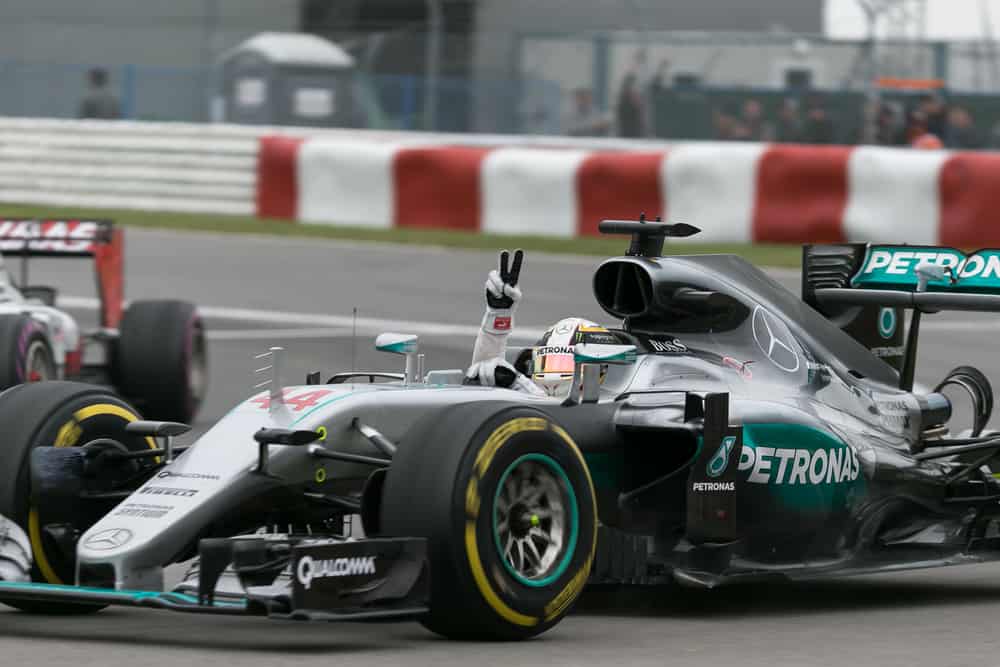 There is a lot of money to be made in Formula One if you are a successful driver. In 2020 reports showed Formula 1 earned $2 billion in revenue. How much does a race winner take home, or how much does the team earn? Here we answer all the questions about Formula 1 prizemoney.

Formula One drivers do not receive prize money; their teams pay their salaries. Generally, the drivers or the teams do not disclose their total earnings. The highest-paid F1 driver is Lewis Hamilton, who earned $65 million from his contract with Mercedes. His per race salary is $2.9 million.

F1 drivers are the highest-paid athletes in world sport.  Their salaries are calculated as per their contracts with the respective teams and bonuses, so how much do they earn per F1 race?

How is an F1 Race Driver’s Salary structured?

The salary of an F1 race car driver depends on the contract he signed with the team and bonuses and points earned during the season.

Formula One drivers don’t usually disclose their salaries, just like you won’t go around telling everyone how much you earn; they keep that information private. However, it doesn’t stop people guessing or speculating how much they make. Formula One finances are a well-guarded secret, and its structure is complicated.

How F1 Prize Money is Calculated

Formula One never discloses how much everyone earns, but the formula they use for calculating the prizemoney has been reported publicly so that we can calculate accordingly.

Income from an F1 race can easily be $100 million to $140 million, and that total keeps increasing each year.

Prize money in F1 is divided into two, with one half divided amongst the top 10 ranked teams in the championship based on their reported race results. The other half of the money goes to shareholders and the Formula One group. The primary prize money is calculated at around 47.5 percent of Formula One’s profit.

On top of that, Ferrari receives an estimated two and a half percent of the prize money, but that percentage could be increased over the years. The two-and-a-half percent payment was a special deal agreed with the F1 group because Ferrari is the most prestigious and oldest team in the sport and should be kept happy.

Formula One Driver Salaries According to Their Contract and Bonuses

An F1 driver’s salary is typically high, and the contract can include performance-based bonuses. The driver receives a payment based on winning a race, finishing above a position, or scoring points; it depends on what is stipulated in his contract.

When Kimmi Raikkonen returned to F1 in 2012, he negotiated with Williams and the Lotus team boss Gérard Lopéz agreed to a €50,000 bonus for every world championship point Kimmi scored during the two-year contract as an example. He was so successful at earning points he accumulated 390 points in two years, which earned him €19.5 million in bonuses.

In 2018 Lewis Hamilton signed a two-year extension contract with Mercedes that gave him a base salary of around $30 million. Calculating the bonuses he received pushed the total to over $50 million per year for 2019 and 2020.

According to Forbes, Hamilton’s worth was estimated at $54 million in May 2020.  His endorsements alone reached $12 million, which pushed Hamilton’s career earnings close to $285 million.

Red Bull pays Verstappen’s salary, and they also pay his winnings for the F1 championship in Abu Dhabi 2021; because of his spectacular win, he is said to receive an additional $17 million in bonuses, bringing his estimated earnings this year to $42 million. His bonus is paid by contractual agreements and sponsorships rather than from F1. Verstappen is ranked number two on the Forbes list of highest-paid Formula 1 drivers.

Formula One group placed a cost cap on each team in 2021 of $145 Million throughout the season. This cost cap only applies to performance-based costs like building, optimizing engines, and car structuring, including salaries paid to engineers and other staff. The cost cap also applies to branding, bonuses, hotels, and travel expenses. Formula One driver salaries are not affected by the cost cap, and teams can pay their drivers as much as they like.

The 6 Top Earning Formula One Drivers

The number one spot goes to Michael Schumacher, who returned from retirement to race for Mercedes in 2009, but we all know his most noted career was at Ferrari.

Michael Schumacher was the second highest-earning athlete globally, with half of his income from Ferrari. Euro business magazine named Schumacher as the world’s first billionaire athlete in 2005.

A large portion of Schumacher’s net worth came from advertising. The German financial company Deutsche Vermögensberatung paid Michael $8 million to wear a 10 cm by 8 cm advertisement patch on his baseball cap.

Michael Schumacher owns luxury mansions on the shore of Lake Geneva. He is said to own a private island in ‘The World’ off the sunny coast of the UAE.

The number two spot on our list goes to Lewis Hamilton; the current Mercedes driver is now level with Michael Schumacher on seven world titles with Mercedes.

Hamilton’s estimated net worth is $280 million as one of the most marketable drivers with endorsement deals with Monster Energy, L’Oreal, Reebok and Santander, and many others thought to earn $ 55 million a season in sponsorships.

Lewis Hamilton received a knighthood on 15 December 2021 at Windsor Castle after being named in the Queen’s New Year Honours. Hamilton was knighted by the Prince of Wales, becoming the fourth F1 driver to receive the honor.

Hamilton made it to the Queen’s Honours List in 2020 after equaling Michael Schumacher’s record of seven championships. Hamilton is a British citizen, and a knighthood is a title given by a British queen or king for high achievement and services to their country.

Fernando Alonso became a star in the 2000s when he became the youngest Formula One champion and soon became a well-known name in motorsport.

The twice Formula One world champion is considered one of the greatest F1 race car drivers in history. His estimated income during his career is $ 240 million.

Fernando Alonso joined Minardi in 2001 and soon afterward joined Renault. This is where he ended Michael Schumacher’s dominance in F1.  Fernando later joined Ferrari, Mercedes, McLaren, and Honda. He signed a contract with team Alpine in 2021.

His successful career earned him an estimated income of $240 million and ranked him as the 24th highest-paid athlete worldwide.

Kimmi Räikkönen “The Iceman” is one of F1 most loved drivers. The 2007 world champion confirmed his retirement from F1 and Alfa Romeo at the season-ending 2021 Abu Dhabi Grand Prix.

Kimmi Räikkönen is nicknamed ‘The Iceman’ because of his ice-cold calmness and cool demeanor under pressure.

He is worth around $200 million after a seventeen-year successful driving career. In 2007 he won his first and only F1 Ferrari title when he beat Lewis Hamilton with one point.

The Iceman was named the second-highest-paid athlete globally in 2009, placed just under Tiger Woods.

The four-time F1 champion is one of the most successful drivers in racing history. The 66-year-old is the oldest driver on the top earner list with an estimated net worth of $185 million.

Alain Prost invested in stock, property, and endorsement deals on top of his race earnings that secured his net worth. Alain Prost is considered a legend in motorsport.

The number six position on our list of top F1 earners goes to Irish driver Eddie Irvine who had a successful ten-year F1 racing career with Ferrari, Jaguar, and Jordan during the 1990s. After four wins at Ferrari, Eddie Irvine moved to team Jaguar in 2000. In 2001 he became the only driver to get team Jaguar to the podium. He retired from motorsport at the end of 2002.

Irvine reinvented himself as an investor and property developer when he retired. He owns numerous beach houses and holiday homes in Florida. Part of his portfolio is a luxury complex in the Caribbean. With many well-placed investments and an $18m superyacht, Eddie Irvine’s $180 million is well earned.

A successful driver in F1 can earn a lot of money, and reports showed in 2021, F1 earned more than $2 billion in revenue. Race winnings are not paid to drivers directly. Instead, the racing teams pay the driver’s salaries. F1 drivers receive additional bonuses through sponsorship opportunities and contractual agreements and endorsements rather than race prize money from F1.