How Much Does It Cost To Become A Formula 1 Driver? 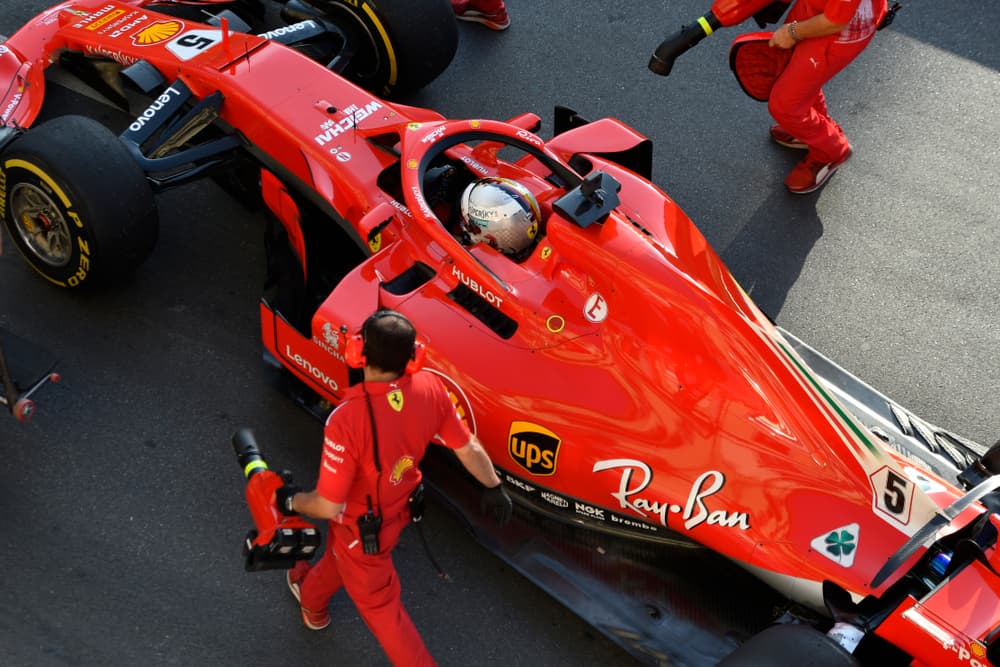 The road to Formula 1 is challenging, both athletically and financially. For a driver, trying to make it to F1 can be one of the most expensive investments of a lifetime, as it takes a lot of resources to reach the pinnacle of motorsport. That said, how much exactly does it cost to become an F1 driver?

The process of moving up to Formula 1 can cost around $7 million, as large amounts of money have to be invested in each lower category, which can take more than 10 years of 100% effort and dedication, as the competition is exceptionally high, and the success rate is very low.

Therefore, you need to have a decent amount of money to start your career in motor racing and start at a young age. Still, that doesn’t guarantee you will make it to Formula 1, as the competition is brutal. Let’s explore how much money you need to be an F1 driver.

How Much Does It Cost To Become A Formula 1 Driver?

Becoming a Formula 1 driver is a long, expensive, and arduous road. The first step is to compete in karting, where kids start at 7 years old. The kart itself, fuel, equipment, and repairs can cost as much as $35,000, and then you have to add travel and entry fees. In total, if all goes well and your karting career lasts about 7 years, you can spend between $300,000 and $400,000.

After successfully passing through the regional, national, and international championships, at around 15 years of age, you can jump to single-seaters in the regional Formula 4, where the competition is exceptionally high. Each season in F4 is around $200,000. If you’re lucky, you’ll only be there for a year or two, and then you’ll move on to Formula 3.

There are many Formula 3 competitions, such as the European F3 or Formula Renault, which cost, on average, about $400,000 per season. Drivers usually make their debut between 16 and 18 years old, and if they are good, they will stay for only 1 or 2 years. After that, they can jump to FIA F3, which costs about $600,000 per season.

If you stand out from the rest of the drivers in one or two seasons, you can make your debut in Formula 2, which is the last step before F1. F2 is prestigious and competitive, has excellent media exposure, and F1 teams follow it very closely. An F2 season costs around $2,500,000, and if you are good enough, it takes a couple of years to get through it and get noticed by an F1 team.

After overcoming all this, you are ready to compete in Formula 1. The road to the pinnacle of motorsport costs around $7,000,000, which is an indicative figure, as it depends on how many years you are in each category. It is extremely expensive compared to other sports, such as soccer, basketball, or athletics, which require little financial investment.

Racing Sponsors: How Do They Work?

As we have seen, the road to Formula 1 is costly and requires a lot of talent and a significant source of funding. But then, how did drivers like Fernando Alonso or Lewis Hamilton make it to Formula 1?

The lower categories of motorsport are the focus of many brands and small, medium, and large companies, who look at children and drivers they believe have great potential to sign them and pay for their career and thus continue to advance through the categories.

In this way, the drivers represent the brand and wear its logos, so they are an investment as they advance to more prestigious categories. With a larger audience, it will give greater visibility and publicity to the brand. Thus, many drivers whose families could not afford to pay for their careers have been able to move up to Formula 1.

Fernando Alonso, for example, received a lot of money from the Spanish telecommunications company Telefónica during his pre-F1 career. Similarly, Lewis Hamilton was sponsored by Mobil1 and McLaren, which ensured that the Englishman made the leap to the pinnacle of motorsport.

Sponsors in motorsport are a double-edged sword. While many pay for the racing careers of talented young drivers, at other times, they keep other talented drivers out of Formula 1 or another category.

Some sponsors (or wealthy families) provide large amounts of money to the teams so that, in return, they sign their driver. Therefore, some drivers are promoted thanks to the money they bring to the team and not necessarily because of their talent.

Thus, in Formula 1, there are drivers who “buy” their seats, offering great offers to the teams (especially to those with lower budgets) that they cannot refuse. This has been heavily criticized by fans, drivers, and teams, as, in this way, not necessarily the top 20 drivers in the world race in F1, but many of them do so because they have been able to buy a seat.

Many talented drivers, such as Roberto Merhi, are left without a seat due to a lack of funding. The Spaniard competed one season in F1 with backmarker Manor, beating his teammate, but lacking a sponsor, he was left out of the category despite this. Others, like Lance Stroll, come from wealthy families who act as sponsors and buy their seats.

Formula 1, and motorsport in general, is a highly complex world because you have to be extraordinarily talented and have a lot of money. To get to F1, you need about $7,000,000 during your years in the lower categories, which is within reach of very few.

Therefore, you will never reach the top of motorsport without a funding source, either through your own resources or by being sponsored by a brand, as many drivers do.