How Much Does It Cost To Sponsor An F1 Team? 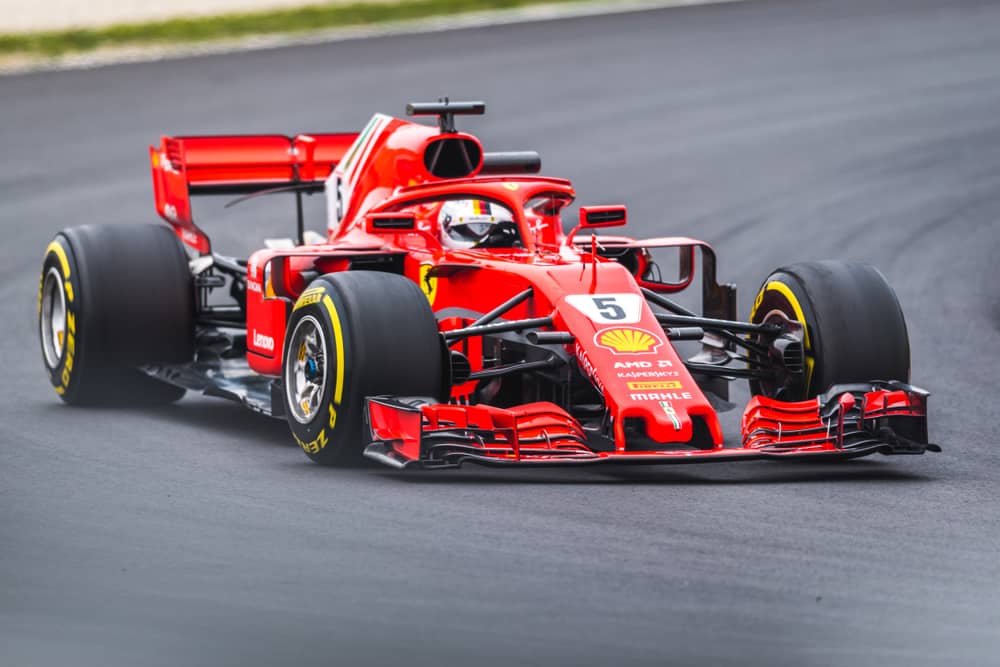 F1 is one of the most elitist sports, where money is king. So sponsors are crucial to the success of an F1 team, as teams at the front of the grid tend to be the ones with the highest spends. So how much does it cost to sponsor an F1 team?

It costs upwards of $100,000 to sponsor an F1 team, with the biggest sponsors on the grid paying a whopping $200m to sponsor some teams. It is a huge expense for a company, and different expenditure on sponsorship comes with different levels of coverage.

But to properly understand the figure involved in sponsoring an F1 team requires us to look at the reasons for huge differences in sponsorship costs.

How much does it cost to sponsor an F1 team?

Based on figures produced by RTR sports in 2020, the lowest figure any sponsor pays to sponsor an F1 team is around $100,00. It seems to be quite a common figure for the smaller spenders of F1 sponsorship.

Looking at the other end of the table, some sponsorships break the $100m barriers, with the highest being around $200m. This cost can change year to year, and it is a large output for some companies.

F1 sponsorship is incredibly important to the sport, with F1 bringing in around $30 billion from sponsors between 2004-2019. It can also be incredibly costly to be the TV partner of F1.

UK sports network Sky Sports paid a whopping £1B to extend their contract with Formula 1 to air all of their races until 2024. This money is split between F1 teams depending on the team’s performance in the previous year’s championship.

Who are F1s biggest Sponsors?

F1s main sponsors are the teams that are competing in the championship. Red Bull pumps around $200m into Formula 1 through the Red Bull Racing team, the same sort of investment we see Mercedes put into their F1 team.

F1 teams like Renault, Alfa Romeo, and Alpha Tauri will see their largest sponsors owning the racing teams. Red Bull gives Alpha Tauri around $50m per year, with the French people and Renault pumping around $115m into the Alpine racing team.

When you look at some of the biggest independent sponsors, it mainly looks at companies like Petronas, Honda, and Dell. They put millions of dollars into F1 through sponsorships of different teams.

How does F1 sponsorship change as you go down the grid

At the top of the grid, it is normal to see title sponsors put over $100m into their F1 teams, which is not something you will see further down the grid. One of the major driving factors in the big changes Williams has seen in the last few years has been a decrease in revenue through sponsorship.

Their 2019 title sponsor Rokit only gave the team $30m, so it is difficult for them to compete with a team like Mercedes, who are getting $30m from their third biggest sponsor, along with the $200m they get from Mercedes.

As you go down the grid, worse teams have lower sponsorship revenue. This is no coincidence. Teams like Williams have a lot less to spend on designing and building their car compared to a team like Mercedes. This makes it difficult for those teams to compete.

One of the big problems for Haas and their rookie drivers is that the team does not have a simulator. This makes it difficult for their young drivers to learn the newer tracks, whereas teams with higher sponsorship have more to spend to afford a simulator.

One of the more basic reasons for differing levels of F1 sponsorship even within teams is the amount you can see the sponsors on cars or branding. Lead sponsors like Shell, Petronas, and Honda are featured prominently on F1 cars, usually on the sidepod.

The sidepod is the biggest flat surface on the cars, so the sponsors can be seen most prominently when watching F1. Usually, sponsors who pay less money will also be advertised on the cars in less prominent places.

The rear wing endplates and the tip of the front nose are two of the most well-known places you will see smaller sponsors appear on F1 cars. The 2021 Red Bull features smaller sponsors AT&T and Esso on the rear wing endplates, as these two companies won’t pay as much money to sponsor red Bull as a company like Honda or Red Bull pay to sponsor the team.

Teams also do the same thing with their uniforms. The 2021 McLaren race suits feature brand logos like Pirelli, Dell, and Coca-Cola, all of which are sponsors of McLaren. F1 teams will attempt to show their sponsors however they can, as the more sponsorship means, the more money an F1 team receives, and the more they can spend on their cars to reach the front of the grid.

Why has F1 sponsorship decreased recently?

F1 sponsorship reached all-time highs around 2006 and has dipped by around 40% since then. The main driving factor behind this was the 2007 financial crisis. The financial crash pushed auto giants like BMW, Honda, and Toyota out of F1.

These manufacturers simply couldn’t justify the expenditure of F1 while the company was losing so much money during the financial crisis. These companies were pumping hundreds of millions into F1, and losing those three had big effects on the sponsorship f F1. It is still yet to recover, even with Honda returning to F1 as an engine manufacturer.

Another reason, especially in the last 5 years, for F1 sponsorship not being higher, is the growth of Formula E. Formula 1 is a bad sport for the environment because of the massive amount of support that has to be bought around the world by F1 teams.

Formula E is much better for the environment, bringing big sponsors like MBW, Allianz, and DHL to the sport. As consumers continue to become much more environmentally friendly, they could prefer Formula E to Formula 1, which would push sponsors to do the same thing.

Louis Pretoriushttps://onestopracing.com
Previous article
How Many Pit Stops Are There In F1?
Next article
Why Is The Mercedes F1 Team So Good?