IndyCar Vs. NASCAR: Which One Is More Popular? 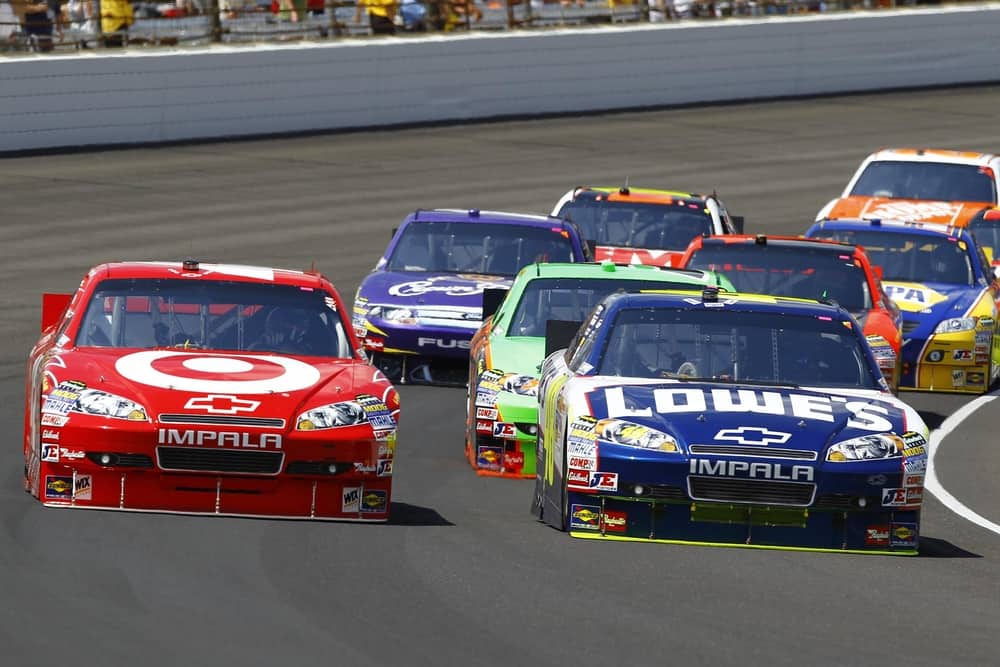 NASCAR and IndyCar are two of the most popular motorsports in the world. These two racing leagues are vastly different, but their fans are just as loyal as each other. This leads many to wonder if NASCAR or IndyCar is the more popular sport?

NASCAR is more popular than IndyCar. NASCAR is a significantly bigger sport than IndyCar and has many millions more fans and spectators. This is largely due to the age of NASCAR and how interactive the sport is. IndyCar is growing in popularity but has a long way to go to catch up to NASCAR.

Let’s analyze the popularity of these two motorsports more closely to better understand their popularity and why NASCAR is more popular than IndyCar.

Is IndyCar or NASCAR More Popular?

IndyCar and NASCAR are both very popular motorsports, each having millions of fans worldwide. However, there is much debate among the fans of these sports as to which is more popular.

According to the numbers, NASCAR is more popular and IndyCar. 61,000 in-person spectators flock to watch NASCAR races, while only 40,000 attend IndyCar races. NASCAR has a viewership of over a 10.1Million viewers per race versus the 1.8Million for IndyCar.

However, there are some exceptions to these figures. Very large IndyCar races such as the Indy500 are known to draw more than 300,00 in-person spectators, which is vastly more than the 160,000 spectators for NASCAR’s biggest races.

The viewership of NASCAR will always be higher than IndyCar overall due to the massive number of fans that watch on TV and online platforms. NASCAR routinely draws over 10 million spectators from all over the world for important races.

Some argue that NASCAR’s higher spectatorship is due to the fact that the NASCAR racing season is much longer than the IndyCar racing season. The fact is that even if you average out the sectators for each race in both racing leagues, NASCAR is still significantly more popular.

Is NASCAR Bigger Than IndyCar?

NASCAR is an overall bigger sport than IndyCar. NASCAR was founded in 1948, while IndyCar was founded in 1996. This gives NASCAR a head-start of 48 years. The NASCAR season is longer and includes more races than the IndyCar season, allowing more fans to get involved over time.

The reality is that it is very tough for IndyCar to compete with NASCAR regarding popularity. NASCAR is the second biggest motorsport in the world after Formula 1.

NASCAR has been around for a longer time; it attracts a bigger audience, has more races, a longer season, and is more popular internationally than IndyCar.

A bigger budget directly results in a bigger sport, as the sport is able to push the technology and mechanics of the sport further, advertise more, reach a larger audience, and pay for the best teams and drivers in the world.

All of this means that NASCAR is much bigger motorsport than IndyCar. This is not to say that IndyCar is small. IndyCar is among the top 4 most popular motorsports in the world, which is highly impressive since the sport is only 25 years old.

This is especially impressive considering the top three motorsports in the world are 75 (Formula 1), 73 (NASCAR), and 72 (MotoGP) years old, respectively.

How Did NASCAR Become More Popular Than IndyCar?

It is well known that there was a time in the 90s that when IndyCar was more popular than NASCAR. This may be hard to believe at first, but it’s true. So, what happened? How did NASCAR overtake IndyCar?

NASCAR became more popular than IndyCar by appealing to a larger audience, hiring drivers with a large existing fanbase, and increasing the overall standard of racing and the budgets available to the racing teams.

IndyCar always hinged its popularity on the racing. Unfortunately, this is not the most effective strategy regarding popularity.

IndyCar is far more impressive and much more of a spectacle to watch than NASCAR in many ways, but NASCAR quickly overtook in popularity by allowing the drivers to interact with fans on a more personal level, allowing the fans more liberties and interaction on the racetrack, and by appealing to the average Joe as well as high-end spectators.

NASCAR has events for regular fans and for high-end fans alike. This sport has done a great job of including fans from all walks of life.

NASCAR also endeavored to hire drivers who have an existing fanbase rather than using unknown drivers from small local circuits.

This combination of including everyone, allowing the drivers and fans to interact, and hiring well-known drivers caused NASCAR’s popularity to skyrocket very quickly.

IndyCar remained as small as it is largely due to the fact that it is considered to be a more elite sport and is aimed at reaching a more focused demographic than NASCAR.

IndyCar is not as popular as NASCAR right now, but is there scope for the motorsport to improve in popularity in the coming years?

IndyCar is increasing in popularity. More big-name drivers are competing in IndyCar than ever before, especially those from F1. This, coupled with the fact that IndyCar has a growing fanbase in Europe, has caused a drastic upswing in viewership in recent years.

IndyCar has never been as popular as the other big motorsports, but its popularity is definitely increasing.

Some European countries, such as Sweden, prefer IndyCar racing to bigger franchises such as Formula 1.

2021 saw the highest number of viewers for the Indy500 that ever before. This was largely due to the fact that the Monaco F1 Grand Prix was moved. Historically, both races have taken place on the same day, but in 2021 the Monaco race was moved to allow for better participation for the Indy500.

This move was a success and allowed some F1 drivers who would normally be racing at Monaco to compete in the Indy500, which caused a drastic increase in spectatorship.

All of these factors are very likely to result in a large increase in IndyCar’s popularity in the coming years, but the sport still has a long way to go rival the monster that is NASCAR.

IndyCar and NASCAR are both among the most popular motorsports in the world.

However, NASCAR is significantly more popular internationally than IndyCar. This is due to various factors, including the fact that NASCAR has been around for far longer than IndyCar.

IndyCar is growing in popularity, but it is no contender for the most popular motorsport as of yet.

Who knows what the future holds for IndyCar. The sport may very well become more popular than NASCAR in the future, especially if the trajectory of both sports continues as they are now.

If you love the world of motorsport like myself,...
Read more

Why Is Formula E So Slow?

Why Do Car Batteries Need Water?