Is A Bugatti Faster Than F1 Cars? 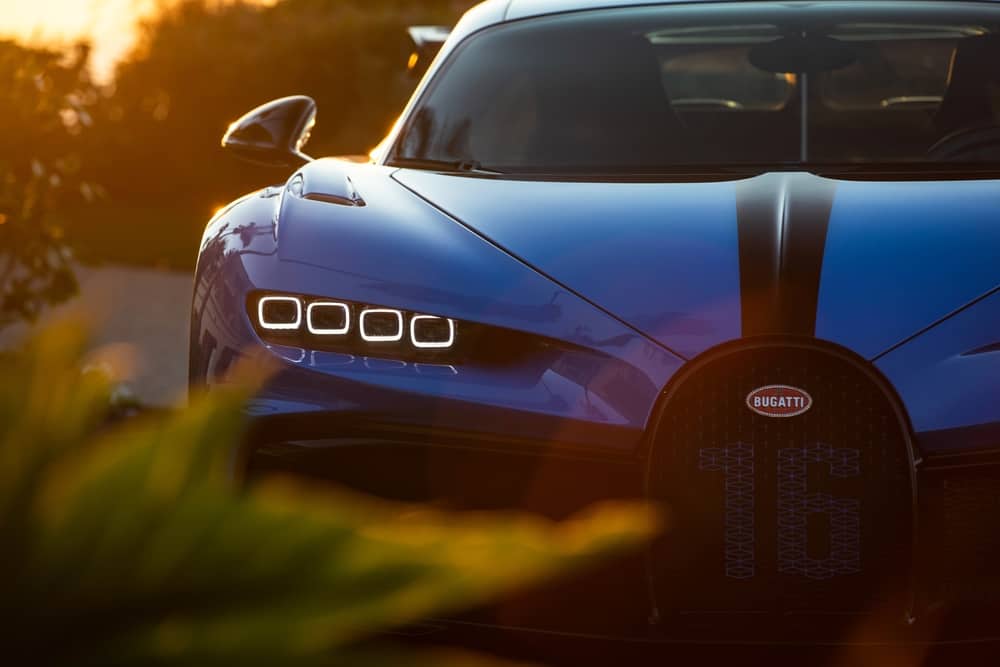 Bugatti has been around for decades and is a name synonymous with racing and hypercar production. The Bugatti Chiron 300+ is the fastest road-legal car available (to those who can afford one), but is it actually faster than an F1 car, and if so, when will it outperform an F1 car?

Bugatti is faster than F1 cars regarding top speed; the Bugatti Chiron 300+ achieved a top speed of 304,77 mph. The fastest speed of an F1 car ever recorded is 256,75 mph. However, when it comes to acceleration, F1 cars are faster than Bugatti due to their power-to-weight ratio advantage.

F1 cars are not designed to have the fastest top speed, but they are mind-blowingly quick and nimble around a racing track. Bugatti is the fastest road-legal car you can buy, but it will not beat an F1 car at its game. Considering that the average take-off speed for a Boeing 747 is 184 mph, both Bugatti and F1 cars require excellent engineering to keep them on the ground at such high speeds.

When Are F1 Cars Faster Than Bugatti?

As mentioned, F1 cars are designed to perform on racing tracks that generally have lots of tight corners and a few straights. They are made to be nimble and light, quick-accelerating machines that can launch off a starting grid, then maneuver around other drivers and bends at high speeds. They have trained racers as drivers, and the components of these cars total around $20.62 million.

In a fun attempt to see which car is faster, a British car show called Carwow organized an epic drag race between a Bugatti Chiron and a Red Bull 7 (RB7) from 2011 (and we thank them sincerely). Former Formula 1 racer, David Coulthard, drove the World Championship-winning RB7. These two cars did three races:

The RB7, with its insane acceleration, was able to beat the Bugatti Chiron in the quarter-mile race, crossing the finishing line in 9,2 seconds. The time difference was only 0,4 seconds faster than the Bugatti’s 9,6 seconds, which is not a big difference considering the Bugatti is three times heavier than the RB7.

Regarding the shortest stopping distance (100 mph to 0), the RB7 outshone the Bugatti too. The difference in stopping distances can also be attributed to the weight difference between the two vehicles, as a heavier vehicle needs a longer distance to come to a complete halt.

When Is Bugatti Faster Than F1?

Bugatti is faster than F1 cars when it has a chance to let loose its horses, and they can get to gallop. It can achieve this on the open roads with bends that aren’t in the shape of hairpins every few hundred yards. Of course, a Bugatti would do quite well on a circuit, but circuit racing isn’t in its primary design. Just like F1 cars are not designed to be road legal and cruising along the open roads.

In August 2019, the Bugatti Chiron Sport 300+ bumped the Hennessey Venom F5 as the fastest hypercar from its pedestal. The Bugatti was driven by a British racing driver, Andy Wallace, and clocked a mind-blowing record speed of 304.773 mph on the Volkswagen Ehra-Lessien test track in Germany.

The fastest speed of an F1 car officially recorded is 246,908 mph, almost 60 mph slower than the Bugatti’s record. So if you need to travel from coast to coast, the Bugatti would be a better choice because you can cover long distances faster and more comfortably in a Bugatti, plus have a passenger or two.

To get an idea of the Bugatti’s speed, The Manual calculated it as covering 450 feet in just one second. That is pretty impressive for a vehicle that weighs almost the same as the Ford-F150 pickup truck (yet they are so, so different). To watch Bugatti’s video of Andy Wallace driving their car into the record books, you can follow this link.

So Which One Is Faster: Bugatti Or F1?

We know that Bugatti and F1 cars are superb engineering feats, and both can go incredibly fast. Both cars are made of carbon fiber, and many components are hand-assembled when manufacturing these cars. Design, engineering, and passion go into each vehicle; both are exceptional, exotic beasts manufactured to be the fastest in their different play arenas.

So, to compare them on the grounds of which one is faster, you need to be more specific, i.e., faster at what? Faster top speed or faster acceleration? As you have seen, each of these cars has its niche where they outperform the other, so you should be more specific if you want to compare apples with apples instead of broadly comparing fruit with fruit.

For the sake of interest, here are some specs of the $3 million Bugatti Chiron and the Red Bull 7 (RB7) from 2011, as pitted against each other in a few different drag races organized by Carwow in 2021. The specs have been adapted from ZePerfs and The Drive:

As mentioned, these specs are of the Bugatti Chiron, driven by its owner, named Shaz, and the RB7, driven by David Coulthard. However, there are faster Bugatti Chirons on the market, like the Chiron Sport 300+, which has the title of the fastest road-legal hypercar. In F1, a few records have been made off the track by teams other than Honda. Two of the FIA-recognized speed records are:

Bugatti is faster than F1 when it comes to top speed. These cars are the fastest road-legal cars worldwide and can go faster than 300 mph, depending on the model. When pitted against an F1 car, a Bugatti is slower in accelerating because it is three times heavier than an F1 car, which is designed to be light and nimble around race tracks, not on open roads.

Louis Pretoriushttps://onestopracing.com
Previous article
Why Do Tires Lock Up F1?
Next article
Does Each F1 Driver Have Their Own Engineer?