Is Audi In Formula 1? 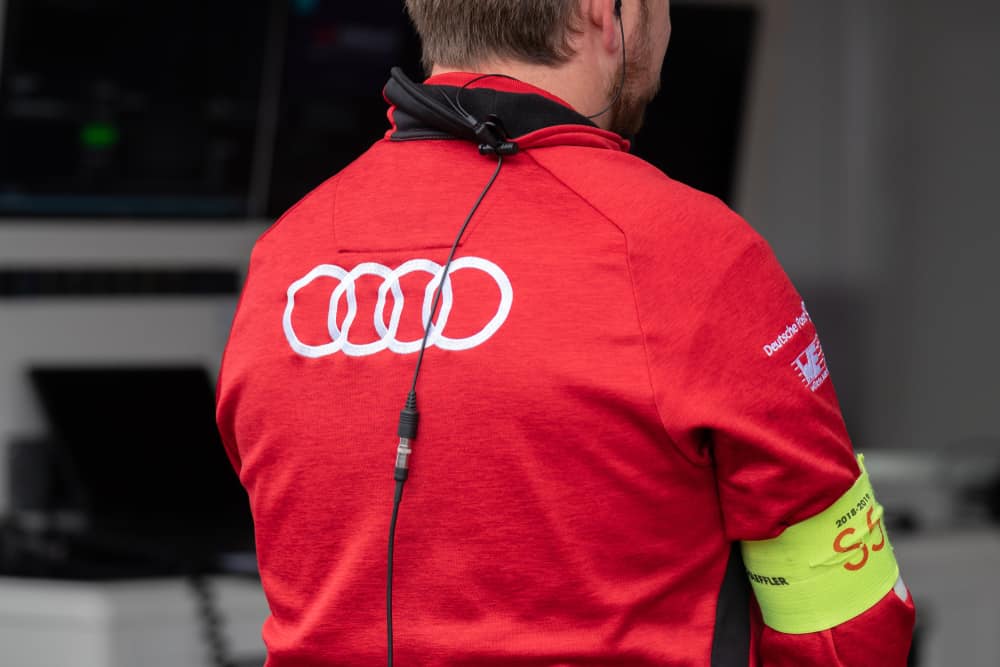 Despite years of rumors, Audi has never been a part of Formula 1. However, this is set to change in 2026. With engine regulations set to change again, Audi is finally slated to join Formula 1 as a powertrain supplier. Whether Audi teams up with Red Bull or McLaren remains to be seen.

From why the manufacturer decided not to join initially to the comprise Audi reached with F1, we’re going to break down what you need to know about Audi’s current and future participation in Formula 1.

Is Audi In Formula 1?

When it comes down to Formula 1, there are many well-known car manufacturers who take part in this motorsport. This includes manufacturers like Ferrari, Mercedes, and Renault. Many F1 fans have wondered whether Audi is in Formula One.

Unfortunately, Audi is not currently part of Formula 1, nor has Audi ever been a part of this motorsport. Over the last decade, many rumors have circulated about Audi finally joining F1. In fact, nearly a decade ago, there were rumors that Audi was slated to replace Renault as Red Bull’s engine supplier.

Many F1 fans would love to see Audi join this championship. After all, Audi finally joining could potentially spark a rivalry with Mercedes-Benz. Now, who wouldn’t love to see these manufacturers going head-to-head in an F1 championship?

In 2013, F1 fans came close to seeing this realized. Unfortunately, despite these rumors, Audi has still not entered the world of Formula One. Many fans have wondered why exactly this is. Some of the reasons officials at Audi have provided may reveal what the future holds in terms of Audi entering Formula 1!

Despite perpetual rumors throughout the years, Audi still has not joined Formula 1. After all, many fans across the world consider F1 the pinnacle of motorsports, where automotive engineering is of the utmost importance – look at any modern F1 car, and you’ll see this is true!

The engineers at Audi certainly possess the required technology and expertise to put one of their engines on a Formula 1 racetrack. If they didn’t, fans wouldn’t be clamoring for them to join, and the rumors would certainly be less persistent. So, why haven’t they joined? In 2011, Audi’s racing director, Wolfgang Ulrich, provided justification for Audi’s lack of participation in F1.

Ulrich stated that a decision had been made in 1991 not to join Formula 1. The reason for this stems from the relevance of this motorsport to their cars and customers. Audi believed that Formula 1 had no real relevance to the road.

Due to this, Audi chose to focus on rallying and touring cars. By focusing on these endeavors, Audi helped put FSI and TFSI cars on our roads. However, it’s hard not to imagine the sheer possibilities if Audi were to join F1. Is there even still a possibility of this ever happening?

Will Audi Ever Join Formula 1?

Despite Audi’s previous comments regarding Formula 1, the manufacturer is now more likely to join than ever before. In fact, many F1 fans expected Audi to join for the 2022 season. However, this time fans’ expectations were based on facts!

In a letter penned by Audi’s CEO, Markus Duesmann, the CEO hinted at Audi’s potential entry into Formula 1. In the letter, Duesmann stated that Audi was “close to the finish line” and that they looked forward to a future partnership with F1. In the letter, Audi’s CEO even expressed his hopes that they’d be able to confirm their entry for 2022.

With all signs pointing to them joining for the 2022 season, many fans were left wondering why Audi didn’t join. In fact, Audi even attended a meeting with F1 stakeholders at the Red Bull Ring. At this meeting, the stakeholders were discussing the future of the engines utilized by Formula 1. All of this seemed very promising to fans.

Ultimately, the fact that Audi hasn’t joined F1 yet comes down to the engine regulations that are currently in place. However, Audi was able to reach a compromise with Formula 1, largely thanks to these meetings that were held. You’ll be glad to know that the deal that was reached gives us a timeframe for Audi finally joining the ranks of F1.

When Could Audi Join F1?

Formula 1 has stated that the engine used from 2026 onwards will be a V6 engine. Not only that, but this change in regulation will mark the entry of both Audi and Porsche into F1. It has been speculated that the basic turbo architecture of the engine’s power unit will remain the same, while the power output will increase.

While Audi joining F1 is now imminent, it has led to further speculation by fans. Naturally, Formula 1 fans around the globe are now wondering whether Porsche or Audi will team up with Red Bull. As we discussed earlier, there were rumors years ago that Red Bull was looking to team up with Audi for F1. Now, that might be a very real possibility!

However, new rumors have suggested that Porsche is also strongly considering teaming up with Red Bull for the 2026 season. It has also been suggested that Audi might team up with McLaren, bringing their groundbreaking engines to the team. There are many exciting possibilities with Audi and Porsche joining F1 as powertrain suppliers.

As negotiations and bidding wars commence, more details will slowly be revealed. However, one thing is for sure: 2026 is looking like an exciting shake-up for F1 as new manufacturers finally join their ranks as engine suppliers.

Over the years, Audi has had to defend its decision not to join F1. Instead, the manufacturer focused on touring and rallying cars. However, following years of speculation, Audi is finally set to join Formula 1 for the 2026 season as a powertrain supplier.