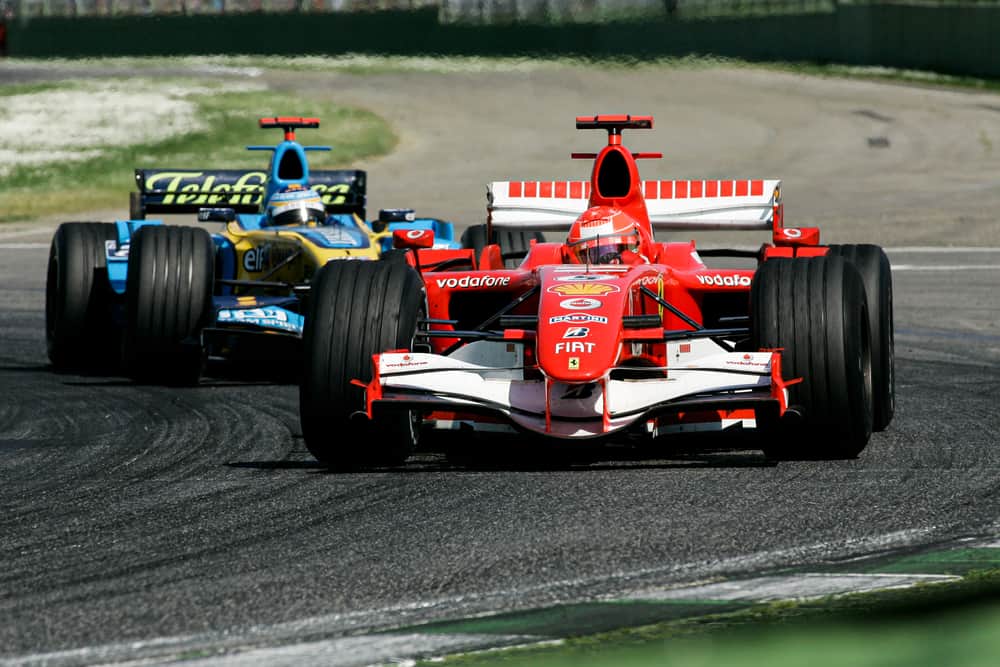 We all have that friend who at some point tells us, “Why do you watch Formula 1? It’s just cars spinning around, it’s not even a sport,” and you don’t even know how to answer. But are they right? Is F1 a sport?

F1 is a sport. Driving an F1 car is highly physically demanding, and drivers need great skill, physical condition, and mental strength. Cars are a piece of equipment, and drivers are as important as their car, as a good car without a good driver will not be enough to win.

According to the dictionary, sport is “a game, competition, or activity needing physical effort and skill that is played or done according to rules, for enjoyment and/or as a job.” F1 meets all these requirements, so let’s look at why people don’t consider it a sport and how difficult F1 racing really is.

How Difficult Is It To Drive An F1 Car?

The main argument that F1 is not a sport is that the cars do all the work, while drivers are just sitting and turning left and right. This couldn’t be further from the truth. F1 cars are extremely difficult and demanding to drive.

To drive an F1 car, you need hard and specific training apart from having talent and ability. During races, drivers withstand repeated G-forces through their bodies, increasing their heart rate and making it harder to breathe.

G-forces are accelerations that the body supports. In other words, G-force is what pushes you out of the seat when you’re on a roller coaster taking a corner or downhill, but in F1, it is much brutal.

In a normal state, we support a force of 1 G vertically, that is, gravity. When you are in your road car and brake as hard as possible in an emergency, you will experiment around a G horizontally. F1 drivers experience around 2 G when accelerating and 4-5 G when braking, that is, 5 times their body weight.

To withstand these brutal forces, drivers must train the entire body, especially the neck, arms, and core, so that is why F1 drivers are the athletes with the strongest neck.

The following video shows how G-forces act on an average person in an F1 car. You can see that his head slams forward and side to side in every corner:

Legs are also very important, as the brakes on an F1 car are much harder than those on a normal car. A force of 125 kg is required to fully depress the brake pedal, so drivers have to put an immense amount of pressure on the brakes several times per lap.

How Demanding Are F1 Races For Drivers?

Endurance is also a crucial aspect of training. Racing places stress on almost every muscle of the body, and during the hour and a half that a race lasts, the average driver’s heart rate is about 170 beats per minute due to fatigue, stress, and G-forces.

Drivers can lose up to 2-3 kg mainly of sweat per race, due to the high temperatures inside the cockpit, which could reach around 50º, being a very demanding job for the driver for a long time.

Furthermore, conditions vary for each Grand Prix, so drivers must adapt their training each weekend to the location of the next race, thus adding even more difficulty. Races like Singapore or Malaysia, where there is high humidity, and Bahrain or Abu Dhabi, which is very hot, are much more demanding.

Due to this, drivers hydrate very well before the race by drinking a lot, and during the race, they drink through a 1.5-liter tank of water in the car to avoid dehydration. At the end of a race, drivers end up exhausted and with very tired arms and legs.

If you want to get an idea of how exhausting it is to drive an F1 car, try the following experiment: go to your nearest go-kart track and rent one for half an hour. You will finish the session quite tired, and your arms will be shaking; keep in mind that it is a simple go-kart!

What Do F1 Drivers Do To Train?

F1 drivers train hard in the gym and play reaction games to train their reflexes. They also do specific exercises to train G-forces. As for driving, they train in realistic simulators, as they can only practice with a real F1 car in official sessions such as preseason.

The following video shows just some of the exercises that F1 drivers do to train. They don’t look easy:

The Mental Pressure Of F1 Drivers

Another important factor is mental fitness. The minds of F1 drivers are also pushed to the limit of stress, pressure, and fatigue. They need to have the ability to process information at such high speeds and then react at mere tenths of a second.

If you have ever seen an F1 steering wheel, you will have noticed that it has many buttons. During each lap, drivers must make numerous adjustments to balance and set up the car and communicate with their team by radio—all of this while driving, which makes for quite a mentally demanding job.

Does The F1 Driver Who Has The Best Car Always Win?

As for the argument that if you have a good car, you will have good results, there is some truth. Having a competitive car is essential, but there are numerous examples of drivers who have beaten others with worse cars and made the most of theirs.

Furthermore, we must understand that F1 is a team sport, so the skill of the mechanics and engineers also counts.

In 2012, for example, Fernando Alonso was fighting with Sebastian Vettel for the world championship until the last race, and he only had, at best, the fourth-best car. That same year, Pastor Maldonado, who was not exactly the best driver, won a race with Williams, not one of the best teams either.

This shows that a lot can happen during races and that the winner can come out by luck, strategy, skill, or a little bit of everything. A good driver can excel and show his talent in any car.

I think that the main reason people don’t give enough credit to drivers as athletes and F1 as a sport is lack of knowledge. It’s not their fault, as it looks easy from the couch in from of the TV.

I hope that in this article you have learned more about the sport and how tough it is and that the next time someone tells you that F1 is not a sport, you can give them a solid answer.