Is It Hard To Become A F1 Driver? 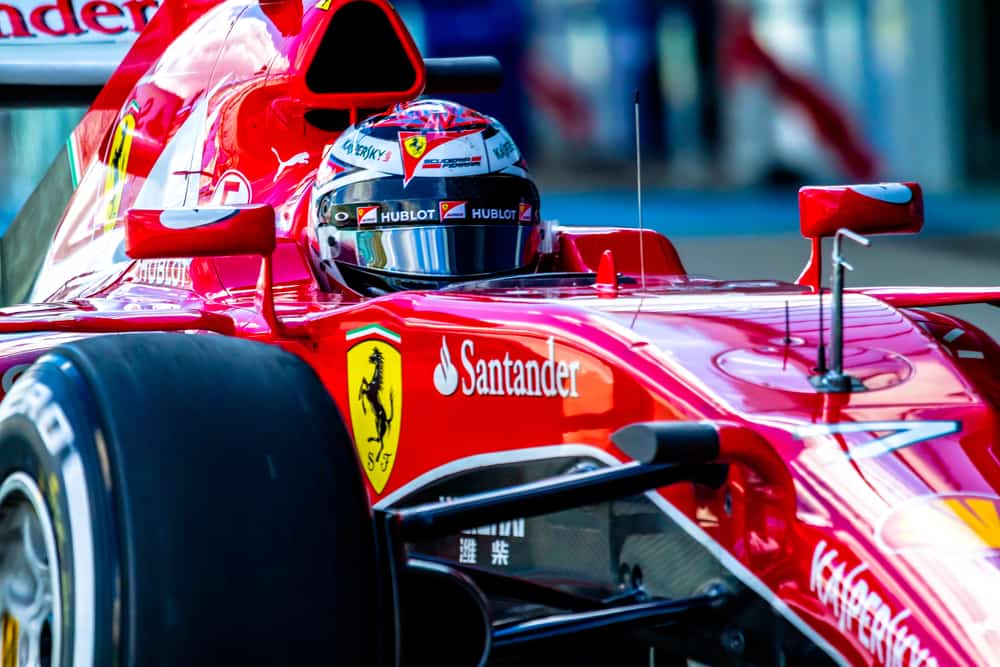 Formula 1 is one of the most spectacular sports in the world. There is no other motorsport like it, and many dream of becoming an F1 driver. Every fan of F1 could see themselves in the drivers’ seat, and this begs the question, is it hard to become an F1 driver?

Becoming a Formula 1 racing driver is very challenging, although not impossible. There are a very particular set of requirements for driving in F1, and all drivers go through a grueling process to get where they are. Let’s explore the truth about how hard it really is to become an F1 driver.

How Hard Is It To Become A Formula 1 Driver?

Formula 1 is one of the most popular sports in the world. There are millions of fans internationally, and every one of them has their own opinions about the sport and the drivers who compete in F1 races. Many F1 fans find themselves wondering how tough it really I to become an F1 driver. Is the process really as hard as they say it is?

The truth is that becoming an F1 driver is astronomically difficult.

The process of becoming a driver in Formula 1 requires a lifetime of effort, time, skill, practice, training, dedication, and work. Driving in F1 also requires more money than most people will see in their lifetime, not to mention the slim chances of becoming a driver simply because there are only 20 F1 drivers in the entire world at any given time.

This is without considering the actual requirements that every F1 driver has to meet, such as the correct number of driving points to attain the proper licenses, age requirements and limits, and hours spent in particular racing car classes.

Aside from the time, money, effort, and hoop-jumping required to get into F1, there are other racing leagues to conquer first, and every F1 driver must have at least a higher-than-average skill level and talent to even dream of keeping up with the other drivers in F1.

The long story made short is that becoming a Formula 1 driver is the biggest challenge in all of motorsport. The exclusivity, budgets, skill requirements, politics, and time frame required to enter the sport make it almost impossible for motorsport drivers to make it all the way to F1, regardless of how well they can drive.

Let us get into some of the specifics of what it takes to become a driver in Formula 1 based on the requirements that every driver must meet and the precedents set by the current top Formula 1 drivers.

The biggest precedent set by current Formula 1 drivers is the amount of time that they have dedicated to their driving career. The best drivers on the F1 grid in 2021 began their racing career at a remarkably young age, some drivers even starting as young as 4 hours old or below.

These drivers fought their way through go-kart leagues, Formula 4, Formula 3, Formula 2, and eventually into Formula 1, where they proved themselves while racing for smaller teams and were then brought on by bigger, better teams to become the best drivers in the world.

These drivers spend their entire lives behind the wheel of a race car of some form and dedicate everything that they have to become the best that there is. This is the standard in Formula 1. Becoming a driver in this sport will consume your entire life.

These mandated requirements alone make it incredibly difficult to become an F1 driver, as not just anyone has access to an F1 car to drive for 300 hours.

Let’s Talk About Talent And Skill

One of the most important atributes of becoming an F1 driver, one that cannot be overlooked or ignored, is raw talent and outright skill. The drivers that compete in Formula 1 are not only the hardest working drivers in all motorsport, but they are the best drivers in the world.

Competing in Formula 1 requires a skill level that is unparalleled and a level of natural raw talent that cannot be taught. These driers are outrageously skillful and are constantly honing their skills and abilities to become the best of all time.

This is another reason why becoming an F1 driver is so challenging. Every driver in F1 must be talented and skilled enough to compete with every other driver on the grid, and otherwise, there is no point in entering the race.

Can Anyone Become An F1 Driver?

Keeping all of the difficulties in mind, it is technically possible for anyone to become a Formula 1 driver. The drivers are still normal people who worked their way up through the various junior racing leagues into Formula 1.

This is a feat that can be undertaken by anyone, but it is not a challenge that can be completed by just anyone.

It takes a particular kind of person to make it into Formula 1, but everyone is permitted to give it a go. If you think that you have what it takes to become a professional racing driver, and if you start early enough in your life, you can work your way into Formula 1 with the right set of skills, the right budget, and ample time to get there.

It is incredibly hard to become a Formula 1 racing driver. There is no bigger challenge in motorsport. Every F1 driver has dedicated their lives to racing and has worked their way to the pinnacle of the sport, giving their entire lives for Formula 1.

The drivers in Formula 1 are the best in the world for a reason. There are no better drivers anywhere, and they all deserve to be where they are. These racing drivers are as good as they are due to their hard work, dedication, skill, talent, and effort.

Having a large amount of financial backing is vital as well because, without a budget that could feed a small country, it is impossible to make it into Formula 1. This is the most difficult driving seat to earn, and those that do are well worth the price that they paid to get there.